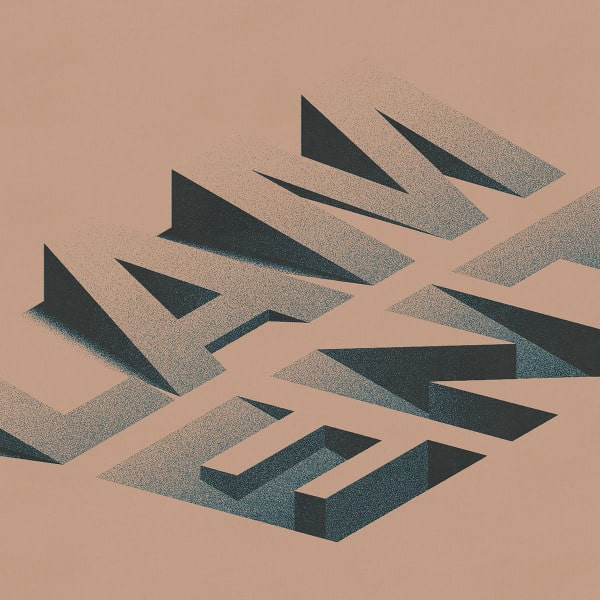 Lament is the sixth studio album by Los Angeles post-hardcore band Touché Amoré following a period of loss and heartbreak, the band hooked up with At The Drive In / Slipknot producer Ross Robinson. The band’s intensity met with Robinson’s vigour head on to produce a ferocious roar of an album.

This pre-order item was due in on 16th October 2020 but has been delayed - sorry! Please contact us if you need more details.

This pre-order item was due in on 16th October 2020 but has been delayed - sorry! Please contact us if you need more details.

For ‘Lament’, the sixth album from Californian screamo outfit Touche Amore, they hired a famously demanding producer to step outside their comfort zones. A producer’s job varies in contribution and participation dependent on who they’re working with, and well, who the producer is. Nigel Godrich is often touted as the ‘sixth member of Radiohead’, George Martin was arguably a more important element of The Beatles’ sound than Ringo, acts go to Rick Rubin to beef up their sound, Steve Albini tends to get all members in the same room and simply hit record, and Bob Rock’s relationship with Metallica has seen him fill in bass duties, act as a mentor, and launch them into superstardom with the commercially inclined ‘Black Album’. Touche Amore went for Ross Robinson, a figure behind huge, multi-million selling metal records from Slipknot, Korn, and Sepultura, and groups closer to the Touche sound like At The Drive-In and The Blood Brothers. The group have stressed the importance of Robinson in interviews and press releases, stating the massive sway of influence to their musical approach and the final outcome of ‘Lament’.

Before the recording of the album even began, Robinson asked frontman Jeremy Bolm to read out the entirety of his lyrics to the rest of the members, allowing them to pick through each detail so they could match their playing to the prose. It’s clear this approach had an effect, as ‘Lament’ is their most melodic, expansive, and decorated work to date, featuring many noticeable differences whilst keeping the angsty hardcore elements of their sound. Effect-laden guitars dominate the shoegazey title track, the increasingly defined and flashier bass playing both lurch forward and weaves through Bolm’s emotive shrieks, ‘Reminders’ mirrors folk punk’s call-to-arms anthemia, aggressively played strums give ‘Deflector’ a razor-sharp central point, and there’s even piano and acoustic work in the bizarrely self-referential closer ‘A Forecast’ and country flavoured ‘A Broadcast’.

Touche Amore’s embracing of new sounds has resulted in their most diverse and detailed record to date. Clever instrumental touches and production embellishments drive their melodic hardcore sound into new directions which catch the ear, whilst Bolm delivers yet another impassioned vocal performance which touches just as heavily as on confessional predecessor 'Stage Four'.