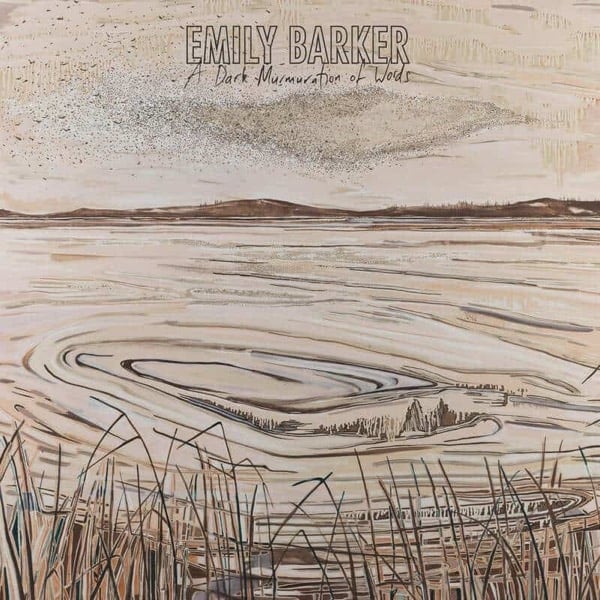 For her fourth studio album, Australian singer-songwriter Emily Barker widens her scope to encapsulate some of the grandest themes yet. A Dark Murmuration of Words examines our unconscious choices and unspoken prejudices, and essays the search for meaning in an increasingly loud, social media-driven world.

Limited edition, indies only white vinyl LP on Everyone Sang.

Deluxe Edition CD on Everyone Sang. Comes in a 24-page hardback bookpack.

CD on Everyone Sang.

Friends, trusted associates, fans, enemies, and frenemies: we find ourselves back at My Review Coalface, well-rested (I hope), fresh-faced (doubt it), and about to be anointed by the soot of my prose. I can't think of a better place to ease ourselves in than Emily Barker's new LP, 'A Dark Murmuration of Words', the fourth studio effort from the Australian folky.

'A Dark Murmuration of Words' is delicate and sparse. It’s modern 6Music folk for people who also like spiritual jazz and terse, organic electronica as well, yeah? Arrangements are intricately-modulated but intimate, too. You can hear Barker audibly drawing in breath on a few songs, as well as the odd squeak of fingers of strings. Barker is always the centerpiece of each song, her fine vocals capable of a hushed murmur as on ‘Strange Weather’, strident resonance on ‘Sonogram’, or plangent vocalisation towards the culmination of 'The Woman Who Planted Trees'.

As the title, 'A Dark Murmuration of Words', may indicate, the album is a subdued and muted affair. Not to say it's washed out or wooly, each instrument is given room to breathe, but the almost-exclusively organic instrumentation effects a warm melange of textures. I say 'almost-exclusively' because there's a very welcome Roland CR-78-esque drum machine that ticks and clicks away in the background of 'Where Have All The Sparrows Gone'.

The album teeters on the edge of a new dimension with the downright excellent 'Machine'. A fiery and righteous lament built from a drum motif, all off-beat hi-hats and thudding kick drums, that slowly evolves alongside splinters of craggy, distorted guitars and growling cello. The words are prescient, detailing the history of slavery, racism, and a "celebrated sinner" who has "statues in the park". It’s the stand-out song on the album and one of the best things I’ve heard all year.

Unfortunately ‘Machine’ is followed by the most forgettable song on the record, ‘When Stars Cannot Be Found’. While the rest of the album is good (I love ‘Ordinary’), ‘Machine’ feels like a bookending, curtain-felling crescendo that isn’t quite equalled. ‘A Dark Murmuration of Words’ is a beguiling record occasionally hobbled by unremarkable songwriting and arrangements, and occasionally elevated by crystalline moments of wonder and illumination.