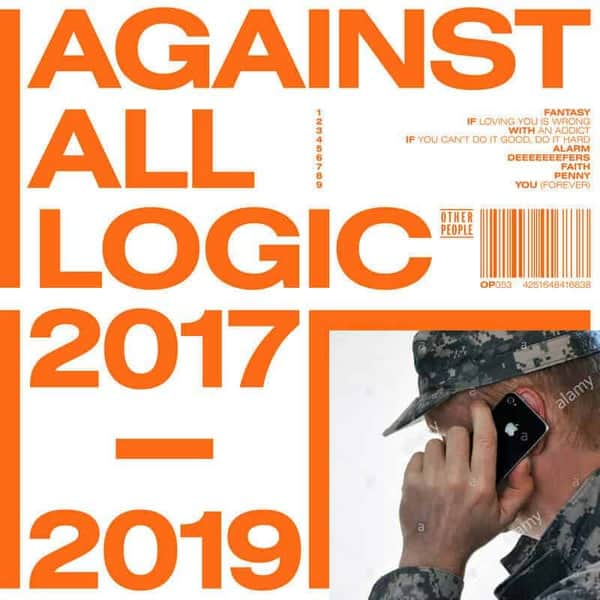 Nicolas Jaar has been well known for his improvisational electronic recordings but since 2012 has been separately working on his Against All Logic project on which he explores his love for house, soul and funk. His previous 2012-2017 collection has proved to be a favourite amongst discerning fans of the genre. His playful approach has won him many fans who will be delighted at this further volume spanning 2017-2019.

3LP on Other People.

Ha, well I do like Nicolas and I’ll probably like this record, however I needed a nice one-liner to open with. Seemed a good idea... Look, I’ve had my fill of coffee this morning and when I’m caffeinated I sometimes lose focus. I considered doing a stream-of-consciousness review but that seems jarring (unintended pun) considering the preciseness of the man who made the music. And I’m all about respecting the artist. Anyhoo… this is a good start to the record; ‘Fantasy’ has plenty of hooks, a crunchier beat than I expected and a sweet female vocal. Whoever owns the voice on this piece goes uncredited, unfortunately. Sounds like Bey but and maybe it is, maybe it isn’t... it probably is her though ‘cos there’s no mention here. It’s a banger though, for sure. First of many on this hot record as it turns out. Read on.

Jaar is getting all up-to-date releasing all these dance action tracks, hey? ‘2017-2019’ is newer than that last batch; less housey than before, but more punchy. Harder beats here, as Keiran Hebden is still trying to do (I respect him for trying). I forget though how this man Jaar is impeccable with his sample selections and edits. He drops into a low-slung groove with considerable aplomb and bite to it then brings in the hooks, the chopped-up rhythms and the vocals (‘With An Addict’ and ‘If Loving You Is Wrong’ both delivering the goods here). Still can’t think of many other current producers making their past and (nearly) present work sound so now, so fresh, so critical. I’m pleasantly surprised to hear how solid this record sounds on the headphones -- so much clarity, detail and texture amongst the pulsing beats.

I absolutely loved the forerunner volume, '2012 - 2017' -- it rocked my Friday lunchtime when it was released a little over 2 years ago -- and this one’s doing much the same, albeit in a slower, funkier way. Great to hear the electronic noise, distortion and bass are all still in place; check ‘If You Can’t Do It Good’ complete with shouty aggression courtesy of veteran NYC singer/poet/actor Lydia Lunch. Time for a short but very noisy techno break with ‘Alarm’ before Jaar brings back the funk with the distorto-house of ‘Deeeeeeefers’. It’s crunchy, it’s spunky, he likes his oatmeal lumpy.

There are still plenty of reminders here that Nicolas can do House, like in a ‘Classic House, with a twist’ stylee and always with oodles of swing. There are also plenty of strange Nico-style noises, squeaks and bubblings which bear all the trademarks of the Jaar house style. I’d position this record soundwise between ‘Space Is Only Noise’ and his dance twelves. I guess it really does pay to go Against All Logic.