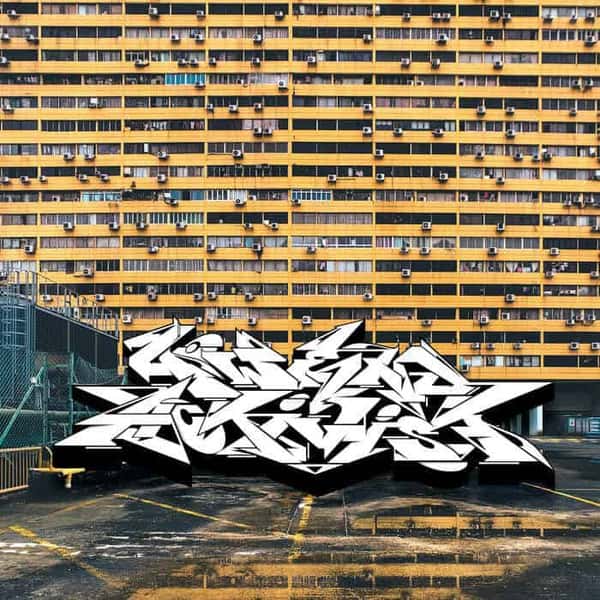 An essential double 12” vinyl release on Seagrave Records from this enigmatic British electronic artist who also goes under various other handles; Helium III, Paranorman, Pat Ca$h, Patrick Conway. On Game Theory, he throws all the hardcore elements of British dance music history, from jungle and drum & bass to garage and grime. Pay As You Go / Roll Deep badman MC Flowdan spits bars on the title cut to devastating effect.

Much has been made, in recent times, of the second coming of rave. However, while the likes of Lone and Special Request have been retooling the high-energy styles of the first golden age - breakbeat, acid house and the like - an altogether different revival is bubbling under. The likes of Anthoney J Hart (Basic Rhythm/East Man) and Walton have spent the past couple of years honing in on this sort of hybridized, noided sound which draws not on smiley-face culture but from the pirate radio styles of the late 90s/early 2000s, particularly the point at which two-step began to schism into grime, Eskibeat and sublow.

Low End Activist is a figure who, in his early releases, has emerged as a vital voice within this new world. On his ‘Low End Activism’ EP which came out through Sneaker Social Club in 2019, the producer created a compelling collection - part-darkside rollers, part-sonic essay - which meditated on Oxford’s Blackbird Leys estate, an area which has faced hostility from the city’s more moneyed residents. Particularly when you learn that Low End Activist is but one of several aliases used by the producer, you understand that this is a project alive to the social-political circumstances of British rave music post-jungle.

‘Game Theory’, Low End Activist’s new EP, is not a hauntological record in the way many use the term - this music is more amorphous and quicksilver than, say, Burial or Basinski. However, there are certainly ghosts in these machines. These tracks are airless and stunted, their rhythmic archetypes recognisable yet their beats oddly abstracted. While I don’t doubt you could deploy these in the dance, this isn’t really music to let loose to. It is more suited to skulking in the corner, hood up and face screwed.

The mixes are collaged with the technoid sonics of turn-of-the-century pirates - indistinct chatter, mutant bass tones, whip-crack programmed drums. However, as would happen to dubbed cassettes of Sidewinder sets which have gathered dust in an attic for two decades, some of the tones have degraded over time, either becoming moth-eaten by reverb or else warping into something grinding and abrasive. There’s also a sense of wistfulness that comes through across ‘Game Theory’. This is felt particularly keenly in the oddly cautious low-ends - usually the part of the mix in which producers do their damage. It doesn’t feel so much like Low End Activist is holding back here, more that these pirate archetypes are resigned to living in the aftermath of a lost war - they tried to stake a claim on the city but came up against everything from racist policing (fuck Form 696) to the gentrification drive of successive New Labour/Tory governments.

(It’s at this point that I urge you to go and read Dan Hancox’s essential grime history ‘Inner City Pressure’).

Of course, ghosts scare us in part because they remind us of ourselves, of our past and its failed future. ‘Game Theory’s title-track is haunted by synths which hover like angels of death. On ‘Flip’ the chatter of a nameless MC gasps for air, as if surfacing for a few seconds from the Styx before being dragged under once more. ‘Cannibal’ - the horror of familiarity apparent from its very title - is a sort of zombie version of breakbeat, the darkstyle menace of a first-wave practitioner like Skanna turned lumbering and insidious. Towards the end ‘Cannibal’ drops the breaks and becomes this terrifying aberration of what I’m pretty sure is an old trip-hop tune, the vocals (Tricky?) twisted gorily by Low End Activist’s tech. And then the ghost vanishes, its prophesying done, and all that’s left are reeds of synth which hang like mist above a swamp.