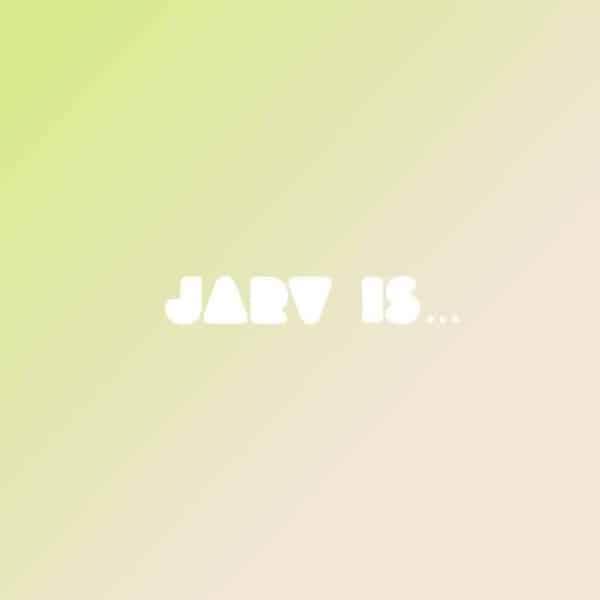 JARV IS Beyond The Pale

JARV IS
'Beyond The Pale'

Former Pulp frontman Jarvis Cocker unveils the debut album from his JARV IS project - a band formed with Serafina Steer, Emma Smith, Andrew McKinney, Jason Buckle and Adam Betts. Following the great reception last summer for its debut single ‘Must I Evolve’, Beyond The Pale marks a return to form for one of British indie’s most iconic figures.

Indies only tape on Rough Trade.

Life has become more abstract in the years since Jarvis Cocker released his last solo album, 2009’s ‘Further Complications’. And yet it has also got more pointed, more needling - we sense that shadowy forces keep tabs on our every move; every second of the day is expected to be filled with productivity, either for economic gain or personal betterment; the cities that we live and love in have their hearts ripped out from them around us, street-level histories bulldozed for the sake of people who don't even spend any time there and wouldn't give you the time of day.

You sense that Jarvis feels all of this on ‘Beyond The Pale’. It’s a tense record, full of yelped neologisms and moody atmospherics. Cocker has long had something of the Serge Gainsbourgs about him, but on this record the Parisian’s urbane bon mot is offset both by an air of surreality derived from David Axelrod and sonics which draw heavily, and unexpectedly, from psych-rock and Kraut. Indeed, while Jarv will of course get all the attention, the band’s playing is the unsung hero of ‘Beyond The Pale’ - see how they build to textured frenzies akin to Melt Yourself Down on ‘MUST I EVOLVE?’ and ‘Sometimes I Am Pharaoh’, and also how the Greek Chorus-like backing vocals repeatedly level Cocker’s lyrics with pathos and wit.

Fear, paranoia and intellectual bullishness have always been cornerstones of Cocker’s output, but here they strike you as techniques with which he absolutely must move among the world in order to retain his essential self. In throwing phrases like ‘must I evolve?’ back at life on the track of the same name, he seems to be questioning the idea of constant development as demanded by 24/7 capitalism. He does something similar on opener ‘Save The Whale’, repeating noble neologisms like the title-phrase with a bitterness that belies the betrayal that we all, as people in 2020, feel about noble endeavours in a world that we can’t hope to save.

However, while ultimately these songs are analyses of the modern condition, Jarvis also quests for some essential truths less shackled to time on ‘Beyond The Pale’. ‘MUST I EVOLVE?’, for instance, seems to be asking about more than just taking part in human society now - it is, one some level, about taking part in human society at all points of history, the social pressures which have led inexorably to our current state. This is made most plain in the song’s breakdown - as the motorik instrumental dissolves into an impressionistic landscape, Jarvis talks about walking backwards through a time tunnel ‘Dragging my knuckles listening to Frankie Knuckles’. It’s a good turn of phrase, sure, but also very evocative - lonely, eerie, exciting. It’s less kitchen sink, more primordial soup.

Missteps come when Jarvis gets too preoccupied with his own writing - always a potential hazard when you are dealing with Cocker of course. ‘House Music All Night Long’ is a little too knowing and a little too loose, his message slightly muddled amid all of the lyrical frippery - is he taking the mickey? Is he commenting on the boredom of repetition, both in music and in life? Is he just being Jarvis, rhyming wryly? It's not really clear at any point in the track’s near-six-minute runtime. ‘Swanky Modes’, a typically urbane Cocker sex romp given a slightly mournful twist by encroaching middle-age, is similarly difficult for the listener to enter.

‘Sooner or later everything will remind you of something else,’ he intones on closer ‘Children Of The Echo’. The colours of life become muted; the death of the author happens again and again, ‘the echo fades with diminishing returns’. So what do you do in the face of all this? Centre yourself, use your intellectual energy to reject what is unnecessary. And be in the body - ‘Repeat after me; I am breathing, I am dancing.’