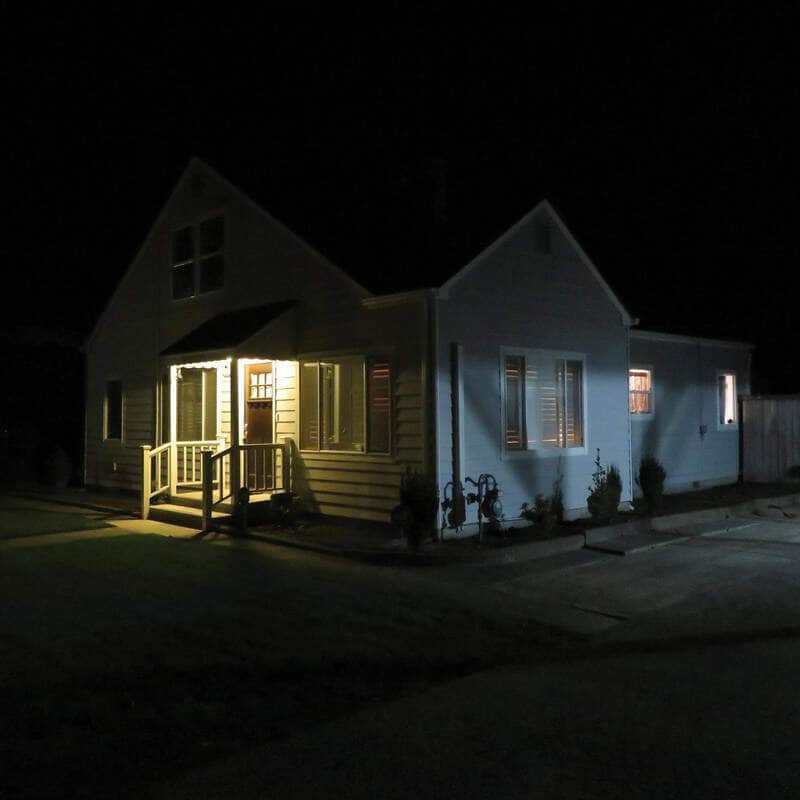 Seattle-based songwriter Damien Jurado maintains his prolific form with his 15th studio album. What’s New, Tomboy? follows barely a year after In The Shape of a Storm, and is up there with his finest works, specialising in desolate confessions and gossamer minimalism expressed through obscure imagery and lyrics.

Usually, when I sit down to review a record, I pay close attention. I listen concertedly, looking to pick out the singular moves that set a record apart. Even if it’s something from a less arresting style - an ambient album, say - I always trying to get in tune with it, even if that means blissing out for a bit then coming back.

But Damien Jurado’s ‘What’s New, Tomboy?’ just washed over me. Honestly, as soon as I put this one one, I was floating. When I look back on the record, barely fifteen minutes out from the closing bars of ‘Frankie’, I have very little in the way of concrete evidence.

What I do remember is a sense of warm drift, one of being both in and out of time. Jurado does lullabies of introspection here, the gently-pattering drums and plucked acoustic guitars padding his cooed vocals. This music is sober but not sombre, ruminative like a night spent in front of the fire, and everyone from John Martyn to Arthur Russell to Smog is recalled. You'll also get a bit of Waxahatchee's 'Saint Cloud' off 'The End Of The World', but where Katie Crutchfield's songs are full of trilling emotion Jurado remains steadfast.

'What’s New, Tomboy?’ is not completely settled, and as such some things about the album did puncture my reverie when it was spinning. Amid all the passivity and stoicism, some of Jurado’s lyrics detail curious - and sometimes rather unsettling - hallucinations. There’s talk of lopped-off arms on ‘When You Were Few’, a track that draws heavily from the acoustic suspensions of 21st Century Radiohead, while ‘Arthur Aware’ recounts tales of men stepping through windows.

‘Fool Maria’s line about keeping one’s composure ‘as I saw the landscape split in two’ might be the most telling - ‘What’s New, Tomboy?’ cocoons you, but there’s still something going on out there. This album is your chance to get away from that, even for a moment.