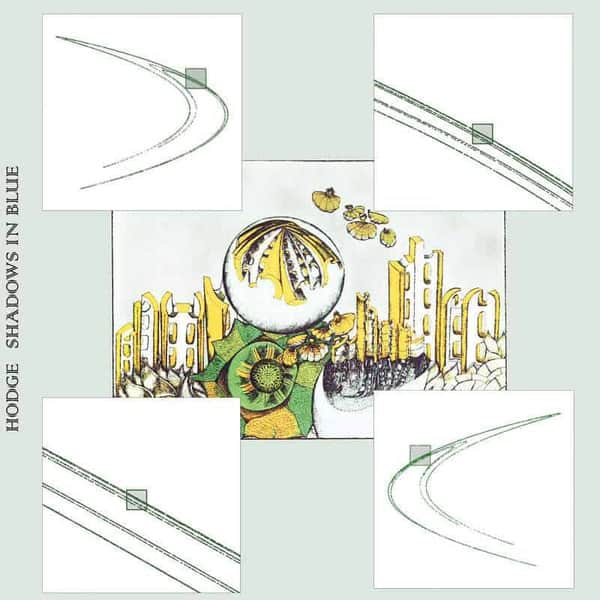 Released on the Houndstooth label, based at East London’s legendary Fabric, is a new album from Bristol-based producer Jake Martin, who’s been at the cutting-edge of British club music for over five years as Hodge. Shadows In Blue, released on double-vinyl, sees the producer continue to use crowd-pleasing techno as a loose platform to explore more experimental textures and sounds.

Please note that Shadows In Blue (CD HTH122CD) by Hodge is not currently in stock.

Hodge has come up in south-west England's resurgent club scene, one which has embraced techno rhythms but not left behind the soundsystem stylings that have deep roots in the region. Indeed, throughout the 2010s Hodge was one of those driving the new wave in his home city of Bristol, lacing techno beats with the bassweight science and dubby atmospheric treatments of precursors like Peverelist.

While this same sensibility remains on Hodge's debut LP ‘Shadows In Blue’, the way that it manifests itself here is unexpected. The magnificent ‘Sense Inversion’ is the only tune that truly sounds like it could have been included on a previous Hodge drop. 'Shadows In Blue's third track and first dancefloor number, ‘Sense Inversion’ begins delicately, its deft loops almost reminiscent of Jan Jelinek - though the driving beats are pure UK innovation. Halfway through it pulls back into a nasty, paranoid sub-led breakdown that takes clear cues from jungle.

However, within the context of ‘Shadows In Blue’s first half, ‘Sense Inversion’ is an outlier. Club artefacts can occasionally be discerned on an opening one-two of ‘Canopy Shy’ and ‘The World Is New Again’ - dinky synth lead lines, clustered string swells jacked from the more cinematic end of UK garage - but rumbling electroacoustics leave the listener chopping through the thicket. By the time we’ve hit the album’s mid-section we’re deep amid dense foliage, with ‘Lanacut’ settling in a sort of dub-exotica mode that is not a million miles from African Head Charge.

After such supreme world-building, the fact that ‘Shadows In Blue’ opts for a cleaner beat-driven sound in its final third is initially something of a disappointment. ‘Lanes’ and ‘Cutie’ are a little one-note, something made more apparent in their contrast to the verdant earlier tracks, though both should still move bodies in the dance and the latter has a cool breakbeat-not-breakbeat thing going on in the drums.

This run climaxes in ‘Ghost Of Akina (Rainbow Edition)’, a number whose quicksilver techno stomp makes it the most sprightly track on ‘Shadows In Blue’. The track contains multitudes, its seven minutes beginning in Daniel Avery’s revivalist territory but ending up with kick drums washed out by pensive synth pads. ‘Shadows In Blue’ has come back to the floor with a new sense of introspection, the world beyond the club now as full of possibility as those four walls.