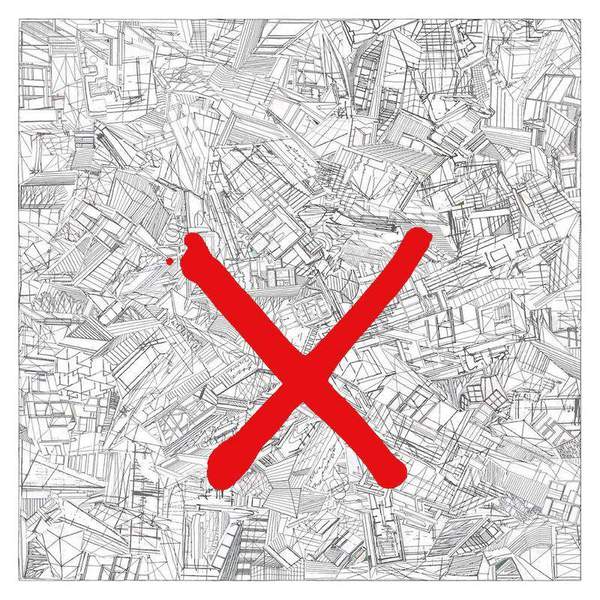 Despite album artwork and a title that seem like they belong to an Ed Sheeran record, '2020' in fact belongs to the UK's other great singer songwriter slash troubadour. I am of course talking about the wonderful Richard Dawson, who has helped drag the UK folk tradition into 2020 and beyond.

Richard Dawson is what would happen if Alan Bennett was born in modern times, was listening to Hey Colossus and the Incredible String Band, and was reading the Quietus.

Dawson is this album's beating heart. His voice and lyrics bind '2020' together. He has a rich, melodic Newcastle accent that comes across with clear glottalisation of consonants like 't'. Modern cultural references like 'Zoopla', 'Ready Brek', and 'eBay' sound strangely improper, as if those words have no place in lyrics (which of course they do). Perhaps this is simply because it's rare to hear sentiments of that sort conveyed in music. It's a delight to hear lyrics about completely mundane things like websites, specific places such as 'Sheffield' and 'Leeds' (represent), or the river Humber. But of course Dawson isn't some kitchen-sink ditty-writer (dittitier?), he tempers this language with an element of magic much like Jake Thackray, another singer with a commanding voice and a knack for inserting a resounding 'bloody' in the middle of lines. The way Dawson sings 'Three o'clock in the bloody morning' is so reminiscent of Yorkshire's finest son. This album isn't magic realism, it shows everyday life to be magical.

It's easy to forget about the music when constantly yearning for more Dawson. It's a profoundly weird record, with drum machines ticking and popping right on the edges, Shellac guitars, the occasional tickle of synth. God the arrangements are so dense, right down to the last guitar slide in 'Black Triangle'. 'Black Triangle' is a good example of how all the songs are multi-faceted. It starts off as a kind of a chunky Neu!-esque number, before slowing down to a sluggish music-hall thing, before going all Neu! again, then becoming a beautiful post-rocky Explosions in the Sky style outro. Something that unites these diverse and kaleidoscopic songs is the way something dissonant and exhilarating can seamlessly transform into something sweeter and purer.

Dawson's album is a chaotic comforting trip through the imagined and real North of England.

p.s. this review is a little disconnected because '2020' is an album that creates an avalanche of thoughts and feelings, and it was hard to create something seamless without spending five hours on it. I've got more important work to do. Like packing those records you ordered.

Richard used to recommend records for me when he worked in Alt Vinyl. Many of the records I bought based on his judgement have remained strong favourites.

From his disowned debut album which is by anyone else’s standards is brilliant right through to this incredible pme, it has been a joy to witness an artists take his firsts furtive steps, stumble, fall, fail, find his feet and now stand tall and proud, a majestic stag staring into the present day bland, hyper capitalist broken British high street.

Richard inhabits characters and gives them a voice, each song seems to be peppered with enough first hand autobiographical experience to make us believe these characters arrive to our ear fully formed with not only with something to say but something worth listening to.

This is his least folk sounding album but his most folk album. A document of the here and now. Narratives of a nation hell bent on surviving self destruction.

I once saw Richard play one of the worst gigs of his life to a boisterous audience outside the Cumberland Arms. Like many of the characters documented here, he was wondering why he was once again having to take stock of his existence and if it was worth it. Wondering what the purpose of existing, of creating, of continuous repetition in the face of indifference or ridicule.

He grew from that experience and a decade later this album is the beautiful psychological scar of long healed wounds.

All of life is here. This is the work of art which captures the non-stop rushing inertia of Brexit Britain.

And finally Richard's love of dodgy metal is given centre stage.