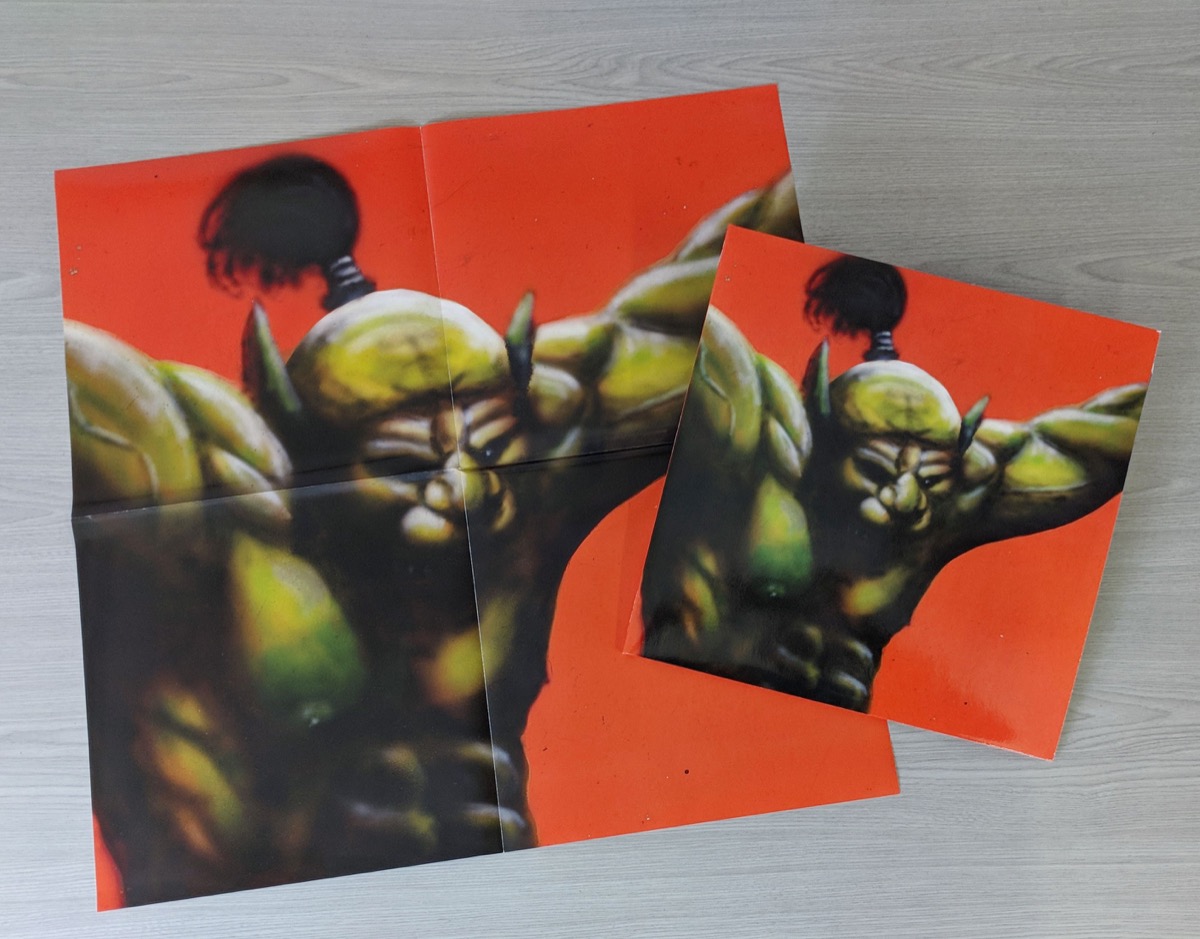 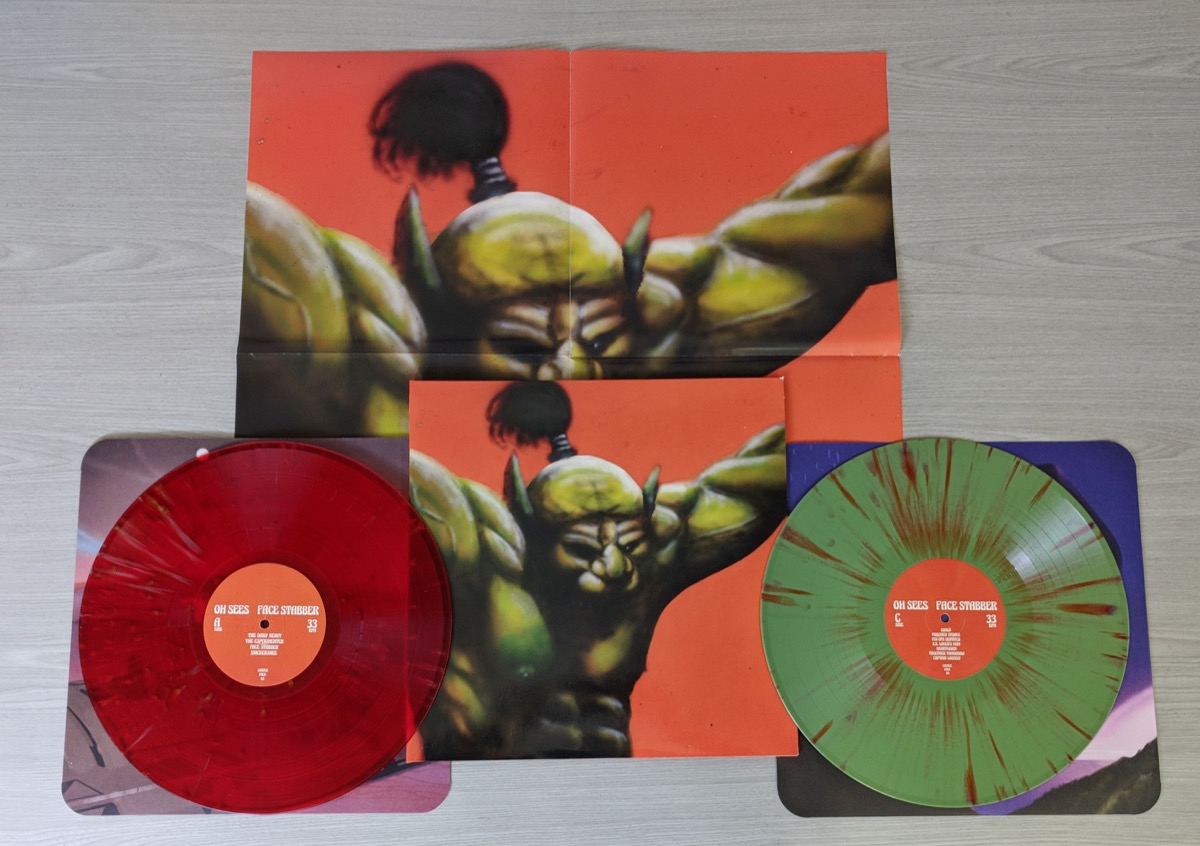 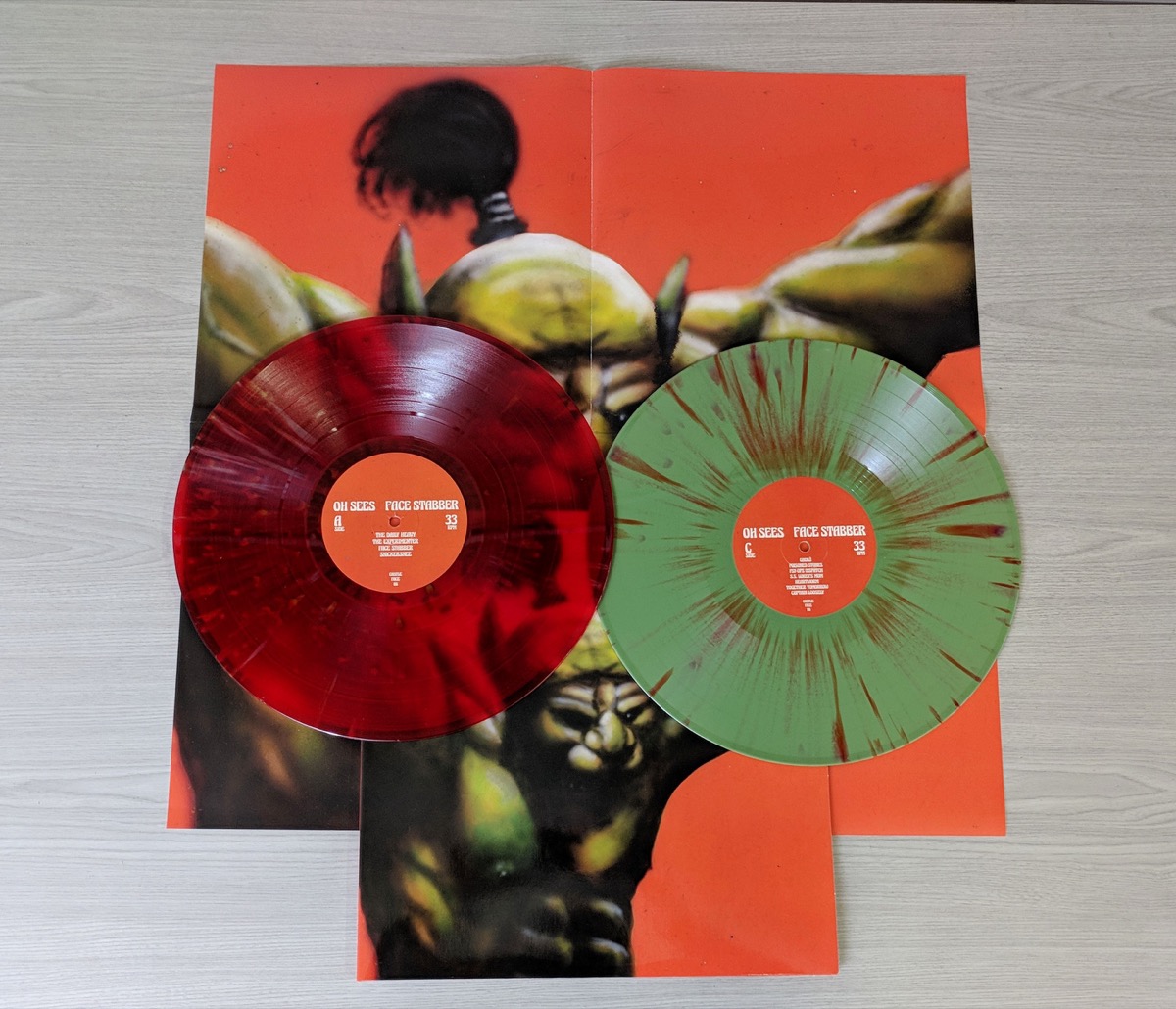 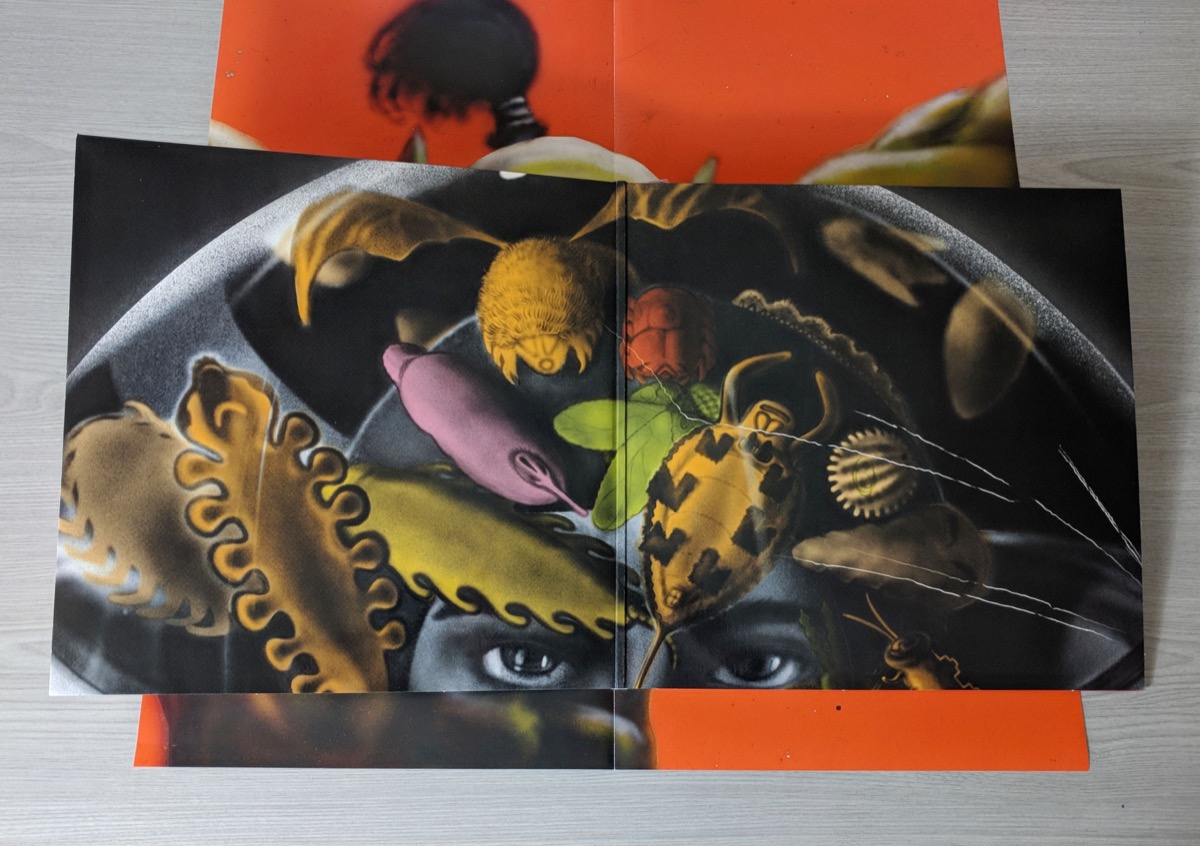 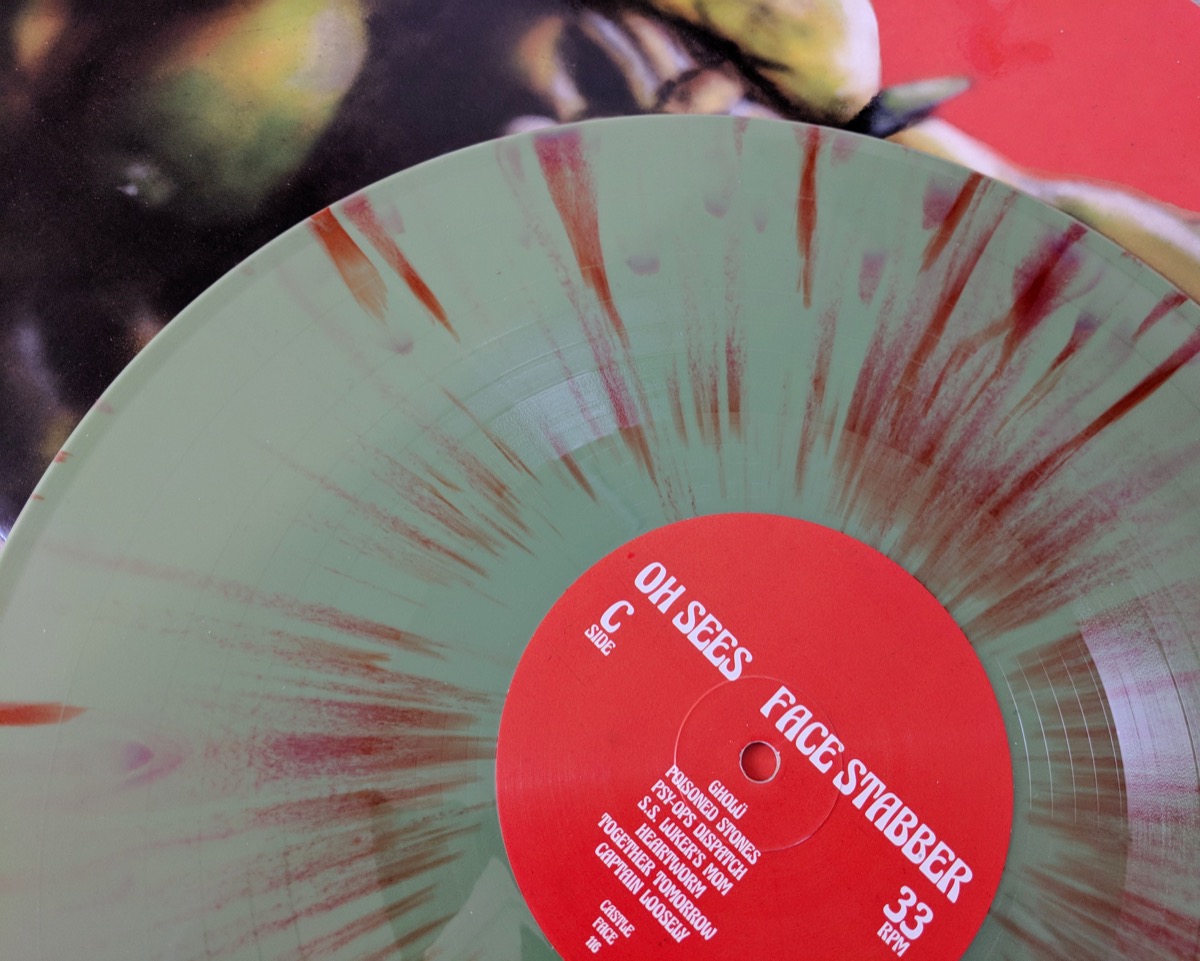 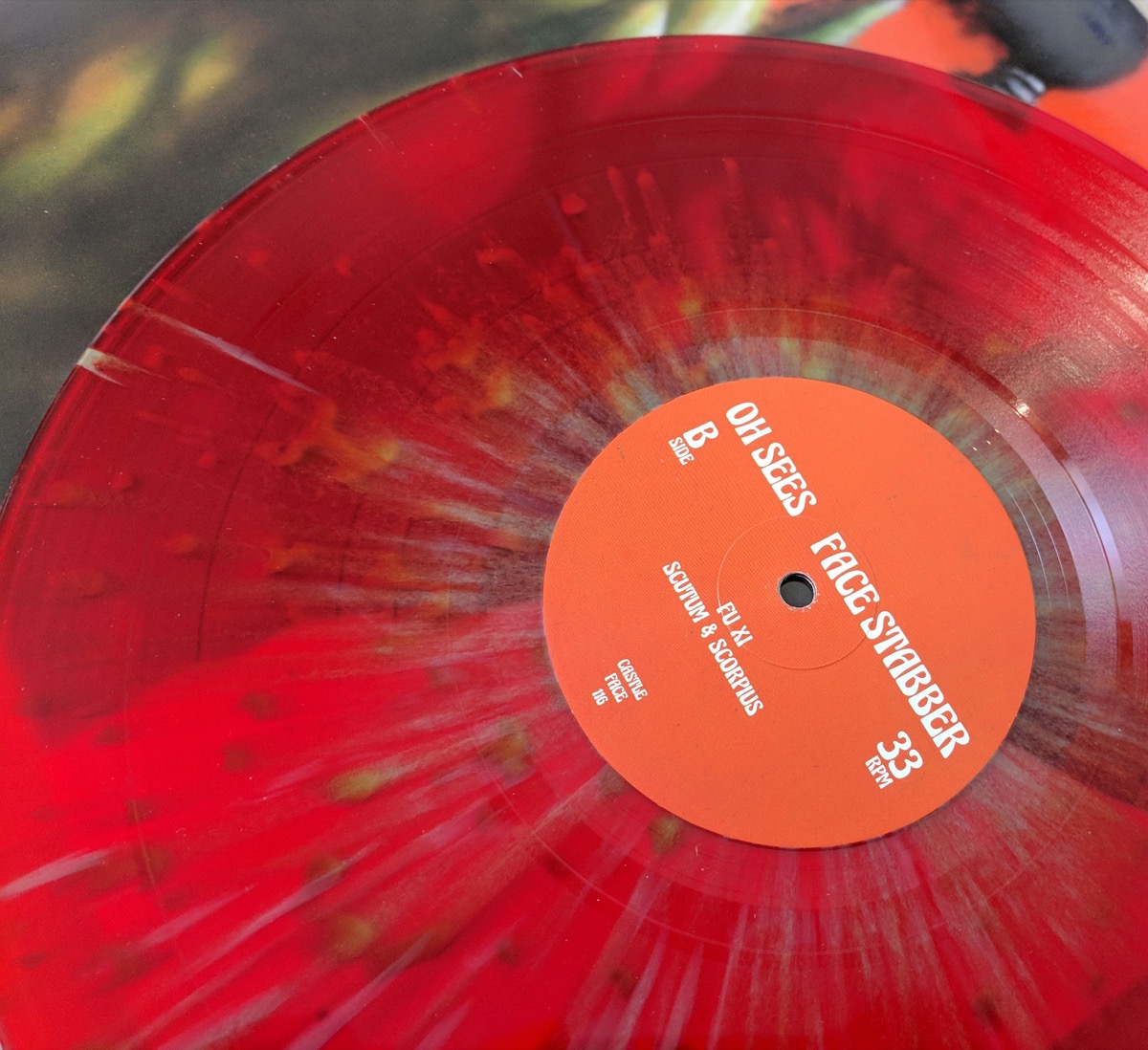 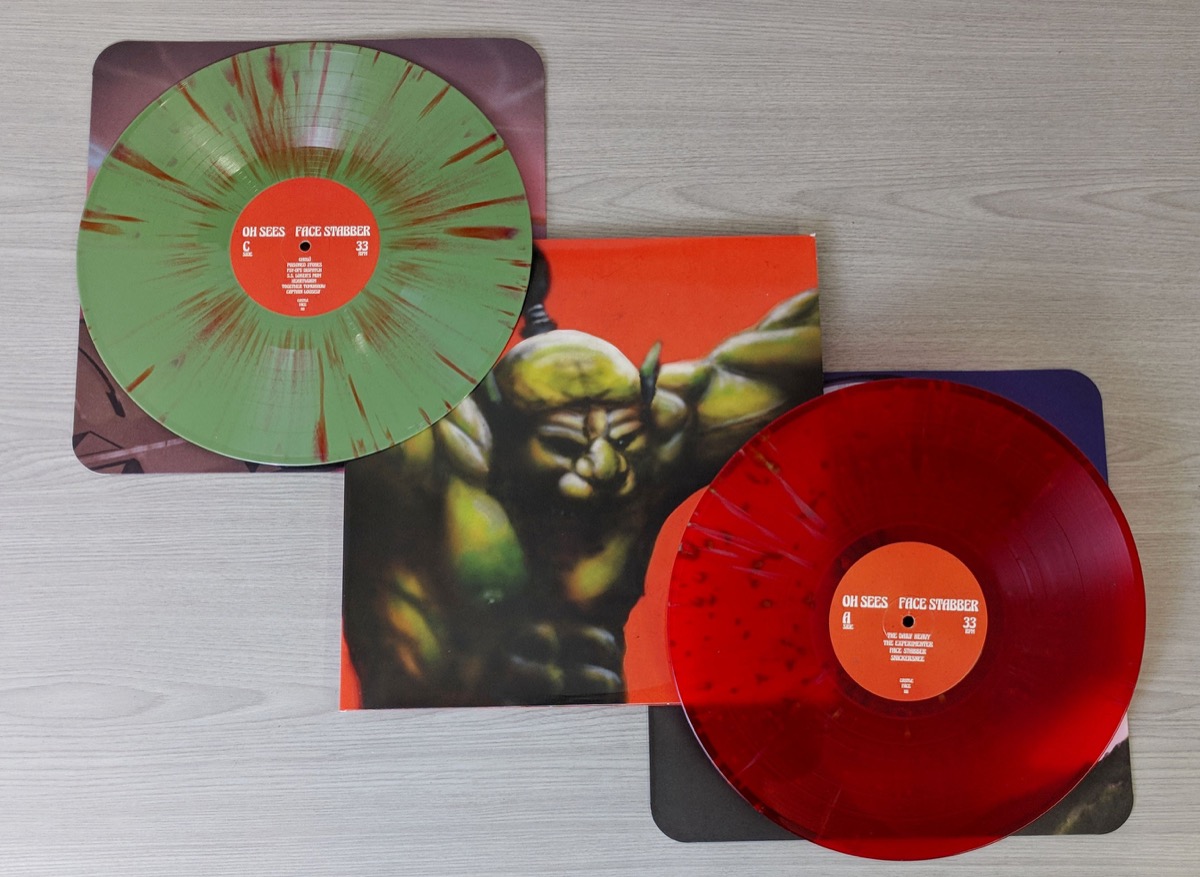 Some things are always true.  You're always less than 6 months away from a John Dwyer release. That release will be by a band using a variant on Oh Sees as its name. Dwyer will have recorded some of that album wearing jean shorts that stop below the knee. And the songs that fill that release will be high intensity fuzzy garage rock.

The Mackenzie-Dwyer Singularity is a theory that I've been peddling for a few years now. It ventures that, at some point in the future, all recorded music will have been created by either Stu Mackenzie of King Gizzard and The Lizard Wizard fame or John Dwyer of Oh Sees. These fellas are insanely productive and really show up the tinkerers and lay-abouts of the music world. Oh Sees' new album is out soon and it's perhaps the best I've ever heard them.

'Face Stabber', the band's twenty-second record, is surprisingly krautrocky. There are lots of extended jams a la Can or NEU!. Many of the songs are centred around one hypnotic drum part that chugs alongside a single note repeated ad infinitum. The album takes a trip round the various subsets of krautrock such as the proggy wig-out of 'Psy-ops Dispatch', the jazzy interludes in 'The Experimenter', or the musique concrète experimentation of 'Captain Loosely'.

For all you nostalgists, both 'Heartworm' and 'Gholü' are reminiscent of classic [Thee] Oh Sees, hectic guitar-driven sucker-punches. Interestingly, both the songs with the 'classic' Oh Sees sound are sub-two minutes, as if the band are implying that they're leaving that sound behind and that kind of music is fading into irrelevance.

The album's centrepieces are the wild, sprawling freak-outs 'Scutum & Scorpius' and closer 'Henchlock' clocking in at fourteen minutes and twenty minutes respectively. They feel like very tightly focused jams and, despite their length, never outstay their welcome... well maybe they do... a bit...

My favourite song from 'Face Stabber' is opener 'The Daily Heavy' which barrels along at blistering speed and has these amazing backing vocals that sound as if they're being shouted by a throng of evil-hearted pirates, crooks, and villains.

'Face Stabber' is a surprising record from a band who show that they're still at the vanguard of psych rock and wholly deserving of their place as one of the godfathers of the scene. As long as they keep making records this good, the Mackenzie-Dwyer singularity may be no bad thing at all.*

*In all seriousness, can you imagine how awful that would be though...?