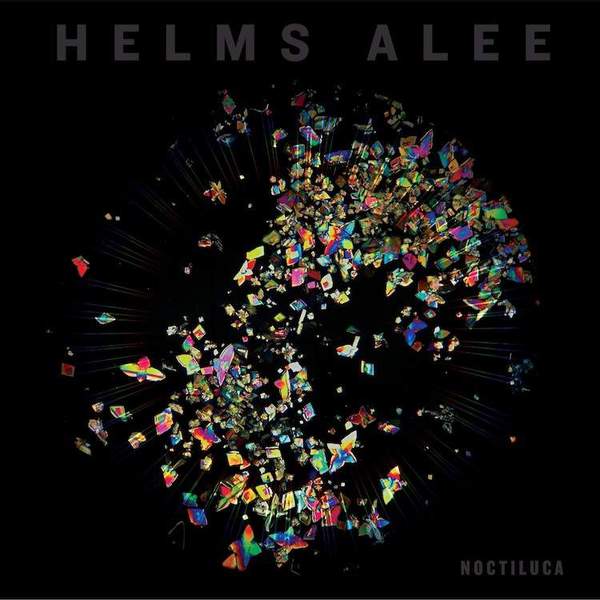 Sargent House (Deafheaven, Dylan Carson) drop the latest LP from Seattle noise-rock lifers Helms Alee. Five full-lengths in the band continue to make one hell of a racket for a three piece. There’s a nice sort of Nirvana-gone-math vibe to Noctiluca’s heavier moments - opener ‘Interachnid’, for instance. At its most melodic Noctiluca gives off a bit of an early-R.E.M. vibe - but if R.E.M. were, like, Shellac instead.

As I sit here recovering from a bout (more of a beating, really) of tonsillitis, I was hoping for a record to lift me from my stupor. The first thing that comes up is ‘Noctiluca’ by Helms Alee, a Seattle-based ‘rock’ band (so says their bandcamp page). I went into this with trepidation, never has a word put me off so much as a band calling themselves a ‘rock’ band. Anyway - now to my thoughts on the record. Opener ‘Interachnid’ is actually pretty bloody good, with apocalyptic lyrics and a drummer who sounds like they dosed up beforehand; so far so good, then. The drumming sounds a little unmixed and scrappy, as well as a little incongruous in the song - which makes it just wonderful.

Now I’m not a massive (read as: not really a) metal fan, but the elements of heavy metal in this record are always reimagined in experimental ways. Take, for instance, the song ‘Beat Up’, in another band’s hands it could be just another tepid rock/metal track, but Helms Alee have introduced all sorts of manic percussion, a guitar line that switches between modes (superb), and a reliance on the bass groove, where other bands might have looked to the guitar. They can do slow songs as well, like the fifth track ‘Lay Waste, Child’ which again could be tepid but it’s just not, it’s fractured and splintered, and the way the guitar and bass follow the drums is splendid. If you want my hot take, Helms Alee are a bit like a heavy metal Can.

Now I’m not saying ‘Noctiluca’ cured my lergy, but I was definitely energised by this record, so thank you Helms Alee for achieving what two pints of lemsip could not.

P.S: A word of advice: change the bandcamp page, you’re so much more than a ‘rock’ band.

P.P.S: Have a look at their press photo on their bandcamp page, I haven’t seen one that good for a while.