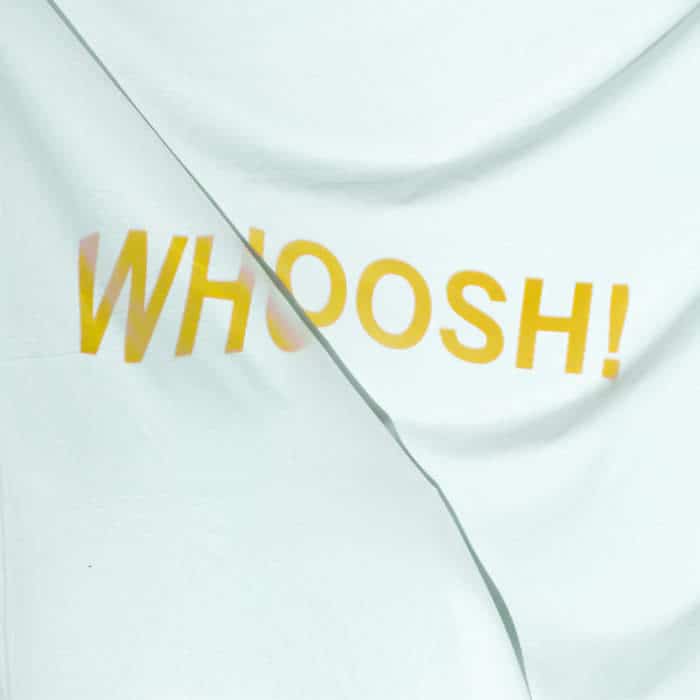 Melbourne band The Stroppies are comprised of members of bands such as Twerps, Tyrannamen and Boomgates. Their sound recalls bands from the classic mid-’80s to mid-’90s era of the Flying Nun label such as The Clean and The Bats. Their new album is Whoosh. They are fronted by Gus Lord, a name with a certain je ne se quoi worth mentioning.  LP and CD on Tough Love.

Made up of members from Australian groups The Stevens, Boomgates, and the wonderful Dick Diver, The Stroppies make tight, proto-punk inspired pop with a C86 flavour. The Stroppies remind me of great bands like the Modern Lovers, Devo, The B-52s, and even Sonic Flower Groove-era Primal Scream (less ecstasy and sampling, more leather jackets and jangling guitar).

The best moments are when the songs open up and start chugging away in that way that the Modern Lovers do so well. This is evidenced especially on ‘Present Tense’ which boasts a guitar riff that Jim Beattie would give his left Rickenbacker for. Although this LP is a quintessentially Australian record, if you want to think of it that way, with sun-kissed melodies and bright, surfy guitars, there are notes of melancholy that percolate through the whole of the album. All the vocal lines are delivered in a deadpan drawl that pulls this album away from being overly bright. This band are going to get comparison after comparison to Courtney Barnett by lazy people taking geographical location as evidence of similarity, but there are key differences. Where Barnett is more whimsical, The Stroppies are more melancholic with a wistful edge. The Stroppies sit into a chugging groove like on ‘Cellophane Car’ and stay with it.

Incidentally, ‘Cellophane Car’ has some of their best lyrics, and whether they reference ‘We’re Going On A Bear Hunt’ is up to you. They sing ‘You can’t go under it / and you can’t go around it / and you can’t go through it’, these are the kind of lyrics that fit perfectly with this chugging, proto-punk, CBGB vibe, they’re a bit silly and consciously dumb, but convey a sense of anxiety and despondency.

The Stroppies prove that they are more than the sum of their parts. Although parts of the formula have been touched on by artists in the past, The Stroppies alchemically turn all of this into a superb guitar record. I look forward to what they do next.