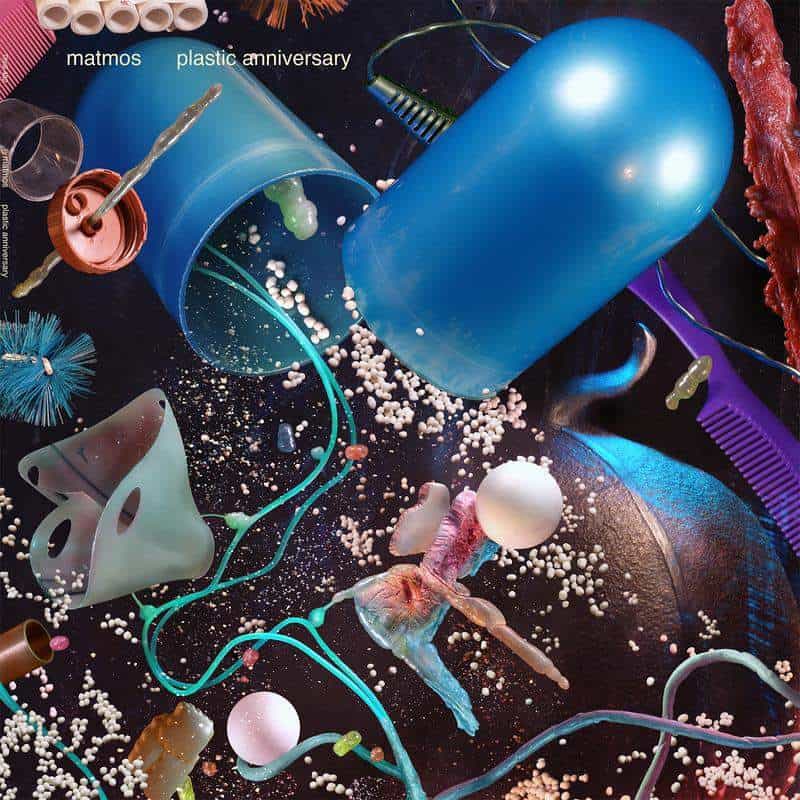 Experimental electronic duo Matmos have decided to highlight the plight of convenience with their new album, Plastic Anniversary. The album was made by using plastic objects to make sounds. One sound was achieved by smashing up LPs by '70s soft rock band Bread. Interesting sounds with an important message.

In this golden age of sound design, I’m constantly left wondering what a sound feels like. What it tastes like, or smells like. Producers like Gabor Lazar and SOPHIE make music that is described as tangible (no shade, I’ve definitely done this too).

But sadly, you can’t feel a sound made in a computer. Or taste it. Or smell it. What you can do is make your sounds out of things you can feel, taste and smell. Matmos have been doing this for years, most recently with the sounds their washing machine made. But this time, they’ve gone for something more timely, plastic. Timely in the sense that, producers like Lazar and SOPHIE make sounds described as being plastic-y but also because ever since David Attenborough’s Blue Planet 2, people give a shit about plastic again.

So yes, Plastic Anniversary is an album made of plastic (and I’m not just talking about the vinyl record). The squeaks and pops and crunches the album is made of should all be familiar. We all hear them multiple times a day. But Matmos twist them into hyperactive and technicoloured tracks that, can even be quite danceable, the album’s highlight is ‘The Crying Pill’, an utterly bizarre ravey trip. But that's not all Matmos can do There’s all sorts from the introspective ambience of ‘Interior with Billiard Balls & Synthetic Far’, to the drum circle mania of ‘Collapse of the Fourth Kingdom’.

Plastic Anniversary has the same sense of playfulness that Matmos have always had. The two have an insatiable curiosity, as well as the will and ability to turn that curiosity into, well, an album or two. But it’s also clearly political (this isn’t new for them either, see The Rose Has Teeth in the Mouth of a Beast). Plastic has its uses, and the celebratory moments on the album show Matmos understand that. But plastic doesn’t go away, and we should be confronted with that whenever we use it.

Ironically, in the age of music streaming, the plastic that Matmos used to make this album will likely be around longer than the album will. That would be a damn shame.