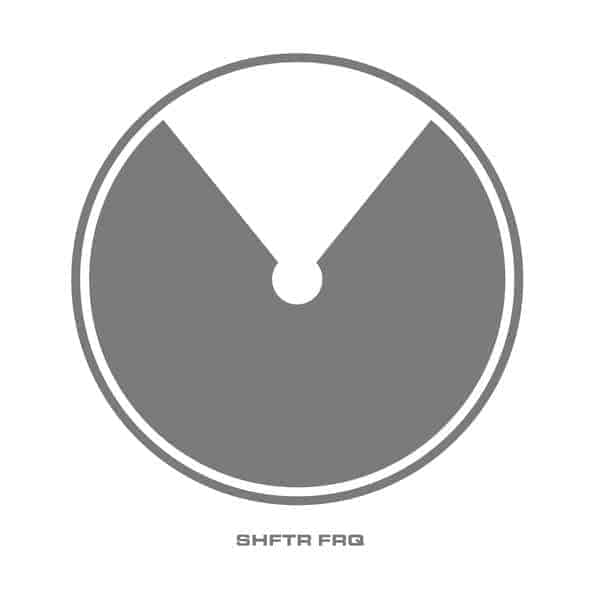 
The Death of Rave

NYZ hits the vinyl for the first time! This project brings algorithms into the game, with Dave Burraston’s so-called ‘MANIAC cellular automata sequencer’ spitting out generative sounds to twist our synapses. SHFTR FRQ features fourteen quick-fire blasts, while the whole B-side is made up of one deep drone stretch. True computer music, on The Death Of Rave.

Neon orange vinyl LP on The Death of Rave. Edition of 300 copies in a metallic screen-printed sleeve. Mastered at D&M, Berlin. Includes a lock groove.

This item needs to be ordered in from a supplier. Currently ships in 7-14 days but delays are possible.

We’ve been relentlessly championing David Burraston’s singular electronic music on these pages for over ten years - since those very early CDrs on Cataclyst, cassettes on .meds, and more recently discs for Entr'acte, Ge-stell and tapes for Computer Club, Feral Tapes, The Tapeworm, Conditional, Gamma Mine, Fractal Meat Cuts and ongoing output for Psøma Psi Phi.

Now, finally, FINALLY, he has an album on trusty olde wax. Not to diminish any previous work on CD or tape - ultimately formats are merely vehicles -- but records are simply lovely things, and the most trustworthy format to archive and preserve audio for future generations. Kudos to The Death of Rave label for the work they’ve done on NYZ’s ‘SHFTR FRQ’ LP. It comes beautifully presented in a metallic screen-printed sleeve, in a numbered edition of 300 copies, mastered at Berlin’s legendary Dubplates & Mastering, and is pressed on sexy orange coloured vinyl. A very beautiful artefact indeed, with an aesthetic that compliments the sonics within its grooves.

It’s certainly no secret that avant-garde/experimental/electronic music - whatever you wanna call it, has never adhered to the radio-friendly running time of the three-minute pop song. But in NYZ’s recent work, he seems to have almost flipped that template to the extreme. The shortest running track on this record is thirty seconds - the longest -- thirty minutes. There's no space for filler - if there’s a sound to be heard to make a succinct statement then that’s precisely the little ditty you get, and that’s the way it should be.

Dave isn’t one of these modular synth type guys that pose next to banks of zillions of synth modules - setups that look like the cockpit of the Starship Enterprise only to release tracks that sound like little wibbling hamster belches. For sure he has an enviable amount of equipment at his disposal at his Noyzelab studio, but he’ll take just a few modules and truly probe at them, learn them inside out, investigate their potential, see what they can do and then ultimately see what he can do with them. Utilizing his custom-built MANIAC cellular automata sequencer, he makes them speak and sing in unique ways. It’s this scientific, investigative approach that makes his music so unique.

Listening to the first side of the record (incidentally the tracks on here were recorded over a period of six years) you can almost smell the solder and see the grin on his face as the MANIAC’s algorithms elicit all manner of comical, absurd and peculiar unpredictable sequences from the machines with wholly unconventional tunings. It’s akin to standing in the centre of a video arcade where the game cabinets have been possessed by some alien force and are using them as a medium to transmit messages to earth from some distant galaxy. While other brief moments remind me of the utter joy I experienced as a child the first time I loaded a cassette into my ZX Spectrum and listened to the sound of data loading into the machine.

Across the fourteen tracks that comprise the first side of the record, we get all sorts of magnificent kaleidoscopic bleeps, squeaks, crunches, fizzes, gurgles, glitches, twinkles, percussive crashes and beyond. There’s so much happening - a series of microcosms that collectively form an otherworldly macrocosm. I’ve spent a fair bit of time with this recently and every time I notice something I hadn’t clocked previously. What on the surface I suppose appears pretty weird, is loaded and alive with nuance and transient moments that can easily pass you by - so repeated listening is very rewarding.

The second side of the LP wields an almighty long-form drone work. Interestingly, on separate occasions, I had two polar opposite experiences listening to this - which ultimately I think was down to my varying state of mind before submerging in them. The first was a very positive, transcendent, spiritual inwards journey - like the effects of Eliane Radigue’s potent meditative drone works. The profound realisation that you don’t live inside the universe, but the universe lives inside you. The other listening session was dark and claustrophobic (hmmm… it is titled DRN1nightmareRecursion-[Noyzelab Extended Version]), as the tones made me feel as though the walls were closing in on me, and I had to take a pause and gasp for breath. Not that I wanna sound like some hardcore drone/noise tough guy - but I have a pretty high tolerance for extreme, dark and menacing sound, but never before have I had to take a break from a piece of music because of its intensity. Either way you experience it - it's hard evidence of the true POWER of sound and its still relatively unknown psychotropic effects on the mind. Ends in a locked groove that loops to infinity ∞ divinity.

I know I say this everytime time… Highly recommended.