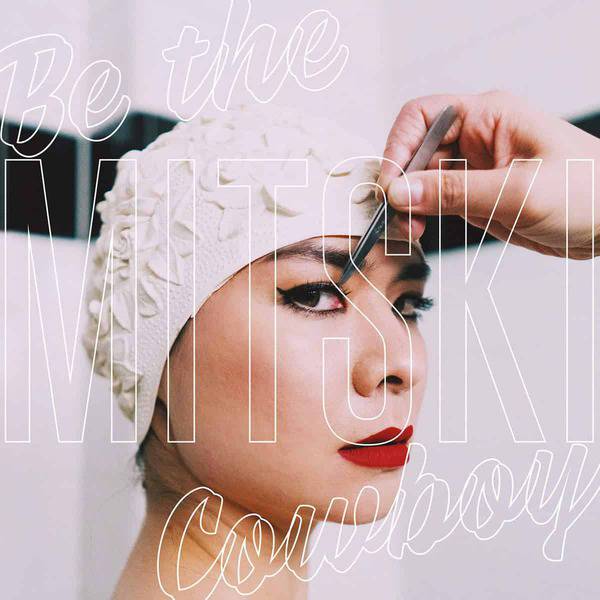 Mitski Be The Cowboy

Mitski
'Be The Cowboy'

Mitski’s fifth LP - and second for Dead Oceans (Slowdive, Khruangbin) - finds the singer finding great emotional depth in her mixture of college rock, grunge and twee-punk. Her poised vocals and narratives about personal struggle and inner strength are wed to similarly emotive instrumentals across these fourteen tracks. It makes for a defiant and ultimately uplifting listen on Be The Cowboy.

On Mitski’s new record, all the world is a stage, and nobody’s getting up on the stage with you, so you’re all alone in the world, when you think about it. Also, the stage sucks. In fourteen uncomfortably solo-ified tunes, Mitski sings alone and lonely, to nobody -- or maybe everybody, but definitely just the wallpaper equivalent of human beings. ‘Be the Cowboy’ is a devastating record the way few can be -- utilising her usual anthemic indie rock and her longing second person pronouns, she creates a beguiling and surreal new world where anything other than being home on your own sounds like high fantasy.

You might have known that from hearing “Nobody”, the record’s amazing lead single. Mitski changes keys like she’s stealing home base from first, second and third simultaneously, singing of the kind of endless and total rejection you can start to feel from all corners. Her verses run and run through funky guitar and dour piano, the music video summing it up well: loneliness is like opening Russian dolls just to get to the empty one. The rest of the record feels as theatrical and pantomimic in its realisation of this: hearing the squirming synths and way too close strums of “Old Friend”, it’s easy to imagine it being performed in a soap opera’s crunch moment. “Me and My Husband” is something like a theme tune, its spoofy, sarcastic piano, absent-minded bass and carnival-style keyboards adding up to some sort of, I don’t know -- is this some kind of joke?

Yeah, I guess it's a joke. Mitski pitches the joke of melancholy perfectly. Rather than create a singer-songwriter record of her favourite theme, she transposes loneliness into stylistic vignettes, considering her newfound predicament as an artist now famous for talking about it. These tunes are short, like tone poems at times, Mitski’s brilliant voice ready to perform each role as if it were the next scene: the smoky and barren “Come Into the Water”, the Robyn influenced dance banger “Why Didn’t You Stop Me”, the absolute torch song to end all torch songs “Geyser”. It all fits together the way Mitski had planned it to: a record that is, as she said, 'campy' in its solitude, describing and roleplaying a loneliness that's bizarre and farcical and a bit embarrassing, but true, and same.