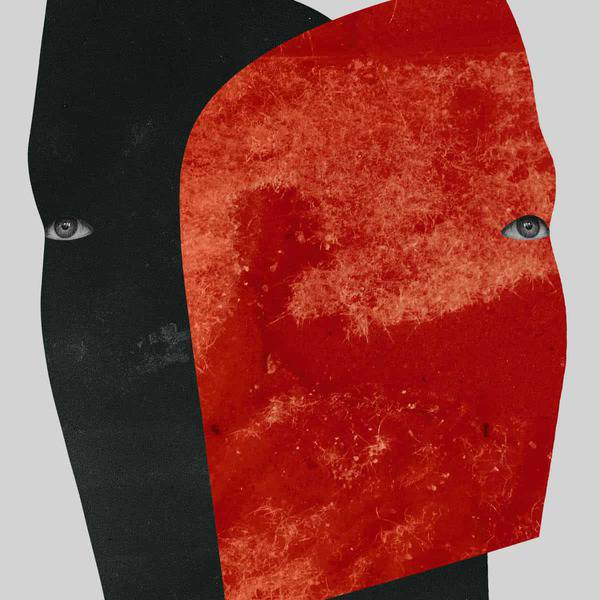 Erased Tapes' cool dance guy Ryan Lee West drops down his newest Rival Consoles record! Making serene IDM with a pounding heart to guide it, Persona sees him do a Jam City by exploring the possibilities of shoegaze. Expect pedals and a heightened sense of drama as he experiments with melody, beats and sometimes beatlessness.

It isn't very often that a record gets TWO whole reviews, but when I saw the opportunity to whack my opinions down on (electronic) paper for Persona, I took it. Rival Consoles are a pretty new sound in my arsenal of music, but I think that it'll be dominating the soundscape of my mind for a while. Especially with this release.

The beginning of the record sounds like the beginning of a storm. Just hear me out. It's a late evening in August and it's been a *huge* 29 degrees all day, you've put the BBQ away and the left over feta salad is in a murky translucent blue bowl in the fridge. You shower, you stick on that essential aloe vera after-sun and now you're getting ready for another night of muggy sleep. But wait. The rain starts hitting your bedroom window, soft at first, but you know that you've got a good thirty minutes of thunder and lightening to come. The darkness swallows the mellow dusky light and the sky turns an angry grey. It's relaxing. Soothing. Hypnotic. An oddly satisfying sense of majesty and power. I wish I could just sit here and listen to the whole record all day, over and over. It's a kind of nostalgia you've never felt before - deja vu.

Track three (Memory Arc) isn't a big one, it's about one and half minutes, but my God is it tense. My only quarrel is that I'd love track three to seamlessly blend into track four (Phantom Grip). It doesn't, but, in my opinion, you can definitely tell that it should. Remember the analogy of the storm? It's still relevant. What I find even more perplexing is that you hear chimes of bells, as if the remnants of the sun were still battling the storm even in its dying hour.

This feeling is replicated through track five, and by track six the storm is on it's last breath. Musically, the record has strong elements from both electronica and soft house. But there's something more to Rival Consoles that makes the music emotive and more meaningful and you get ingested by the sound. The more you move through the record you more you want it, it's addictive. Track eight (Dreamer's Wake) is arguably my favourite track on the record because it fills you up. It makes you sad; it makes you happy. It makes you feel like something is wrong but it's not all over. It's empowering and it makes you think. A full five minutes of thought provoking music.

This record is so good that you forget that there isn't actually any vocals on it. The end of the record gets a little mellow, like the dying down of the rain after the storm. Honestly such a cracking album. I'd give it 10/10, but nothing is perfect.

Have you ever been followed down a dark alley by someone wielding an axe? Well If you have and don't want that part of your life soundtracked then best not listen to Rival Consoles new opus.

These are dramatic flourishes of pulsating and cinematic electronica that takes influence from Ingmar Bergman's psychological thriller but has enough grit about it to soundtrack your favourite moment of being scared. Opener 'Unfolding' does just that with pounding electronic rhythms which break out into beautiful synth flutters towards the end of it's existence leading to the undulating patterns of 'Persona'. It's bleak, it's dark and it's seemingly made of concrete. I'm not hearing as much house and techno influence as in the previous 'Howl' but what I am hearing is lots of references to the soundtrack work of the likes of Vangelis, John Carpenter and the Italian Horror composers.

However this is no nostalgia pastiche, Rival Consoles uses these influences to produce vibrant electronics that have a dynamic quality to them. It's loud and relentless at times but also with plaintive sections. My favourite bit might actually be the prettiest as a vocal sample and shards of acoustic guitar give a human warmth to 'Sun's Abandon' but even here the track descends into driving pulverising beats though with razor sharp melodies and acres of glorious synth. A brilliant track which exemplifies the production skills on offer here.