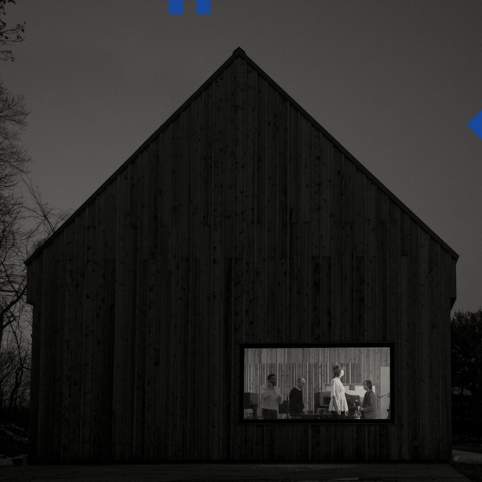 The National have slowly seeped into our consciousness over the past few years simply by selling truckloads of records and becoming a thing we regularly compare other bands to when at a loss to describe moody rock music. Their success really is quite remarkable. Anyway here’s another album which contains more of their dramatic dark rock with some electronic bits bolted on. If you like The National you are going to love it.

Half awake, the National stumble into a new record. It might sound delicate, at points, and long may they rage -- but the dense sound and pounding heart of previous records has been all but sublimated on ‘Sleep Well Beast’, a record of muttered sleeptalk and crooked, downbeat experiments. Who would’ve thought the National would go even the littlest bit weird?

It’s all about being a grown-up, of course: the adulthood anxieties that have haunted the National since their younger days on ‘Alligator’ carry through to this record, which sees Matt Berninger facing up to marital problems by writing lyrics about a pre-meditated and now cancelled divorce. Writing with his wife Carin Besser, these lyrics bare truths more uncomfortable than those you usually get on break-up records: they’re about feeling resentment for a person you’re still with, the conversations you have that suggest the best path is an ending -- or even that crushing feeling of just having nothing to say to them. It’s haunted by earlier worries, now manifesting later in life, with the semi-shred rawk single “Day I Die” calling back to and revealing Val Jester’s true identity as Berninger’s troubled great uncle.

It makes sense that this, here, is their messiest record, the music splurging out in different directions through whimsical synths, post-rock vocal samples, xylophonic percussion, country rock and the worst song of all time. Let’s just get that out of the way: “Turtleneck” is blocked. I am blocking it from existence. The one moment of fire on the record, it repositions the National as a quixotically sleazy Bad Seeds version of themselves, falling over in a drunken stupor. It comes between two of their most beautiful songs ever, both downbeat, greyscale tunes driven by hopelessness. Never have Berninger and co. done so much different in such a small space, his defeated murmurs and catastrophic yelps coming over textures they’ve never truly committed to before.

Listen to them go all in on “The System Only Dreams In Total Darkness”: it might be one of their big hitters, but it sounds different, that broken guitar solo screeching into action like they couldn’t be more stoked to finally play one. Listen to them decide to end the record on next to nothing, just a blank, distraught void of indecipherable utterances. Its a deviation from their usual final kiss-off, usually brittle and anthemic or perfectly clear. It’s not to say the usual, grand arrangements aren’t here, but they’re disfigured, obscured in code and nervous energy.

And it’s much needed: scratching my head to make sense of a National record is quite something. They haven’t disappeared themselves from view -- the horns of “Guilty Party” are signature, even if they’re completed with IDM electronics people will cry ‘Kid A’ over -- but they have, for once, made something very different. This time it will take a while to fully understand them.