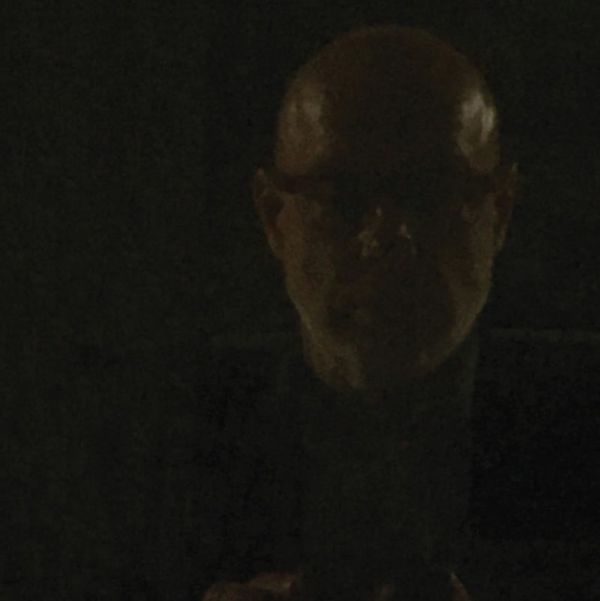 Ambient music pioneer and all-round legend Brian Eno is back on Warp records with Reflection. In Eno’s own words this double vinyl LP and CD returns to his his earliest ideas about composing so-called ambient music and is as blissful, complex, demanding and beguiling as any of his music from that period.

CD on Warp in case bound sleeve, with 6-page booklet.

Who could have predicted that Brian Eno would still be having a good time in the ‘10s. Possibly everyone, because he is borderline omnipresent, probably omniscient and maybe even God itself. OK I’m getting as carried away as every music journalist right now, but my point is, there hasn’t been a period since his stint in Roxy Music that hasn’t been filled with fertility of some kind. Fripp & Eno, Ambient stuff, weird late 80s/90s pop-ish period, Coldplay, iPhone apps, Small Craft on a Milk Sea, the crazy times, the good times...

...which brings me haphazardly onto The Ship. It was a record of deep Eno peace, arcing string smudges and the voice of God itself. Or, just Eno on a mic. But this same voice split the Norman Records office in half, or at least, led Phil to mumble ‘bit weird this like’ or something. Well, Phil, for you conservative ambientists your saviour has produced a record that rekindles the chill fires of old, a record that even by its very title confronts its backward-glancing head on. It’s almost his comeback album, if he hadn’t released an overwhelming amount of everything since those 70s days.

On to the music, then. This is a record that, like the ‘Ambient X’ series, spends possibly more of its time ruminating on the still resonances and silences between notes rather than the notes themselves. I would even argue that this is more minimal than the legendary Music for Airports, which this seems to borrow part of its aesthetic from. ‘As ignorable as it is interesting’, or, as I like to say, ‘as quoted as it is demolished’. As a whole, the record doesn’t seem to progress towards another state throughout, but it’s not like it needs to or pretends to be some long, evolving symphony of electronica. It just uses one glassy keyboard and a few vague broken chords to subtly lull you for an hour or two. It’s very nice, peaceful and reflective (as promised), though I’m all for a little more evolution in my ambient.

Let’s talk about the generative side, shall we? No? Well I’m going to; you can consider this paragraph optional. Peter Chilvers is now as much Eno as Eno himself, building all the actual artworks that Eno wants using software. These are long, generative pieces that take a recording and use chance-based operations to rework it before your very ears. As a result, you get a piece that never really repeats itself, Reflection being the epitome of this so far, dependent on the time of year that you listen to it, but also never repeating exactly from year to year. See, this is wonderful. Not that anyone would listen for anything like long enough to get a feel for that change, but I would say that it shows that the recorded format is on its way out. But he’s made you a recorded version anyway, a tiny, digestible snapshot of 10 years of Reflection for your eternally-distracted mind.

I'm not going to say too much about the music contained here as the Norman review says plenty. If you like Brian Eno's classic ambient albums from the 70s, particularly 'Music For Airports' & 'Thursday Afternoon' then you will like this too. Not as good as 'Discreet Music' for me but 'Reflection' comes damn close. There is a meditative quality to this 54 minute piece that can drift by in the background almost unnoticed, but if you submerge yourself in this the rewards are obvious.

If buying you should definitely get the vinyl as the tones sound so much better in that format even on a modest record player such as my Pro-ject player. OK you have to flip the record 3 times to listen to it in one go but the download means you get the best of both worlds. And a quick spin of one side of vinyl gives you a lovely taste of Eno if pushed for time. Lush in the true sense of the word.