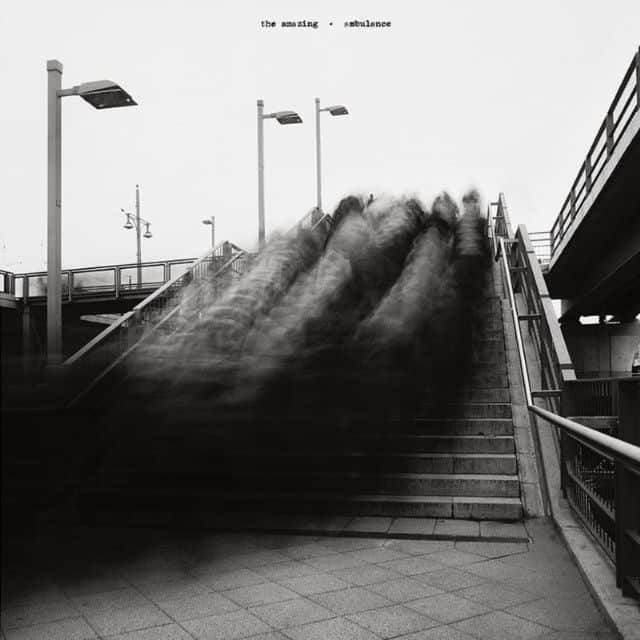 The Amazing have personnel from the psych, jazz and indie-folk parts of the Scandinavian music scene (Dungen and the bands of Erik Söderlind and Jose Gonzalez respectively), so they are plenty versatile. On Ambulance they turn their talents to the melancholic songs of Chris Gunrup, carrying the melodies with dense instrumentals. Out on Partisan Records.

This album is just distracting. I’m sorry. That’s what it is. It sounds uncanny in too many instances, barreling between the exact act it’s accidentally mimicking at the flick of a switch. The Amazing are an epic tour-de-force of a rock band, crafting meandering but worthwhile pop songs out of lush, stormy psychedelia: what they do is commendable, but can we also just talk about how fucking spooky ‘Ambulance’ is?

It’s just. If ever you wanted to know what Sun Kil Moon and the War on Drugs would’ve sounded like together, if Mark Kozelek had not put in his song-written request for the latter band to fellate him, the Amazing are your band. I know that’s not getting on a press release any time soon, but it’s a fine compliment: between the darkly toned riffs and light rhythm section, there’s a singer with a voice just like Kozelek’s, the kind that sounds like a leaf passing from summer into a shrivelling autumn. “Moments Like These” feels like a tracing-paper tribute to Kozelek, with nylon strings filling the spaces between a vocal facsimile.

The music behind singer Christopher Gunrup comes and goes, but is mostly that of an ever-so-gently rocking Dire Straits, using old-school British pop as a means to a beautiful, watery backdrop in which everything automatically matters, no matter what’s being sung. The band’s pastorality is a given, as if they’re an honorary Americana act like My Morning Jacket, without ever really committing. “Tracks” sounds like an instrumental left out of the middle section of ‘Lost in the Dream’, before it breaks into a quietly hummed tune that seems to lament its own dramatics. “Through City Limits” is a long rock ballad paced and toned liked Red House Painters, with crunchy but clarified guitar figures, lush twelve-string  strums and sombre piano opening the floor to feeling.

It’s not the whole story -- “Blair Drager” shows off the Amazing’s more overtly psychedelic inclinations, with a drumbeat as orienteering as one of Can’s, plus spookily surfed up guitar chords. The band dramatically switch the tone, transposing the scene into one of backroom lounge hangout -- they make different scenery out of their verse and chorus, and flit between them seamlessly. Listening in on this track, and to ‘Ambulance’ as a whole, I feel like giving the Amazing a pass on their awful band name: what they do is formidable, even if this record does sound like a mediation of the lamest indie rock spat of 2014.

This record is the musical equivalent of getting lost in wistful melancholy. Hailing from Sweden, The Amazing have managed to make the feeling of misery and sadness sound so wonderful, with the murmured vocals fitting in well with the band’s melodic backdrop. You can almost hear a sound similar to that of mid-70s Pink Floyd on this album, and more often than not, it adds to their introverted demeanour, which is a contrast to the richer, fuller and rather confident sounds this album provides us with.