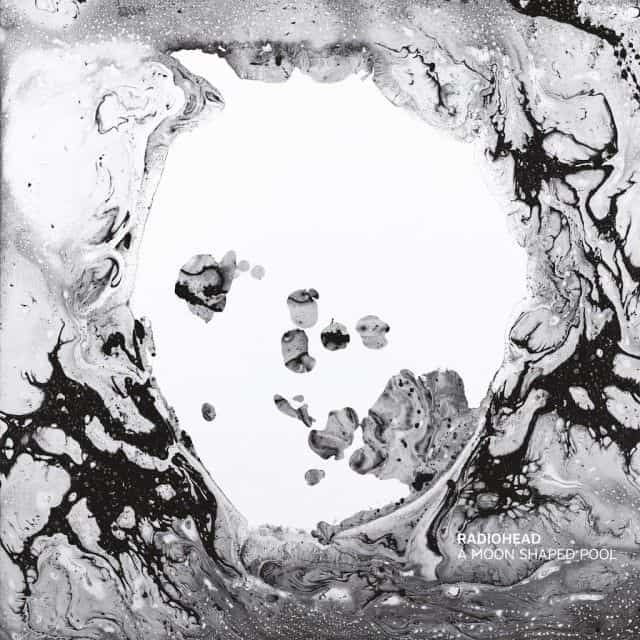 Hello. Thom. It's me. The Radioheadmaster. Your teachers and I are all becoming a little concerned with your workrate. We all agree you're spending a little too much time on BitTorrent and not enough time on your studies. As such we're decided it's best you repeat the fourth grade -- I trust a second attempt at "True Love Waits", "Identikit" and "Desert Island Disk" won't be asking too much. Now please stop looking pensively at your shoes and get to English Lit. What's that? "A Moon Shaped Pool"? You're expelled.

Sing a song of sixpence that goes… Radiiiiiioooooooheaaaaaaaaaaaaaaaad” -- Thom Yorke.

At this point, Radiohead have exhausted being Radiohead. By their seventh album they were just making rock albums, man; by their eighth being inaccessible was no longer remarkable. The biggest Good Rock Band on the planet have lived out all the career cliches, having made records including but not limited to the bad debut, the good one, the classic, the back-to-basics, the self-loather, the hard one and the self-contented one. ‘A Moon Shaped Pool’ is pre-destined to be a great big again of a record.

Such is life, of course -- weary and repetitive, ‘A Moon Shaped Pool’ runs through the motions and stutters on its way to climaxes. It contains seven or so super-old songs, slightly shinier, a little recharged. Its biggest talking point is something that happened twenty-odd years ago, the sentimental closer “True Love Waits”, which never asks to be more than a happy memory. A lot of this record is made by now professional musicians looking kindly on their past, and it makes for a record that sounds old Radiohead, by a band who live with the constant pressure of having to be new Radiohead.

It’s beautiful; I won’t say they sound content, nor anxious. They’re going through the motions, maybe, but you can always play with your motions. On “Daydreaming”, the band give into the filmic inclinations but self-sabotage, filling a track dominated with soft rock piano with a whole ecosystem of ambient sound. It’s produced with all the space of Nils Frahm and made beautiful by the kind of fragmented drone residue you’ll find made by obscure artists on our stockroom shelves. “Present Tense” runs flickers of acoustic guitar alongside Yorke’s voice -- not disguised or dismantled, but plastered as wallpaper -- onto which he scrawls his subtlest lyrics, little scribbles that talk to themselves (first a mantra about distance, then a retort -- “Don’t get heavy”). Even “Burn The Witch” matches its sharp, horrible strings with an almost hopeful lilt. If you can believe it, Radiohead still contain multitudes.

It’s the flow that gets me though. It looks like a joke -- coupled with their meek social media campaign, the alphabetical tracklist looks like a retort to those that watch every ‘mysterious’ Radiohead move, as if presenting a gimmick and then swiftly making it part of the music. These songs couldn’t be more pointed in their sequencing: the old, Bends-lite “Desert Island Disk” goes into the dour dance debris of “Ful Stop”, which feeds into watery piano ballad “Glass Eyes” onto the flummoxed Kraut jam “Identikit”. These shades of fear, contentedness, romance and bitterness, all lined up as they are, seem to suggest Radiohead are revisiting their past lives with a healthy distance, rather than feeling a blunt impact -- it’s why the first thing you notice is the arrangements, the little kinks that have been added or dusted off. If ‘A Moon Shaped Pool’ doesn’t pull you in at first, don’t worry: like they have for many of Radiohead's years, these songs will swim around your head.

It took a few listens for the record to begin to sink in but I love it now and think it is as good as anything they have done. Again, another step forward for Radiohead, and one worth persevering with as this is the lushest, most dreamy and beautiful of their career. Earlier albums had beautiful moments (in albums where beauty wasn't the really the modus operandi) but this whole album is exquisite. I'm not keen on the title of the album, I feel it's a bit overly poetic bordering on twee, but paradoxically it is actually a great indicator of the content (without the music actually being overly poetic and twee!). The music sounds dappled with sunlight, shimmering, drops in water, motes floating in a ray of sun, a heat haze. Stanley Donwood was right to say it was a work of art. If they never do another again, and personally I wouldn't be surprised if they now gave up the ghost, then it's striking end to a sublime career.

WOW I just heard on the web this last work of Radiohead and I have no words I would not want to exaggerate but we are on perfection! and 'how to have heard all their records together, a sum of their great ability' to make music close your eyes and be transported in the more 'deep and soul of our desires, of what we would like to come true and that unfortunately not 'always so' .. here Radiohead trying to show us and help us hearing their music to ease us the pain ..

I add here that the voice of Thom Yorke and returned to become the main protagonist in with less electronics and not' bad listening will not regret ..cannot wait to have it on proper stereo.

Wow a listen! I believe that with this album to Radiohead were trying to regroup all the beauty they lost in their previous album so here you will find the sum of all their beautiful music with a shout toward the hope of a better future. Their music accompanies a hope to be reckoned with we are all in this together ... Therefore, a focus on the texts you have why be enhanced ' listening already is exciting! So what to add more thanks Radiohead!! Since I'm Italian hope to see them again soon to try even more excitement

Radiohead have always been there for me. OK Computer was the soundtrack to my teenage years, Kid A open my eyes to the world and even the patchy King of Limbs had the wonderful Separator. And Give up the Ghost. And Codex. No one else has their level of consistency, experimentation and melody. From listening to their new record, I'm not sure who has the same emotional kick in the face.

I found A Moon Shaped Pool to be a rare thing, for Radiohead anyway; totally human. Whilst there's still moments of political and climate unrest, the wider themes are much more personal. It sounds to me like a classic breakup album, full of warmth, regret and forgiveness. Who really knows with Thom Yorke though, maybe he’s just upset with a polar bear un-friending him on Facebook.