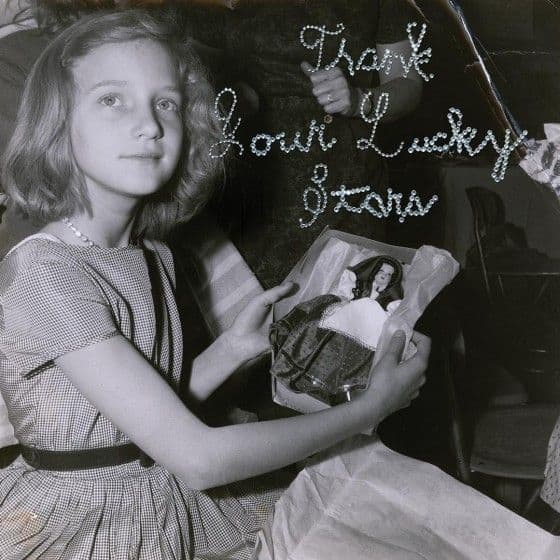 Suprise! Don’t let the fact that Beach House’s last full-length album Depression Cherry was only released two months ago fool you: they are, nevertheless, back with a new record now! Thank Your Lucky Stars isn’t a rarities collection or anything like that, but a full-blown album of their typically lush blooming style. On Bella Union.

Robert Pollard, Prince, Buckethead… they’re all so fucking pissed right now. Beach House might just have undercut them in the runnings for quickest successive albums, detailing surprise record ‘Thank Your Lucky Stars’ a meagre two months after ‘Depression Cherry’. It’s not release date alone, though, that makes this album a shock: rather, it’s the album comes after. With a pointed interest in escaping a future lifestyle of arena rock, ‘Depression Cherry’ rested on little moments -- subtle, monochrome melodies and tinny drum machines replaced the labouring widescreen anthems of ‘Bloom’, which the band seemed overwhelmed by enough to start hating drummers forever. In other words, Beach House haven’t been trying to excite us this year: they’ve been realigning the stars in their favour, towards the internalised dream pop of their old days. Another album? I thought they were tired.

‘Thank Your Lucky Stars’ isn’t all that similar to its gorgeous, Cocteau-romantic predecessor (please leave your “all Beach House albums sound the same!” non-jokes at the door), but it does speak to the same subliminal dramas. A sweetened darkness presides over the record; it’s not Beach House does Prurient, but there’s a new wave pathology to “All Your Yeahs”, its slithering guitar tone sounding both sleek and dispirited. With its signature BH synthline, “Common Girl” sounds quite typical, but the rhythm is humming underneath Victoria Legrand’s aching vocal melodies, which billow between monotone and wide-eyed.

Where ‘Depression Cherry’ seemed to work best in controlled spaces, this record sounds busier, stranger, more welcoming of chaos: a track like “The Traveller” moves at what is, for this duo, breakneck pace; its electronics are dagger-sharp, while Alex Scally’s twanging chords sound dosy, trailing behind with half the energy. “Elegy to the Void” breaches a similar disconnect: with guitar howling like the wind through its middle section, it recalls the grandiosity of ‘Bloom’ -- the band walk through it, though, Legrand’s steadfast vocal coupled with a fragile but dutiful drumbeat that

It takes a lot of confidence for a band to think they’re worth hearing outside of that two-year album cycle formality, but this is Beach House: it’s hard to imagine them running out of miniature melodies, or the open fields in which to put them.