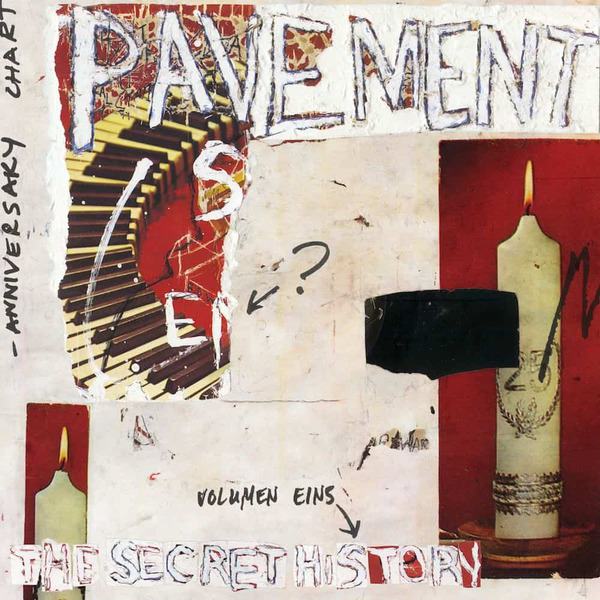 Pavement were arguably the greatest American band of the ‘90s. The Secret History Vol. 1 compiles 30 tracks from the band’s early days, 25 of which have never been available on vinyl before. There are b-sides, Peel Sessions and a live concert from the time when Slanted & Enchanted was their only album. The deluxe double LP is housed in a beautiful gatefold jacket and contains essays from Pavement main man Stephen Malkmus and guitarist Scott Kannberg, aka Spiral Stairs.

Please note that The Secret History Volume 1 (Double LP OLE10641) by Pavement is not currently in stock.

The Slanted & Enchanted period of Pavement’s existence is probably most ripe for rarities and oddities. It’s back when they felt like GbV’s rival in terms of spitting rather than making songs, and to me the record has always felt like it could have gone on far longer, given its ramshackle spirit (moreso than Wowee Zowee, which tries very hard to live up to its promises of a weed-smoking sprawl). Adding on a hundred odd minutes of material from around the time feels only fitting; it speaks to that weird feeling lo-fi gives you where everything feels eternal, as if bad production values put you out of the space-time continuum. Slanted doesn’t feel dated, now; it feels like it’s from a parallel universe.

The Secret History project seeks to compile old Pavement rarities in their own right, presenting them as their own standalone records. Nearly all the songs on this first volume appeared on the Luxe & Reduxe release of Slanted, but now they’re being released on vinyl for the first time, and they don’t just follow meekly on from “Our Singer”. Instead, this record cuts straight in with the groaning feedback of “Sue Me Jackson” alongside Stephen Malkmus’ weird attempt to conjoin his mumblings with his old-school shout-song. Regardless of the presentation, you can tell immediately what period of Pavement these songs are from: “So Stark” is grungy in production, spindly in performance, the guitar at first appearing as specks and then starting to sparkle with the band’s early penchant for ugly beauty. If you didn’t know which Pavement this is by this point, then the next tune is the single version of “Summer Babe”, so… you know.

These songs are nothing new, but they are good, and they fulfill my theory of a longer, more bustling Slanted that could’ve once existed: the fractured melodies exist in excess in tunes like “Mercy Snack: The Laundromat”, which collates slow-mo drum thrashing with a gulping hook from Malkmus. At the same time, this project also reveals that Malkmus was one of indie rock’s best editors: there are extras here that sound like distinct throwaways, like the alternate take of “Here”, soaked in distortion and echo effect. Trying out more gruesome versions of the band’s sombre classics seemed to be a habit of Malkmus’, as this song’s twin, the Crooked Origins’ version of “Stop Breathing”, suggests -- the versions he committed to were best laid sparse.

The Peel sessions offer excellent, often indistinguishable retreads (“Here”) and premiere weird tunes like “Rain Ammunition”, moulded from a bit of unwinding guitar and disastrously compelling Malkmus imagery. Once that’s all done? A lot of live versions await. Okay. There’s less to be discovered here than you’d think, but there are still some signs that the Slanted era of Pavement was more than just a one-album take; that for a while, it was Pavement’s whole life.