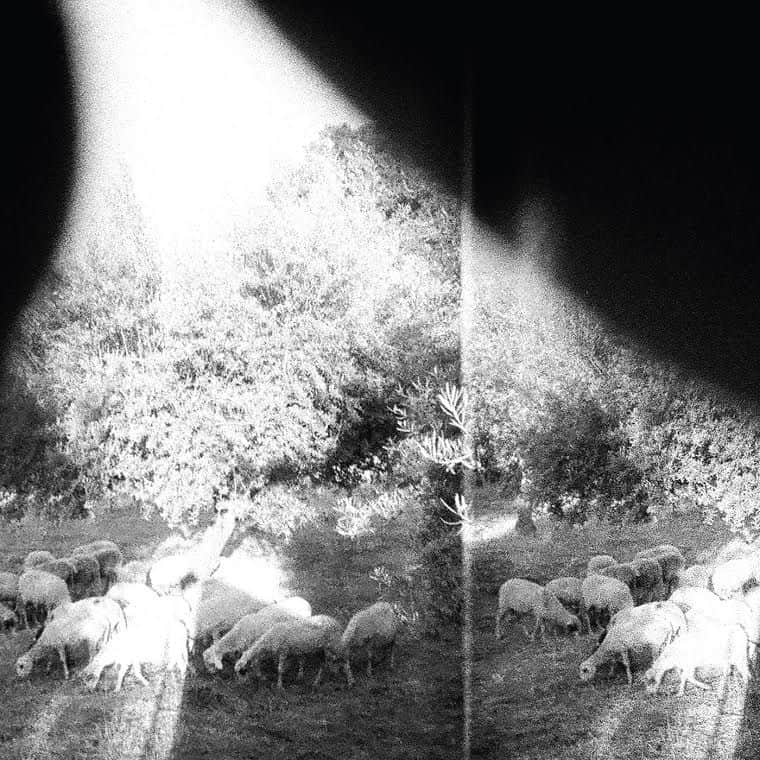 Godspeed You! Black Emperor Asunder, Sweet And Other Distress

Godspeed You! Black Emperor
'Asunder, Sweet And Other Distress'

We thought we'd lost them forever but here they are with their first single length album since their very earliest days. Recorded in late 2013/14 with Greg Norman (not the golfer but the Electrical Audio engineer), 'Asunder, Sweet and other Distress' is described as Godspeed's most focussed and best sounding record to date. Clocking in at an anaemic (for them) 40 minutes, all the usual touchstones are in place, so expect enormo-crescendos, strings and guitars in glorious unison and exhilarating noise and drone explorations. For those with an interest in stats, track count is at 4 this time whilst exclamation mark total is at a lowly 2.

Asunder, Sweet And Other Distress by Godspeed You! Black Emperor 5 reviews. Write a review for us »
9/10 Robin 25 March 2015

Godspeed have always spoken through others. Our favourite anonymous band, their rise has been charted through phonies opening our eyes, nostalgics waxing lyrical, helicopter crews circling in; the nameless of North America, trying to stake their claim on it. The idea of them as a political band is just that: an idea. It is us who talked and listened, but as for the band? There’s more urgency and crescendoing riddle than there is manifesto. If you want that, look for Efrim Menuck’s other startling band, A Silver Mt. Zion, who have predicted bridges collapsing and the unfortunate steady rise of Western civilisation. It's good to politicise them, though -- Godspeed are here to make you feel uneasy and jubilant, and in the tension of their strings, there’s nothing more than this one aim: to be inferred.

‘Asunder, Sweet and Other Distress’ is the first Godspeed record free of vocal samples, but the music is more articulate than ever. Based on live favourite “Behemoth”, the focus is on procuring an airtight recording of an old musical companion. The piece comes ready made, and it sounds it: opener “Peasantry” sees the band do Black Sabbath, but elegantly, taking the doom mantra to heart -- that you just have to be really fucking good at riffing, and the rest will follow. They plunge their way into a seismic jam of airtight percussion (lots of marching snare, of course), crumbling riffs and stabbing strings. It sounds engineered with a similar anxiousness to Silver Mt. Zion’s “What We Loved Was Not Enough”, with strings and guitars sounding wrapped around each other, inseparable as they swoop for the crescendo together.

The middle section expands Godspeed’s recent infatuation with dead-eyed drone: much like the two supplements on ‘Allelujah’, “Lamb’s Breath” and “Asunder, Sweet” can be taken together, opening up with the sludgy chord affectations of Sunn O))) before being reduced to a chilling whir of sound, like late era Skullflower without the noise. “Asunder, Sweet” is gentle and healing, for its part, letting little bursts of distortion in against its will before building to the deafening breach of “Piss Crowns are Trebled”. Here, Godspeed do what Godspeed do best: they march into a ring of fire, drums propulsively tugging the rest of the proceedings along with them. It sounds as if the screeching guitars are doing their best to hold back, to protest this end, but it’s a sweet finale: a swirl of aspirational violins before what feels like an ominous victory lap, the band collaborating on their descent with startling, incremental precision.

'Asunder' fades away after its most intense moment, as if to remind us that it's absolute rock music. Where previous Godspeed records have been supplemented with fragmented poems and confounding diagrams, ‘Asunder’ is contentedly singular, speaking for itself and to hell with the rest. Doom, drone and riffed benediction: that’s all I can ask from a band who will always be open to interpretation.

Although Godspeed have been playing these four tracks (previously treated as one 'Behemoth' piece by fans) live for some time now, and despite my having listened to the various live recording available on You Tube numerous times over the years, 'Asunder, Sweet and Other Distress' is still an impressive and powerful album. Asunder is, as many reviews have noted, one of their shorter releases (although at 40 minutes long it's hardly a let down), and while the ratio of drone tracks to post-rock epics matches that of their previous album 'Allelujah! Don't Bend! Ascend' at 2:2, the sound is vastly different; opening track 'Peasantry, or 'Light! Inside of Light!'' channels the sounds of Earth while offering up something that is unmistakably characteristic of the bleak 9 from Montreal post-hiatus, 'Lambs' Breath' and 'Asunder, Sweet' are two breather tracks, building an uncertainty in the listener, a tension that feels unyielding right up until the drums indicate the descent into Asunder's crowning glory, 'Piss Crowns Are Trebled' which is arguably one of GY!BE's strongest tracks to date, the 'Mladic' of the album and a track that crescendos to a grand and soul-stirring conclusion.

I saw Godspeed play last night in fact, so whether this 9/10 review is just me spouting fan-girl-ness in a prolonged euphoria, or what, but I'm yet to be unimpressed by a Godspeed album or gig, and judging by the new songs they are currently playing live (newer even than the new album just released!) they are only getting better.

Pretty disappointing return, and certainly no where near as essential as their earlier releases. The music is more stoner rock than post rock. There are none of the interesting sound samples that conveyed a meaning to GY!BE otherwise instrumental tunes, and provided a bit of emotional and intellectual heft. There is little of cinematic sweep or classical touches that made, for example, Yanqui UXO so compelling, and in places quite beautiful. Instead there is much more bombast. I've tried playing it a few times and I'm not feeling it growing. It's OK, but I expect a lot more from this particular band.