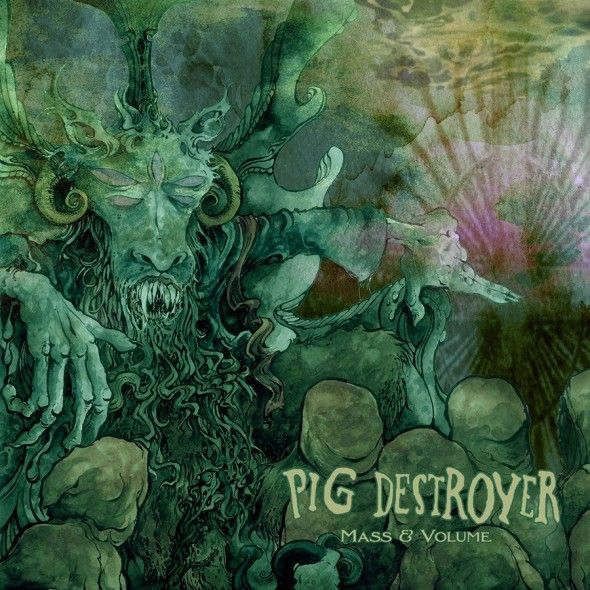 Pig Destroyer are staying busy right now: along with their goregrind side-project Agoraphobic Nosebleed reuniting to perform their first real live shows ever, they're releasing 'Mass & Volume', another one of their left-field EPs that does away with the grindcore for slow, sludgy innovations. Similar to 'Natasha', this EP is Pig Destroyer stretching out their evil, this time over two long, doomy tracks that deftly juxtapose their usual twenty-odd five-second blasts. Doom and grind -- why can't we be friends? 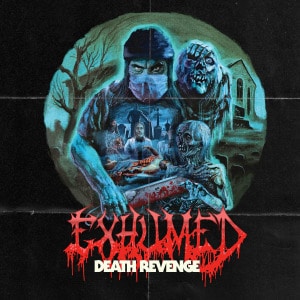 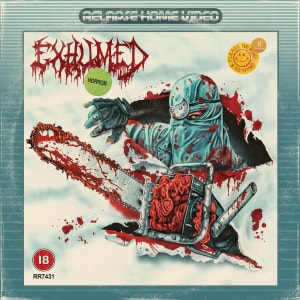 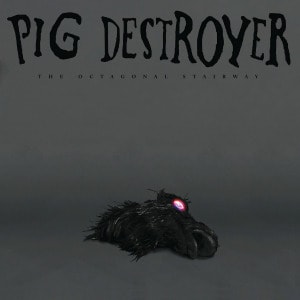 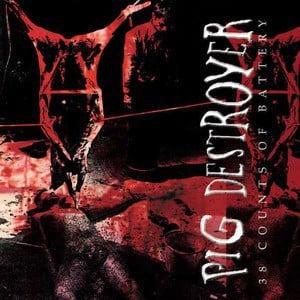 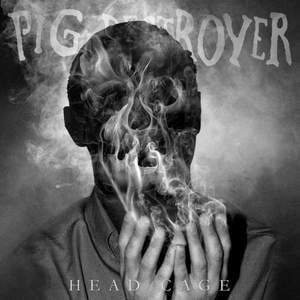 It's kind of shocking that Pig Destroyer are in the mood to release one of their long slog EPs right now: guitarist Scott Hull is currently in the middle of rallying his goregrind assholes Agoraphobic Nosebleed together for a few live shows, so hearing this long, screeching ascension into celestial doom is disorientating, as if the band have abandoned blastbeats when they need them most. In actuality, though, 'Mass & Volume' isn't new: it's a heavy metal tome from 2007, back in the days when the wicked-fast 'Phantom Limb' was being tracked. That makes more sense, placing it neatly in time next to 'Natasha', when they last dipped their toes in making the slow kinda heavy.

Pig Destroyer's droney affections and doom leanings have never translated onto one of their records proper -- there's no place for this kind of sluggish call and response on 'Prowler In The Yard' or 'Phantom Limb' -- so these EPs always feel a bit gimmicky, as if the band are proving they can punish and slay under any circumstance. That said, 'Mass & Volume' has studied its genres well -- the first track is as patient as your average Thou record, Hull's riffs played so slowly it sounds like he's wrestling them out of chains, and Harvey's drumming precise, controlled and yet oddly spontaneous, holding back so that you jump when he's unleashed onto his kit. Like 'Natasha', it hopes to complete its suffocating atmosphere with vocal and musical samples, as if the band are only really creating half of this world, and letting the rest of it get created incidentally. The way these samples are spliced in -- with five minutes to go, underneath the rubble Pig Destroyer are making with their instruments -- makes the title track feel somewhat like unfinished business; a climax is built to, but never delivered. Vocalist J. R. Hayes sounds a bit like Gollum though, which is sick.

The way b-side "Red Tair" starts feels more natural: it's another slice of crushing, feedback-doused doom, but it begins as if the band have just entered one of their vintage breakdowns -- as if the fat from their maximum speed grind has just been cut off and left behind this. As the track goes on, it resembles something between the doom of Electric Wizard and the defiant, undying crust punk of Cursed -- it moves at an unwavering and yawning pace, but the chords are ugly and dishevelled, the riffs strikingly unpleasant. This isn't that meditative doom nonsense; instead, the drums come in fully fractured, sounding like a halfway point between doom 'n' grind. Is this just an Agoraphobic Nosebleed song put through Paulstretch? No, but close enough. Overall, these two tunes show that Pig Destroyer are decent enough merchants of the excruciating apocalypse, the one where brimstome falls down one riff at a time. They're better at bringing it fast, though.