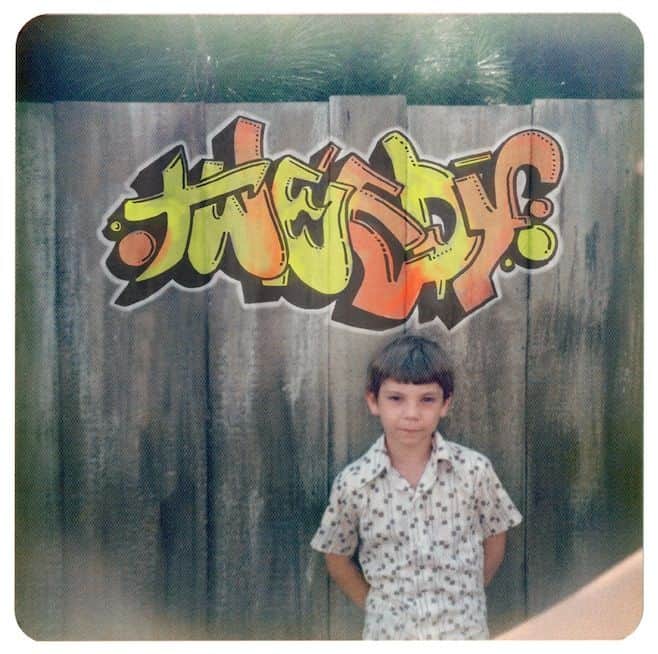 On 'Sukierae', dad rock gets literal: initially set to be his first solo record, Jeff Tweedy enlisted his son Spencer on drums, making the record an ensemble Tweedy affair. The record recalls the light, airy folk rock of latter-day Wilco records, especially 'The Whole Love', while retaining some of their weight and complexity. 'Sukierae' is a wistful and intricate double record from a man who never gets tired of making rock songs.

This item needs to be ordered in from a supplier. Currently ships in 7-14 days but delays are possible.

Sukierae by Tweedy 2 reviews. Write a review for us »

Originally considered a Jeff Tweedy solo album, it was only when his son Spencer pitched in to help on some rehearsal sessions that this new project from the Wilco frontman gained momentum. You might think making a record with his teenage son in his own studio to be released on his own label would bring out a lesser-seen cheery Jeff Tweedy, but alas no. While not coming close to the nihilism and loathing sprinkled liberally across Wilco's back-catalogue, especially on Summerteeth and Yankee Hotel Foxtrot, these folky laments are among the saddest he's written in the last decade. 'My thoughts are grim, polluted as I am...I have written with a rope wrapped around my throat' he murmurs on Honey Combed. And if you were hoping for some Tweedy power-pop, a la Candyfloss/Can't Stand It/Monday, forget it. This is an album - a double album, even - of mainly acoustic guitar, unfussy drums and understated vocals.

At the top of his game Jeff Tweedy is a musical savant. His mind-bendingly impressive body of work with Wilco contains so much depth, so many angles, so much to seek out and listen out for; mystery, honesty, hope and despair, endless meaning, double-meaning and contradiction; and divine melodies and hooks, proper poppy hooks. But the finest singer-songwriter of the last 20 years is here not on his finest form. Sukierae is not a collection of folky gems - far from it. It is a stark, sparse and subdued album, the exceptions being spiky opening number Don't Let Me Be So Understood, the stuttering World Away and the frazzled Diamond Light Pt 1. Too many of the 20 tracks here are plodding and pedestrian. The entire final quarter of the album - Down From Above, Where My Love, Fake Fur Coat, Hazel, I'll Never Know - fades into complete insignificance. And on the record's first half High As Hello, Pigeons and I'll Sing It are again so slight and uninteresting they'd never make the shortlist for Wilco's b-sides. Cut those eight tracks and the remaining twelve would form an album close to acceptability - not vintage Jeff Tweedy, but perfectly fine, pleasant, just about worthwhile. Only a few tracks really present the family Tweedy in a fair light: the simple, subdued but beautiful lament Nobody Dies Anymore is the standout. Low Key and Summer Noon are also reasonable wistful ditties, though even they are profoundly pedestrian when considering what the man is capable of.

Sukierae - his wife Susan's family nickname - is a family jam session that's got out of hand. As a 71-minute album it becomes exactly what Tweedy's past solo shows are not: repetitive and stale. At that length it doesn't even need to be split down the middle, drawing out the tedium; if there is a shift in tone or attitude or sound between the album's two parts it was entirely lost on me. For a document of the man at his solo best, seek out the excellent Sunken Treasure: Live In The Pacific Northwest dvd instead. While you're doing that let's agree to pretend this never happened.

I've always kind of liked Jeff Tweedy’s musical output from his work with seminal alt. country groundbreakers Uncle Tupelo through to Americana genre-stretchers Wilco and his collaborations in such “supergroups” as Golden Smog and Loose Fur. I say ‘kind of’ because although Wilco always sounded like Wilco, my favourite album of theirs was 1996’s “Being There”, their second album and they never reached those heights again, even with the acclaimed “Yankee Hotel Foxtrot”, so I was always a bit let down. This, however, is a statement that is probably a little unfair, to be honest. For me, “Sukierae” might be the best thing Jeff Tweedy has done, possibly even better than “Being There”. Only time will tell.

Arrhythmic 93-second opener “Please Don’t Let Me Be So Understood” musically, seems to announce a renewed vigor within Jeff Tweedy, a freshness. This is HIS record, and he’s happy with that. Indeed, the freshness is again evident in one of the album’s high points “High As Hello” the stoned melody is enhanced by the backing vocals courtesy of Jess Wolfe and Holly Laessig from Brooklyn band Lucius. The backing vocals add a welcome texture to the music throughout the LP. “A World Away” is sonically reminiscent of John Lennon’s “Gimme Some Truth”. “Slow Love” and especially “Diamond Light Part 1” recall Wilco’s more experimental moments, the former more gently melodic, and the latter fortunately having artistically little to do with Hoddle and Waddle’s 1987 similarly titled horror hit. “Wait For Love” is a gorgeously understated semi-waltz seated nicely between the previous track’s experimentation and the album’s best track “Low Key”. Similar to “Summer Noon” in melodic intent this is as pop as Jeff Tweedy gets, relatively upbeat with a modest Motownesque chorus. “I’ll Sing It” wins me over with its descending bass line chorus and “yeah yeah yeah” backing vocals from the Lucius girls.

This is a proper double album, in length and sequencing. Jeff Tweedy has thought about this. The fourth side is one to relax to, to put on knowing you don’t have to get up again and you can gradually drift off to, leaving the needle ssst-popping as it remains on the blind track at the end (Depending on the type of record player you have). The highlight of side four is the album’s closing track “I’ll Never Know” which has more than a little Elliott Smith about the guitar playing. This is already a great album and one that I expect to grow on me further.