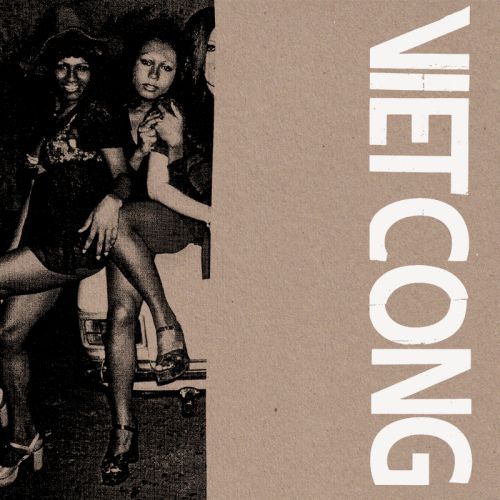 Viet Cong is a new project consisting of old members of Women, Calgary's prime and now broken-up noise rock band, as well as Scott Munro, a member of Canadian producer Chad VanGaalen's backing band. The record is a more straightforward and poppy affair for both artists, made from garage pop guitar and moody post-punk vocals. The guitar innovations of Women can be found in the sound of 'Cassette'. While it was initially a tour-only tape, it is now available on vinyl through Mexican Summer. But it's still called 'Cassette'. 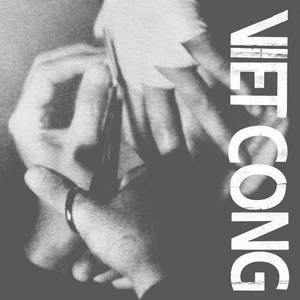 We owe Chad VanGaalen our lives, our legs and a lot of money. The Calgary producer and gruesome fairytale songwriter is responsible for mastering Women’s snowstorm masterpiece ‘Public Strain’, and now his backing band -- which includes, by the by, half of Women -- have decided to unite and impose their own strain of indie rock on the Canadian scene. Given the tragic death of revolutionary guitarist Chris Reimer and the on-stage fisticuffs of the Flegel brothers, it felt unlikely we’d ever hear this sound -- these guitar tones -- again. And so ‘Cassette’ is a blessing; these dudes have a photographic memory for the post-punk they were making, and here’s the proof, seven knockout tunes of intuitive guitar interplay, arrogant chord chugs and vocal brooding. “The joy comes softly!” they say, but actually they are awful bastard liars: it comes hard.

Originally released last year on its appropriate format -- the cassette -- Viet Cong decided to give these songs another go-around on 12”, confusing the music world at large (or at least me) with their formatting paradox. It’s a fitting move, though, considering the gleeful, irresponsibly good pop songs they’ve made here. In terms of their expanded discography, ‘Cassette’ is actually the brightest, most purely enjoyable thing these musicians have made together, flirting with the laid back indie rock made by bands such as the Smiths, as well as the irreverent bluster of Bauhaus, who they cover on the flipside. It’s a brief, joyous intermission in their sound, considering their forthcoming self-titled is shaded in the grey-scale with ‘Women’ and ‘Public Strain’, tributing the likes of Joy Division, Vatican Shadow and Swans. Enjoy it while it lasts: “Throw It Away” bursts in with a bassline that bounces off the walls and then lands perfectly in the centre of the room. The synth sounds like it’s being hurled between band members, and the guitars speak for themselves, as always, just existing perfectly, rapidly and confusingly between your inadequate ears.

There’s the winking, moody noir of “Unconscious Melody”, with squealing riffs and abrasive chords that combine for a slice of action movie post-punk. Then there’s “Oxygen Feed”, which lets one of the band’s smoothest, most unwaveringly gorgeous guitar riffs spill over into a full outro, the band too in love with the sound to let it pass by unnoticed. With the sunnier pop songs out of the way, the band go in from the obscured, bleeping “Static Wall” up until the ferocious kiss-off of “Select Your Drone”, which hammers away at dissonance between its grooves and vocal chants, hinting at the darker, more cavernous sound to come. Still, there’s something delightful and impossibly happy about this record, as if these artists were just happy to be in a room together -- and in some cases, happy to be reunited with the musicians they once knew. For a band we know to be innovators of noise and avant-rock, that should be a disappointing resolution -- as one friend remarked, “Static Wall” has no static, and “Select Your Drone” is no drone -- but ‘Cassette’ is a gem. It’s a reminder that your favourite guitar tone is safe and will be back soon; and while we're waiting, there’s time to go to a post-punk party.