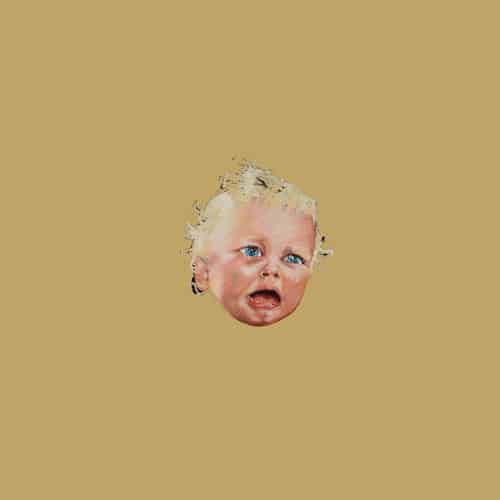 SWANS To Be Kind

SWANS
'To Be Kind'

Hold on to your hats, Swans thirteenth studio album is a two hour confirmation of Michael Gira's brutal, complex yet endlessly creative singular vision. It continues their uncompromising path in producing heavy music which is both beautiful, warm and tonal as well as droning, foreboding and relentless. To Be Kind is a crush of the senses by way of twisting blues and experimental pounding rock music. There's no-one quite like them.

I've spent my life a little afraid of Swans. They're pretty violent bastards. I saw one proper going for somebody's arse on a canal barge once. Serves them right for drunkenly hanging it off the edge. Michael Gira, the singer from the rock band Die Schwäne, doesn't so much peck your arse as kick it; metaphorically, cerebrally and physically (you have to see them live) fucking hard.

Observing the bleak, grey Friday morning out there, a day brutally moulded by weather conditions so terribly hostile and depressing I'm surprised I'm out of bed at all. But I got a secret weapon to help me cope. It's called 'To Be Kind' and I just had to rewind. Yes it does open sounding a little like Slint meets Kyuss....then early heady Tortoise vibes tumble into the mix before an ice-cool intoned mantra creeps into your mind to spook you out. There's a fine thread of malevolence snaking beneath the bobbing bass and stalker movie piano motif - a perspiration line of scratchy six-stringed threat - but it's mainly just hypnotic-as-fuck and dare I say melodic? Aye, of course 'Screen Shot' concludes with the usual needle-pushing, amped-up levels of hysteria but doesn't quite career down the bludgeoning, oppressive route you are forever anticipating with these psychos.

So, a relatively light and rhythmical introduction for their Mute début and you'd be forgiven for thinking these stern craggy-faced chaps had "gone a bit soft". But this isn't a bloody "shandy" album you know! Les Cygnes are strictly top-shelf business. This is their "Cognac record". 'Just A little Boy' falls more into slow, dusty cinematic Gothic stoner-folk-rock territory but that's an attempt at pigeon-holing the unpigeonholable. It's a brilliantly slow, brooding atmospheric thing which has Jeerer manically babbling in tongues at one point...a sense of demon-confronting apocalypse in a desert somewhere. Quite marvellous.

Skipping further into the heart of the record, 'A Little God In My Hands' is another quite unusual piece. Almost kind of funky in a lumbering, repetitive mechanical way. Guiderope's vocals hectoring as per usual but sort of unhinged and processed...almost Lydon-esque in their demented glee. Just when you thought you'd got away with it 'Bring The Sun / Toussaint L' Ouverture' smashes into your gormless face like a viscous articulated lorry on bad drugs. For a bit. Then it goes peyote-fuelled sky-worshipping for a stretch.

Um....forgot to tell you this tune is 35 minutes long. Better get yr pyjamas ready!

'Some Things We Do' is a stunningly creepy and suspenseful number with loads of disembodied swooping strings and unsettling discordance. The lyrics on this are plain terrifying. I feel like I've done something really bad. My overall impression of this album is one of overwhelming respect at this band's ability to consistently surprise, scare, challenge and thrill the listener. There are no other bands of this age and pedigree still pushing the envelope, and granted, 'To Be Kind' is not the maelstrom of head-caving intensity that was 'The Seer'.

Thank God for that. They'd be a one trick pony then. It's altogether a more sublime and moody recording with a greater emphasis on unfurling textures and grand atmospheres. Plain weird in parts. foreboding here, playful there, Unexpectedly shit-kicking and demented In others - I mean 'Oxygen' towards the end sounds almost inspired by bands such as The Jesus Lizard, The Fall & The Butthole Surfers!

Overall a very varied, intoxicating and exciting album. I feel privileged to have finally got a chance to say some nice words about this wild sonic assault of a rock unit.

A small minority of my friends insist that “Swans are Dead” and have been well before the live album of the same name from 1998. Taking into account the reformation of the band and the release of 2010’s amazing ‘My Father Will Guide me up a Rope to the Sky’ alongside 2012’s monolithic ‘The Seer’; it's a shame that a few people still see it this way, considering the kudos they're now receiving.

‘To Be Kind’ is slightly more commercial (in a relative sense) than their previous affair, 'The Seer'; and this follow up album sounds as fresh, relevant and as vibrant as they ever have been.

Gira's unmistakable warm tones, sound as good, if not better than they ever have; whilst musically, ‘To Be Kind’ sources and plays on a variety of heavy droning guitars to blues inspired licks that hammer the senses slowly, as opposed to the brutal thrashing of earlier work.

As challenging and complex as this will be to digest to the uninitiated, there is enough on here to be appreciated for many a music lover of many a genre. SWANS are thankfully, still not a commercial outfit; but enticing newer audiences can only surely secure their future endeavors.

Swans are, without any doubt, one of the very heaviest bands I've ever heard.

Heaviness is not about down-tuned guitars, double-kick drums or growling and neither are Swans. They're about sculpting the sound, volume and dynamics. About being a harsh master to your instrument and pushing its boundaries. About seemingly never-ending walls of sound with every single musician being focused on that one spot deep down in your soul. About being absolutely physical. About making you feel both euphoric and dirty and emotionally tired at the same time. About consuming you in the process of listening and making you lose track of time. About layering the instruments and vocals, about taking one moment, repeating it and changing it with every hit. About patience, devotion and constant evolution.

Coming with a successor for such an explosive album as The Seer had to be hard. However, Swans couldn't have done a better job. This record is larger than words and that's why it's hard to talk about. Because you don't just listen to it - you experience it and you live it.

The natural continuity of “The Seer” is here. This paranoid representation that began before two years, is continued in an other two-hour disk. New Swans are better than never. Gira does not stop writing and producing new tracks.

The force of nature through notes! Astonishing tying noise and rock sounds. Fantastic compositions that are taken off with instrumentation that it charms. I wonder, that they accomplished, they made of equal “The Seer” in so much short time space.

Total respect for Gira, must have and sure in top lists for the bests albums of the year in my opinion.