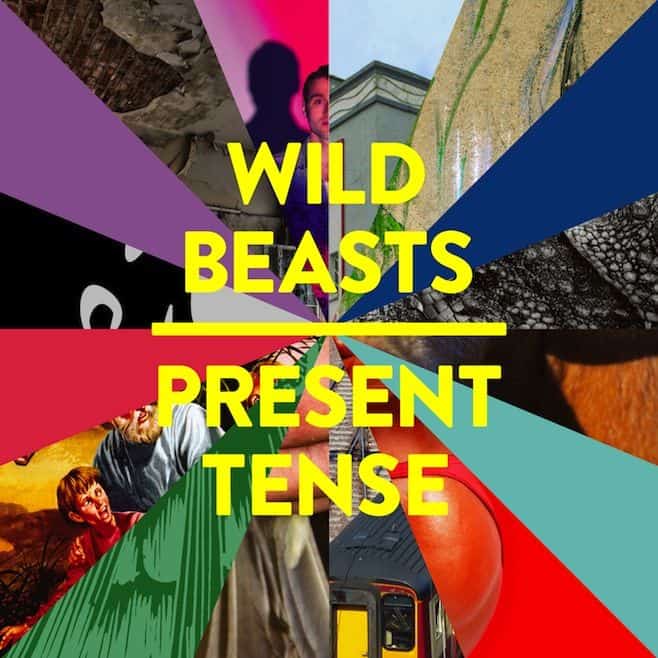 Oh God, dear God what have they done?

Wild Beasts are a band who, after I’d completely dismissed their debut ‘Limbo Panto’ due to its carnival shrieking and roly poly cabaret operatics, I grew to love following their about turn towards a subtle and effective new take on pastoral British pop on their superb ‘Two Dancers’ and ‘Smother’ albums. Here though, they have discarded their twinkling and crystalline guitar style and replaced it with a myriad of synth-based work which to these ears just doesn’t hit the spot.

First up the good points... and there are a few. Opener ‘Wanderlust’ is a decent example of how a guitar band can switch to a synth-based sound and still retain a feeling that it is being made by a band and not an individual at work with a laptop. I particularly like the closing section which builds in intensity towards a dub-inflected final note which, as it turns out, is one of the true, daring moves on this record. The drums, however, are programmed and with that Wild Beasts lose one of their most effective weapons. Drummer Chris Talbot has a lovely style, playing mainly around his toms, rarely using cymbals, he is a very inventive and intuitive player this and to hear him reduced to a loop which could have been made by anyone using Logic loops is hugely disappointing. Yet the track is stirring and interesting enough to shine through.

‘Mecca’ is one of the better 'pop' songs on offer, the synths haunt in the way Kate Bush's do on ‘Running Up That Hill’ and the chorus flowers beautifully, splendidly catchy it gets even better once the vocals start intertwining on the second and third run through of the chorus. Tremendous and wholly memorable. There is also  lovely guitar break from guitarist Ben Little whose distinctive, patient style is virtually muted on the rest of the album. ‘Sweet Spot’ harks more back to the sound of ‘Smother’ and has some nice vocal interplay between Tom Fleming and Hayden Thorpe who as the years roll by seem to sound increasingly like each other. Of the slower ballads that litter the final third of the record,  ‘A Dogs Life’ has some gorgeous lamp-lit guitar pickings and dark low end bass giving the track a sinister, churning feel that is much needed. The drums here are at least inventive and its on this track where Wild Beasts perfectly blend their primary influences from the 1980’s, the fairlight ambience of Kate Bush against The Smiths-like guitar bands they so lovingly and subtly pilfered on previous records.

Now for the negatives. ‘Nature Boy’ is one of the low points of their entire career. A pointless, vapid go-nowhere song, it succeeds in only annoying the listener and if it wasn’t for Tom Fleming's distinctive baritone voice you could barely tell it was them (it actually sounds more like Elbow using Gary Numan’s bank of synths) and shoehorned between ‘Wanderlust’ and ‘Mecca’ it almost derails the album before its even started. ‘Daughters’ is the worst kind of atmospheric 80's synth rubbish. I must declare here that two of my favourite albums of the 1980's were The Blue Nile’s ‘Hats’ and It's Immaterial’s ‘Song’;  beautiful, haunting, evocative albums which created a tinkling, thrilling late night urban mood. More recently, Darkstar did something similar with their excellent ‘North’ album. This track is terrifically boring, uses dreadful lyrical cliches ('jesus was a woman' for God's sake) and it only springs to life when a harder-edged techno style dark synth is added to the mix. This track exemplifies the failure of the record for me in that this was Wild Beasts opportunity to make a brave bold forward-thinking record. Instead it's boring, anaemic and lacking in substance. I don’t mind that they are using synths over guitars but the gripe is that they are using dull and uninteresting ones whilst the production borders on anaemic. When they are reasonably upbeat, the songs are generally good but the record is spoilt by poor stylistic choices and too many plodding tracks. I read an interview with the band recently who seem to think that they have created a bold love-it-or-hate-it masterpiece. I urge them to listen to track 6 ‘Pregnant Pause’ again. This ain't no ‘Kid A’, and compared to bold British music such as These New Puritans,  here we have a band who actually sound like they are boring themselves. In 1981 Kate Bush made ‘The Dreaming’. Thats 1981 folks and that is what bold inventive music sounds like. On this record,Wild Beasts have skipped that bit and gone straight to Kate's late '80's blander work such as ‘The Red Shoes’.

I had previously felt that Wild Beasts were a band you could believe in, the sort of band you could hang your hat on. A great northern bunch who were thoughtful, inquisitive and unafraid to to come up with a new sound and screw the consequences.  What, then, has happened to them? Is it success that has nullified their creative core? Has the move to London led them to lose their harder wind blown Pennine edge? As boring ballad leads to boring ballad and the album draws to a close you are left in a kind of despair as something you loved so much has gone, replaced by something so polished and tweaked and scrubbed and slow and uneventful. I’m aware that the record is receiving the sort of platitudes from the music press that would lead you to believe that this is the second coming. I just can’t hear what they are so enthusiastic about as large swarthes of this record are so dull I think I'm going to die.

So that's that then. I can safely say that I'll not listen to this again. I'm sure when ‘Mecca’ or ‘Sweet Spot’ come on the radio I'll continue to enjoy their haunting melancholic beauty when taken on their own terms but as a whole this has failed to connect in any way shape or form. An unbelievable turn of events considering the love I had for their previous records.

And so we arrive at album number four from those fit young Lakeland bucks, Wild Beasts. Following three albums of ever-increasing quality, Present Tense finds them leaving behind the reckless theatricality of Limbo Panto, the poppy whimsy of Two Dancers, and the lascivious solemnity of Smother.

Make no mistake, this is still undeniably a Wild Beasts record, most obviously due to that still- beguiling combination of Tom Fleming's baritone croon and Hayden Thorpe's falsetto warble. The most striking difference this time around has nothing to do with the vocals, but rather the band's new-found partiality for synthesisers. Present Tense hums with retro synth pulses, only occasionally hinted at on past efforts. It's a bit electroclash, even a bit gothic in places, and thus sounds more sinister and brooding than they've ever previously managed.

Alas this seems to be at the expense of writing any memorble tunes. There be no Devil's Crayon here, and no Fun Powder Plot, Hooting & Howling, Lion's Share or Reach A Bit Further either. What we have instead - Meccca, Sweet Spot, Pregnant Pause, A Simple Beautiful Truth - are perfectly fine, perfectly British, synth-led pop ballads. They're just not quite so good. That's not to say this is a weak album - heavens no - it's merely an observation of an apparent shift in focus from the band, from a songwriting process once strictly melody-orientated to one now with an ear to sonics and atmosphere - and isn't that a progression we so often see? So yes, this is probably the album that brings to an end their run of ever-improving output, but so what?

And yes, they do still have that, perhaps inescapable, tinge of drama school rah about them - if anything, this album reinforces the characature, verging as it does on self-parody at times. But this remains an unfair and luddite viewpoint. They're simply a bit different, a bit bold, a bit androdynous, and yes, a bit camp. As Thorpe opines on opening track Wanderlust, perhaps aiming towards the naysayers and doubters, 'Don't confuse me with someone who gives a fuck.' Quite right.