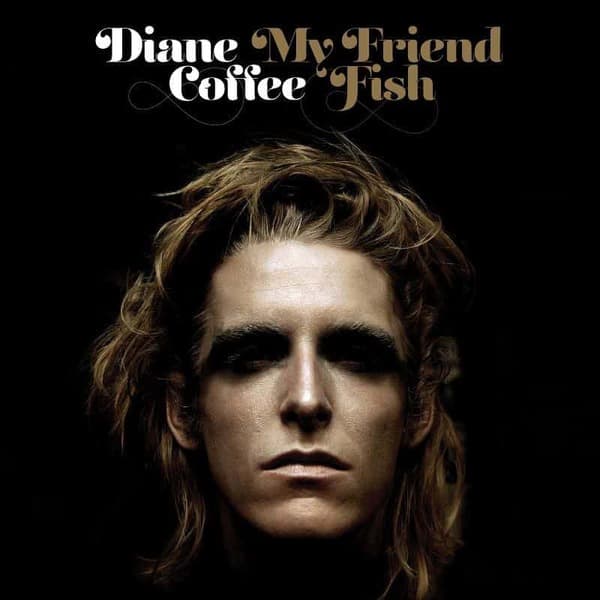 California-spawned Shaun Fleming, aka Diane Coffee, is perhaps best known as the sometimes drummer in avant-garde rock outfit Foxygen. His debut solo album 'My Friend Fish' was recorded in his Manhattan apartment shortly after he fled sun-soaked Agoura Hills in search of new inspiration. Following a bout of 'flu, he locked himself away and created what is simply a mind-blowingly great set of rampant psychedelic pop songs, using whatever means he had available to him.

And what he has achieved on a broken drum kit, a tuned-down guitar in place of a bass, and his iPhone is simply astonishing.

Opener 'Hymn' is a woozy, choral buzz, dripping with wanton psychedelia. Making optimum use of choral backing and trashy guitars, the song meanders intriguingly towards a rampant punk centerpiece, then cheekily slides back into first gear again. And this is how the record is as a whole: like a stoned walk on a sunlit beach interspersed with moments of cacophonous rainfall. Just as one storm passes and you’re back on your beach towel, another comes along and has you up on your feet and dancing gloriously in the downpour.

'Tale of a Dead Dog', with its tender Pink Floyd-esque smoothness and prettily-picked guitars nestles nonchalantly among the chaos of more forthright edgy tracks such as the frantic synth-driven chaos of 'New Years', and the funky distorted 'Eat Your Love'. But for me, it’s the perfectly-crafted pop songs such as 'All The Young Girls' (sweet but never twee) and 'Green' that stand out.

At the centre of this brilliant record is the nostalgic 'WWWWoman', an epic Amy Winehouse inspired (probably) track with Calexico-like desert beats, forcing the listener to yank up the volume with its electro madness. The vocals here are particularly great.

Diane Coffee (named after Diana Ross and, well, coffee) is undoubtedly a great talent. His vocals are faultless and the pure originality that oozes from this record make it something unique and timeless. The improvisation and sheer creativity at work here all feels effortless. I can’t wait to hear what he comes up with next.