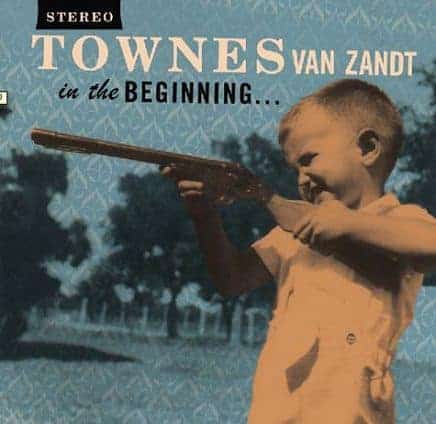 Townes Van Zandt In The Beginning

Townes Van Zandt
'In The Beginning'

If you don't know about Townes Van Zandt and his music then you really are missing out on of the best songwriters ever.

Scion of a prominent Texan oil family, Townes Van Zandt was a high-school over-achiever with good looks, a genius IQ, and a career in high US politics mapped out for him. In response to college bouts of drinking and depression his parents admitted him for a spell of shock therapy. The law-school-then-Senator plan fell apart, and for the next thirty or so years he lived a roving and troubled life on both the peripheries and at the apex of the country circuit, playing in bars to handfuls of people even as his songs reached the heights of the country charts after being covered by the likes of Willie Nelson and Emmylou Harris.

He was dead by 52, done in by booze and heroin and still largely unrecognised except amongst a knowing and highly influential group of friends and followers, such as Cowboy Junkies (who he supported on tour), fellow drug-hoover Steve Earle (who ran away from home aged 14 to follow Van Zandt, his hero and role model - choice!) and Sonic Youth’s Steve Shelley (who invited Van Zandt to record with him in the year he died, but had to turn away the wheelchair-bound Townes from the studio due to his erratic, end-of-life-alcoholic behaviour).

Anyway, ‘In The Beginning’ is a collection of early songs from his first Nashville session in 1966, thought lost but since found and now offered up to us. If you already know Townes Van Zandt's music then there's nothing here to surprise you, but don't let that put you off because each one of these songs is a gem. Eight of the ten tracks are solos, mainly showing off his unearthly skill in the just-a-man-and-his-guitar-and-his-sadness ballads that he is known best for. But there are a couple of backing band shitkickers thrown in too, such as the opener 'Black Widow Blues' and the rather chilly ‘Hunger Child Blues’, and taken together this is pretty much an essential listen if you have even a nodding interest in Van Zandt's music. For early work it doesn’t even sound all that raw to me, and a couple of these tracks ('Gypsy Friday', ‘Black Crow Blues’) are up there with his very best songs.

And if you don't already know Zandt's work then give it a listen. Seriously. I'm not an aficionado of country music, far from it. I will argue the claim for Dolly Parton's 'I Will Always Love You' as possibly the greatest love song ever written (and would've thrown Whitney Houston in jail for her crimes against it). I crack out the occasional Johnny Cash record. I will happily not skip John Denver’s 'Country Roads' when my iPhone shuffles it my way. But aside from that and some light dabbling with Gram Parsons and Ryan Adams, country music is not really my thing. But Townes Van Zandt is different. You don't need to own a tractor in the Midwest, or have bought into Americana music/mythology, to like his stuff. It's perfectly accessible to anyone who is willing to give it a go. It doesn’t matter what musical poison you prefer.