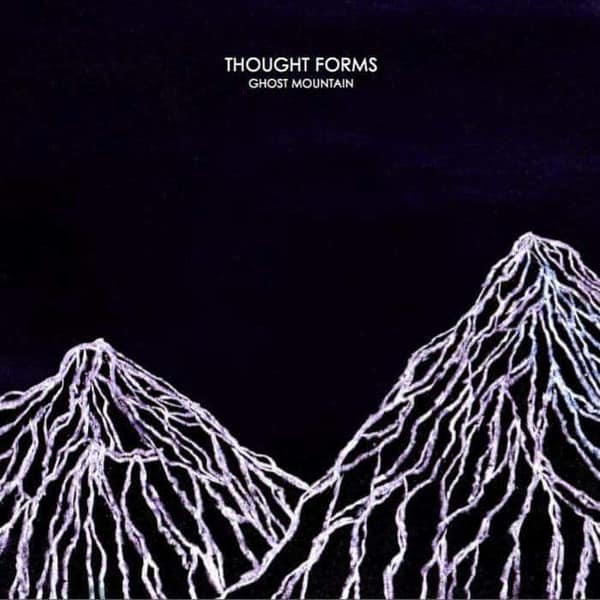 ‘Ghost Mountain’ is a superbly heady mix of full on doom rock drone and effects laden MBV style indie rock, on first listen I’m blown away by the ease of transition from one style to the other and after a while I feel like it just works perfectly, if you can imagine Sonic Youth colliding head on with Sunn O))) then you’re pretty spot on. Opener ‘Landing’ is brain-meltingly heavy with screaming vocals but then ‘Ghost Mountain You And Me’ is like the more ethereal side of of Unwound circa ‘Leaves Turn Inside you’. ‘Burn Me Clean’ is an epic 12 minute desert song that reminds me of the legendary (and sadly underrated!) God Machine, all droning guitar noise and ghostly wailing!

Recent single from this album ‘Only Hollow’ is slotted in perfectly with a nod to old punk girl bands like Dischord Records’ Slant 6 or Autoclave, there’s a rest from all the brutal noise in ‘Afon’ which is a slowcore masterpiece in a Low/Codeine kind of vein, this album is a real treat from start to finish and by my third listen I’m enjoying it even more, it can go from everything to nothing in the blink of an eye, closing track ‘O’ is another epic beast of droning bass and cathedral like guitar noise, Thought Forms have created an absolute mammoth record and I hope they go on to produce many more like this!

A few years ago 'post-rock' was getting right on my tits. After the first two mighty Mogwai LPs, there seemed to be a never-ending stream of half-baked nonsense (yes, that includes you Sigur 'BBC nature docs' Ros!), & blokes with bald heads & beards noodling away whilst we all nodded off, only to be woken up by the REALLY LOUD bit, & then then quiet bit which sent us all back to sleep again. Faceless, pointless arse most of it!

The debut Thought Forms LP from a few years back avoided this due to a couple of killer tracks & a whole heap of promise clearly evident upon closer listening. It was the sound of a band clearly finding their feet.

This time out their range of styles on display are much broader, starting with doomy opener 'Landing', which drags itself out of bed still half-cut & crawls along before imploding in a hail of noise & fading out. As good an LP opener for a mighty long time. 'Ghost Mountain You And Me' is the calm after the storm, all sunlight & sighs, 'Sans Soleil' drags up the ghosts of 90s shoegaze before 'Bury Me Clean' takes 13 minutes to bring side one to a close, with a Bardo Pond-like of epic proportions, appearing constantly on edge, threatening to lose it at any moment. You might need a sit down & a cuppa before starting side two.

Which totally throws things wide open with a classic indie-pop style hit 'Only Hollow' bringing back long lost memories of Saturday mornings watching 'The Chart Show' in the hope of seeing an indie video you could tell your mates about at school on Monday morning. 'Afon' follows & wouldn't be out of place as an opening track on an ambient doom/black metal LP, before 'Song For Junko' plays things pretty straight, with a Sonic Youth flavour throughout, & the band's drone like class shines through on closer 'O'.

In short, a superb journey influenced by all of the best bits of the alt music scene over the past 25 years.

I know it's been out a while but its taken me months to work out what to say. Stunning! Buy it.