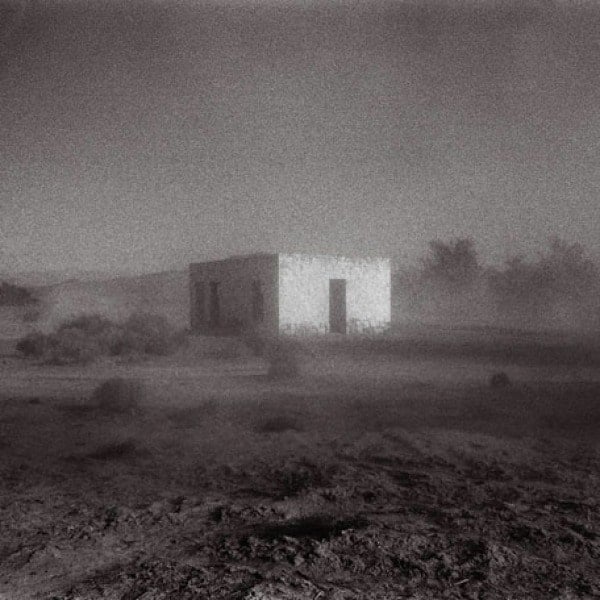 ALLELUJAH! DON'T BEND! ASCEND! was the typically punctuation obsessed fourth album from Canadian post-rock collective Godspeed You! Black Emperor. It was their first album in ten years and marked a surprise comeback for a band many listers had assumed were consigned to post-rock history. It was certainly worth the decade long wait winning the Polaris prize and showing that their ability to score truly affecting music remained intact.

It was a genuine surprise to all of us earlier this week when the mighty Godspeed You! Black Emperor announced the near-instantaneous release of this new album after a full decade’s studio silence, and I’ve emotionally blackmailed Phil into letting me take home the finished vinyl promo copy that arrived this morning to write this review. I was more than a little trepidatious about hearing it though, since a lot can happen in ten years, and the musical landscape was a very different one last time we heard from these notoriously cryptic Canadian contrarians. Besides, their legacy of bands who simply wouldn’t have existed without them - Arcade Fire, Explosions In The Sky et al - has somewhat diluted the uniqueness of their format in the years that have passed since then, as will happen with game-changing bands like this bunch.

This album contains four brand new tracks over the course of an LP and a 7”, with two massive tracks and two shorter ones obviously. The two longer ones are pieces which they had been working on prior to their hiatus in 2003 and have since honed into the soaring epics contained on this here wax, the other two are somewhat palate-cleansing drone pieces which are meant to follow each respective long piece, which is easy on the CD but when you’re listening to the vinyl it does mean an annoyingly fiddly A1/B1/A2/B2 sequence so you’re always changing records. I don’t think the band will mind if you just listen to them one disc at a time, but for the good of this review I shall listen to them in the recommended order. Away we go...

It opens with an echoed, evocative speech sample before a slow, gentle drone sets the scene for opener ‘Mladic’, with teasing little guitar chirps clustered like raindrops and subtle eastern string flourishes which builds into a tumultuous pounding pedal note cacophony over which a buzzsaw guitar growls out the opening melodic hook, with overheating amp screeches bleeding through the fuzz, and then the drums switch from an insistent one-beat to a heavy four groove and everything kicks right off, plunging into a passage of epic, sweeping, proggy post-rock with a dizzying momentum and density of sound that is emblematic of this band. All the sonic signatures are present and correct, and the galloping intensity of the arrangements is face-melting, sometimes resembling a Chatham-esque swirling mass of sound.

Then we’ve got the first drone, ‘Their Helicopters Sing’, which opens with soft amp hum, feedback, the gentle scrape of feather-light string-bowing, which slowly swells in intensity and is joined by a stuttering, wavering two-note guitar pattern as swelling chords begin to fill in any gaps in the low and mid end and the feedback slowly crescendos to an almighty screech before it cuts down to just soft, grainy, throbbing organ chords to close.

Which brings us to the second lengthy piece, ‘We Drift Like Worried Fire’, which begins with soft string drones over which a repeated pizzicato refrain is quickly joined by a sweeping drone melody only for it all to cut out and the same refrain to be taken up by a gainy electric guitar with the strings tottering obediently behind it while a casual drum bounce comes in, subtly gaining momentum as a busy three-note melody and then the trademark GY!BE shimmering distorted guitar tremolo-melodies (tremolodies?) join the fray and we’re bundling into cinematic strings on a bed of boiling fuzz-drone triumphantly ringing out the first climax of several before that three-note melody on a solitary piercing guitar is punctured by intermittent bursts of searing reverbed guitar, which then settles into a tremolo drone playing a cyclic three-note progression over a two-note bassline which cuts out to a guitar which sounds uncannily like bowed violin atop a layered and disorientatingly moody dronescape, before two more build-ups, the first redemptive and spy-movie-esque, the second a little moodier, and then we’re done.

After all that bluster, closer ‘Strung Like Lights At Thee Printemps Erable’ is a gentle, fairly even drone with decaying feedback and patient organ chords which mostly acts as an opportunity to reflect on what you’ve just experienced - the latest step forward for a band who are still yet to disappoint. Monumental.