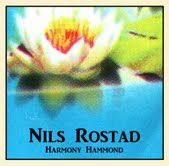 Harmony Hammond by Nils Rostad was available on Vinyl LP but is now sold out on all formats, sorry.

Take a look at what else we have in by Nils Rostad, check out some related artists, head over to our new releases or knock yourself out reading our latest music news & album reviews.

Limited LP édn of 102 copies on Tallerk Platter includes bits of tracing paper and that. 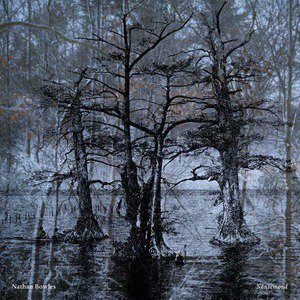 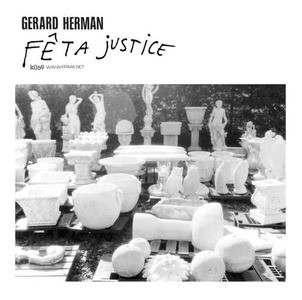 Fuck me this guy is a mad-ass skronk-folk shredder isn’t he? This wonky monkey of an album is mad limited, comes in a rather eccentric sleeve with charming crackers inserts and will delight anyone who likes the sound of demented acoustic/electric guitar-bending/wild jamming with absolutely no semblance of concern for anyone’s sanity or stomach. This opening epic derange-a-thon has even got a burst of some twatted sounding old analogue synthesizers thrown on to the end of it which just adds to the feeling that you’ve landed on an old fishing boat rocking with a load of old grinning, toothless musical pirates on acid. The finest piece of stubborn, gleeful free-psych I’ve set ears on for ages.

About halfway through the first side a beautiful folky number with fey dreamy vocals starts which descends into Red Krayola/Syd Barrett style avant-minimalism with no warning. This LP is a free-form wonder that is almost impossible to categorise. The sound of a wild-eyed Norwegian having super fun with his six stringed friends and somehow creating an off-kilter masterpiece. It is psychedelic folk gone so wrong it has actually stumbled drunkenly around the block and become the new sound that everyone was trying desperately to create.

The final two pieces on side one are proper experimental trip-out experiments, the first being a wondrous tentative stoned folk jam that features a lot of astonishing sounding cosmic synthesizer wooshing, the final song being an uber-weird stunted thing that features odd vocal ad-libs, scratchy bass mauling, avant-guitar strums and more of that gorgeous vintage synth played by someone who probably hates most of the popular retro-style gubbins we have in spades these days...

Over the flip we get something akin to broken astral lounge jazz played by totally bummed-out psychos, this vibe is so smoky they possibly can’t even see their instruments, the music somehow keeps a reasonable pace but is forever in danger of collapsing into incoherence but never does. It is absolutely fantastic, the drummer really doesn’t sound like he remotely gives a shit, the sleepy jazz-esque guitar wibbles on spilling endless free-form licks like it’s having a friendly chat to someone and the bass sounds as if a five year old has been invited in for a bong session then handed said axe to fondle. This all sounds utterly terrible but really, believe me, it comes over as anything but! It’s completely trippy as anything too and possesses this slight air of malevolence completed by this wiry, sinister monged-out sound hovering just below the melee. That’s not even how the track concludes, I'll leave you to turn up the resulting thrumming drone proper freakin’ loud.

The album eventually, sadly ends with another rattly free-jam of almost damaged proportions, a real genuine stoned hippy beauty which once again initially harks back to the early days of Mayo Thompson and co! A fascinating joy from start to finish, I was expecting to review this sodding album in a paragraph, instead it’s taken me 55 minutes mostly spent with my jaw on the floor.