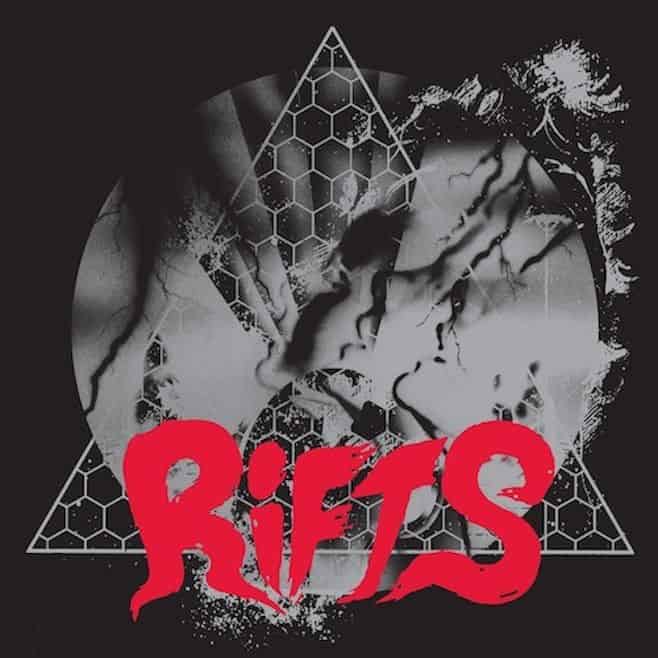 2CD set on No Fun Productions.

Oneohtrix Point Never, the one man analogue synth machine that is Daniel Lopatin certainly knows a thing or two about synth prog minimalism. 'Rifts' collects Lopatin's recorded output to date which includes 'Betrayed in the Octagon', 'Zones Without People' and 'Russian Mind' (all released in limited quantities of wax-o-vinyl) as well as a collection of rare and out of print bits and bobs from tape and CD-R releases. This guy's a super genius when it comes to the manipulation of analogue synthesisers but the new age progressive fashion in which his music is presented can be a bit much over 27 tracks..... but what am I saying? I love that new age progressive Tangerine Dream style shit so fuck it!! Roll me up a chong-o-long and lets get spaced yo! Totally immersive synth ambience at it's finest.

...and here's our original reviews...

Oneohtrix Point Never took us by surprise the other day. I stuck it on thinking it sounded pretty intriguing from the label's description (often a dangerous thing to trust as I'm sure you all know) and it blew us all right away, sugars. Opening up with a long, droney hum that sounds as if it might be emanating from some far-flung radioactive beacon, the sole ray of light in the devastated wasteland of a post-nuclear winter world, it eventually opens up into a retro synth orgy that never borders on cheese and keeps its stark Cold War feel even when utilising the warmest of sounds.

That's not to say that this is an inhuman-sounding record, in fact it's really far from it.. This wax slab comes jam-packed with genuine emotion and humanity, striking a balance similar to that of the krautsynth pioneers of the ‘70s but with nary a hint of 'new age' to be found. Plus it makes you feel like you're a scientist in a Soviet bunker twiddling knobs on a bank of computers the size of a house which can never be a bad thing.

Certainly up there with the best LPs I've heard so far this year (although the original cassette release was back in 2007), ‘Betrayed in the Octagon’ isn't a typical No Fun release but it comes in their trademark minimalist cardboard packaging that somehow seems to come off ultra cheap and deluxe at the same time. How do they manage that?

What on earth is an analog polysynth? Ah! That's what Oneohtrix Point Never's Daniel Lopatin employs to constuct his brooding astral landscapes and isolationist new-age pieces. That thing makes a really fabulous unique sound, kind of like an android choral singing but it can switch between what Brett terms "water garden" music to some of the most emotive, woozy, juddering machine sounds and chattering proto techno you could wish to hear.
Proper cosmic cyber shit is explored on side two of 'Zones Without People', like the audio equivalent of a light saber scrap, myriad wonky electroid burbles attack like a wibbly earth invaders soundtrack from another dimension. Then icy ambient kraut moods are explored, like the travelogue of an arctic explorer re-imagined in sound. Our Anthony will go nuts for some of the thrilling future retro sounds on here, I'm confident!

The year is 2019, Los Angeles. Corporations rule the world, and genetically engineered robots walk the streets, almost identical to humans. Our hero, who is probably human, steps into his flying police-car and fires up his mini-disc player. A single decaying tone emerges, slowly warping & shifting, woe is the transgression. Over the next 180 minutes or so, Rifts' synths soundtrack his journey over this dystopian city, over Terminator Lake, behind the bank, through zones without people, over the infamous 'Lovergirls' Precinct, and into the hyperdawn. "That’s the trouble with being born" he mumbles, recalling Emil Cioran, "its just grief and repetition". He's disconnecting entirely now, his memory vague. There is a physical memory to this journey. He passes close-by another hovercar, laser to laser - like ships in the night, ships without meaning. His 'Computer Vision' keeps him awake (his eyeballs feel the time being decanted), by repeatedly making vocal melancholy descriptions of the simple 3D environments below. To his Russian mind, these couldn't be further from the KGB nights of old, those pacts between strangers. Those days are gone, he was betrayed in the Octagon. "Still, there is a certain immanence to this city..."