A collective cheer went round the office when we heard that Tokuma were reissuing Joe Hisaishi's soundtracks for Studio Ghibli on vinyl for the first time...

Studio Ghibli is one of cinema’s most acclaimed film publishers. An absolute treasure for anyone immersed in fantasy, adventure and animation, the Japanese studio began shortly after the release of Nausicaä of the Valley of the Wind, a film by the already renowned Hayao Miyazaki. Their legacy is felt worldwide, their productions telling singular stories invoking surrealism and environmentalism, peril alongside friendship, phenomenon with pastorality. Few studios can claim to have made a fan favourite with every single film in their catalogue. Studio Ghibli can.

Japanese imprint Tokuma present nine Anime soundtracks by Joe Hisaishi from the beloved Studio Ghibli universe. Reissued on vinyl for the first time. Get them here »

Ghibli is known for its scope. They have released beguiling works such as Spirited Away and Howl’s Moving Castle -- films that not only showcase Miyazaki’s art craft, but deliver on his impossibly deep imagination -- alongside earthy political meditations such as Grave of the Fireflies, an emotionally devastating masterpiece directed by studio co-founder Isao Takahata. The immaculate and meticulous craft that marks each film pops off of the screen, expanded upon in the illuminating documentary The Kingdom of Dreams and Madness.

Their output remains pristine to this day. In 2013, the studio once again showed off its divergent creative pursuits, releasing both The Wind Rises -- a serious, historic document that reinvented how we engage with anime -- and The Tale of the Princess Kaguya, another Takahata production that signalled a total aesthetic departure for the studio into scratchy drawings and fable-like histrionics. Despite Miyazaki’s constant attempts to retire, they seem set to continue releasing masterpieces for as long as they can.

Because we have some LPs to sell, we thought we’d run down some thoughts and feelings about three early Ghibli masterpieces, from back in the day when the magic was just starting to spark.

P.S. Please email phil@normanrecords.com, and tell him what your favourite Ghibli movie is. Not for any reason -- just because these films are pretty much the only thing that gives him joy nowadays.

Castle In The Sky

Studio Ghibli’s 1986 film is also its debut, the first film officially published under the film house that was sparked by Hayao Miyazaki’s early masterpiece Nausicaä of the Valley of the Wind. A kind-of-but-not-really-at-all classic tale, Castle in the Sky involves a girl being held captive by a government agent before she is broken out by a band of thieves on the look-out for a precious amulet. Simple enough, except things diverge into a surreal astral journey to a floating city.

Action adventure got seriously beautiful with Castle In The Sky. Between its moss-covered robots, ornate looking technology and vast cityscapes of endless train-tracks, the movie’s thrilling encounters are marked by animation that will quite effortlessly bowl you over. Perhaps its beauty was a long time coming: Miyazaki had been workshopping ideas around Castle In The Sky for a while, incorporating old thematic concepts into this new work. Just as he would go on to quote the Norfolk landscape in a Japanese setting in recent film When Marnie Was There, Miyazaki used Welsh mining towns as an inspiration for the sprawls of Castle In The Sky, speaking to his keen eye for lands around the world and the lives that fill them.

It’s an early classic in the Ghibli canon, Castle in the Sky. It feels weird even describing its bits now, given its myriad inspirations from British history and steampunk -- and given the twists and turns the movie takes, including its sentimental epicentre, the relationship between protagonists Pazu and Sheeta. Castle in the Sky is brilliant hodgepodge of genre gold, wrapped up in the serene Ghibli package.

Joe Hisaishi’s soundtrack for Castle in the Sky is one of many devised for the film; it was so particular, so specific to key moments, that it left much of the film existing in silence. Non-Japanese publishers wanted him to write more: more melodies, more arrangements, anything that would fill the film with the same gravitas he’d given to special moments in it.

In the original version, Hisaishi’s pure vision comes shining through. Much like the film itself, it is a rush of emotions, rendered darkly comic, unabashedly sentimental and everything in between. Once again Hisaishi utilises orchestral arrangements that he seemed to be perfecting despite his electronic background, which were used on the international versions of the soundtrack -- soloists fill the film up on gorgeous woodwinds, treading the same vulnerable path as Hisaishi’s synth playing.

For many, it’ll be a matter of taste -- some prefer Castle In the Sky’s poignant juxtaposition of long silences and dramatic musical pronunciations, marked by minimalism, while others seek the bigger, instrumentally expanded soundtrack that fully accompanies the action sprawling through the film.

Joe Hisaishi - Hikouseki No Nazo - Castle In The Sky: Soundtrack 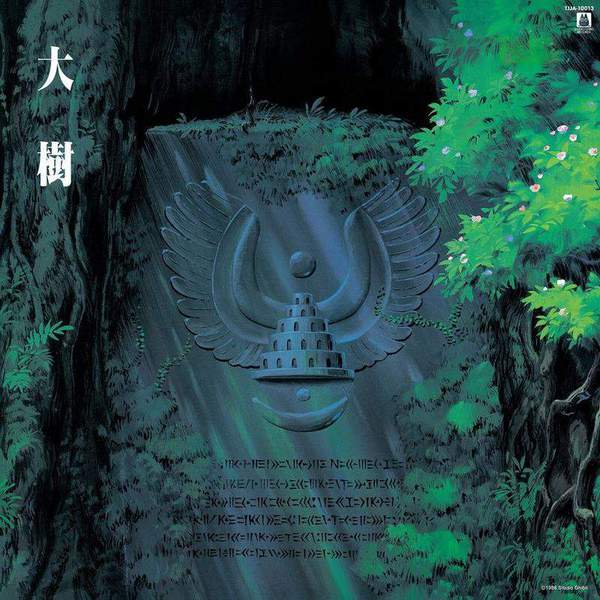 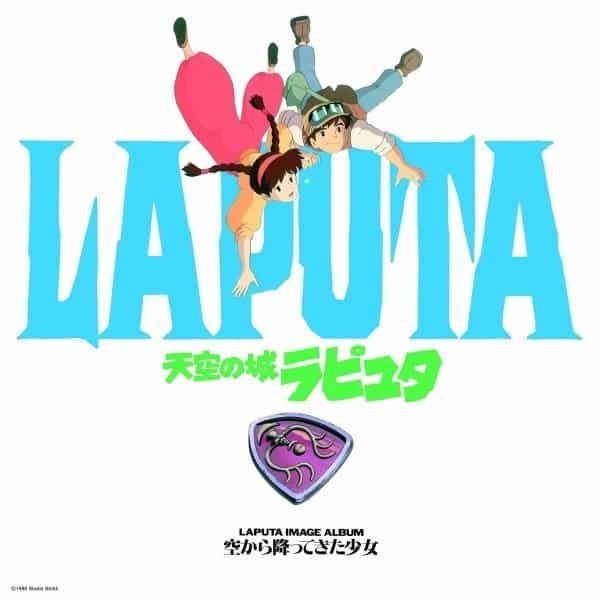 It’s easy to term pretty much every Ghibli movie a fan favourite, but My Neighbour Totoro comes to mind as the studio’s most beloved creation.

A simple, balmy film about Tatsuo living out in a rural corner of ‘50s Japan with his two daughters, the movie’s central peril is presented the way a kid might experience it: at a distance, beyond comprehension. Tatsuo’s wife, and his children’s mother, is recovering from an illness in hospital, and as they wait, the children begin to encounter the film’s eponymous character, a large spirit animal called Totoro.

Released early in the studio’s life, after Miyazaki’s opuses Nausicaä of the Valley of the Wind and Castle In The Sky, the film is an integral moment in the career of artist Kazuo Oga, whose work gave Ghibli one of their most serene and pastoral entrants. That’s a big statement for a house that’s since given us films like The Wind Rises, but its portrayal of the country is a stunning feat, and its success in marrying it to fantastical, phenomenal world is even more startling. Totoro makes its surreal moments feel like part of the rural realism, as best seen in that famous bus stop scene. You know the one. No? Google it, please.

Still spawning theories and interpretations -- people have long speculated that the daughters central to the film were dead all along, reading Totoro as a God of death -- My Neighbour Totoro exemplifies the signature ambiguity and simplicity of Ghibli, inviting speculation on its quiet moments.

Crafted by Ghibli affiliate and resident composer Joe Hisaishi, the My Neighbour Totoro soundtrack is a thing of warmth, its bright, sparkling melodies distilling the film’s focus on families, whether real or situational, human or phantom. It was Hisaishi’s third score for a Miyazaki film, and perhaps his most wide and expansive sounding, utilising synthesizer sounds and anthemic melodies that soared through the scenery. Both solitary and orchestral, it is perhaps the best example of everything Hisashi does with his arrangements. 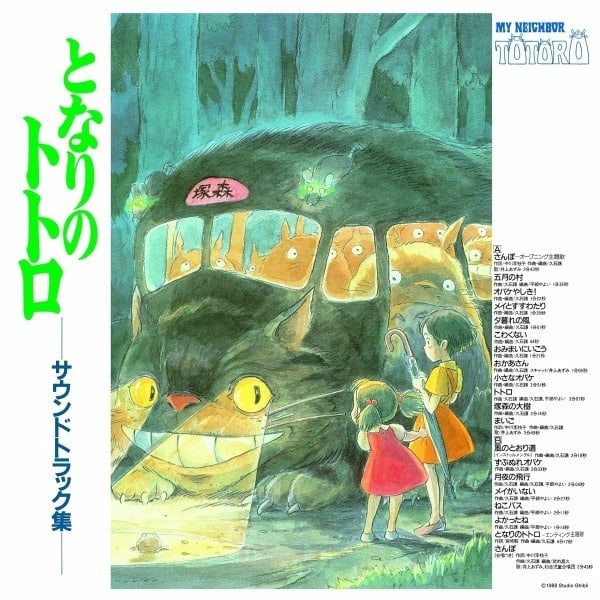 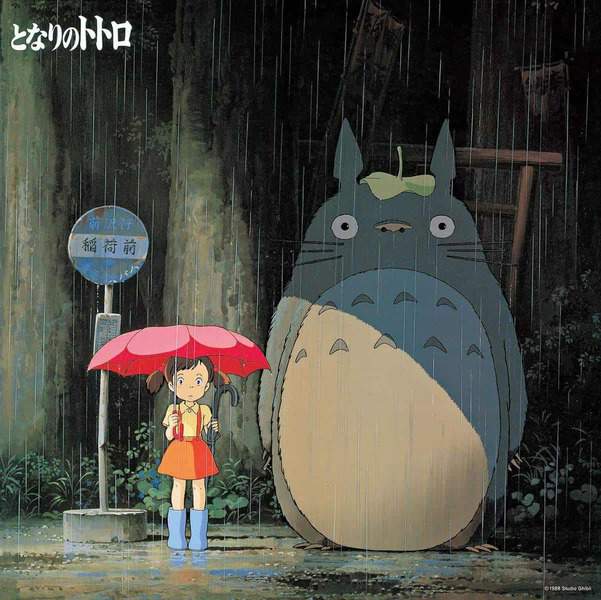 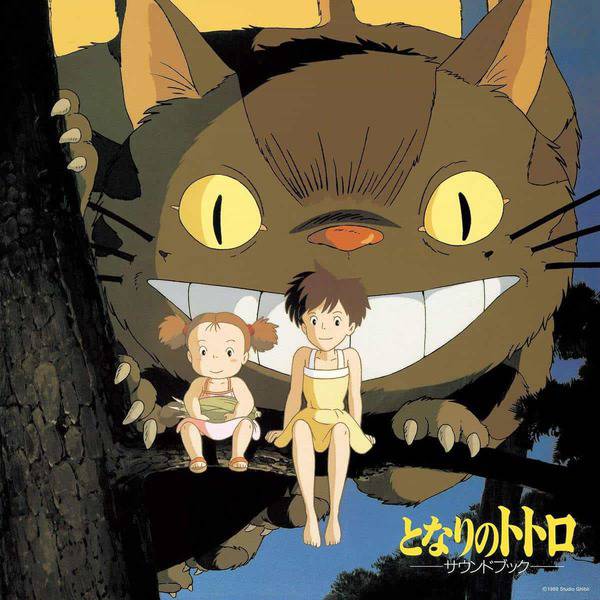 Nausicaä of the Valley of the Wind

The film that arguably launched Studio Ghibli’s existence, Nausicaä of the Valley of the Wind was actually a production by Topcraft and Toei Company. It belongs informally to Ghibli in collections and canonisations, largely because it set the tone for future Miyazaki works that would come from the studio, launched shortly after. Based on a comic with an immense adventure story and stern environmentalist parables, crafted by Miyazaki himself, the film tells the story of a princess fighting to preserve a land and its ecosystem, ravaged by warfare tech.

With its huge insect animals and scoped out dust environments, Nausicaä became an immediate eye-catcher, juxtaposing lovely serene imagery with the ominous threat of government authorised violence. Inspired by fantasy sagas such as Earthsea by Ursula Le Guin (a series that would later be unsuccessfully converted to the big screen by Ghibli), Miyazaki’s film was perhaps the first snapshot of his vociferous anti-war stance. Combined with a deep respect and reverence for the environment and its morally committed protagonist, Nausicaä set the thematic trend for Ghibli films to come.

It’s such an immediate classic in the Ghibli canon that it’s hard to fathom that it was made before the studio even founded. Its legacy extends beyond its runtime, though: future films, such as the brilliant Princess Mononoke, feel intrinsically related to it, speaking the same language with the same landscape.

It was producer Isao Takahata who initially approached Joe Hisaishi to craft the soundtrack for Nausicaä, off a recommendation of his album 'Information', released in 1982. It would be the start of a foundational working relationship for the studio, as Hisaishi would go on to work on a great host of Miyazaki’s works, developing a keen, almost telepathic understanding of the artist’s themes and feelings.

Versed in making electronic music and working on synths, Haisashi brought a bright, pronounced sound to their work -- the Nausicaä soundtrack contains thematic masterpieces that engage with the sweeping images and rolling plains defining it. Bridging the gap between Haisashi’s electronic stylings and a bold, orchestral style, it contains tunes that speak to his penchant for crafting lullaby, alongside tunes that prove his expertise at creating pulsing, rhythmic adventure music. 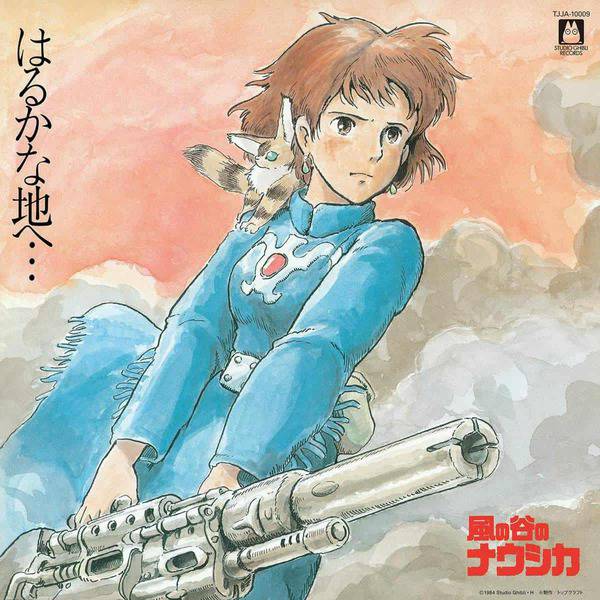 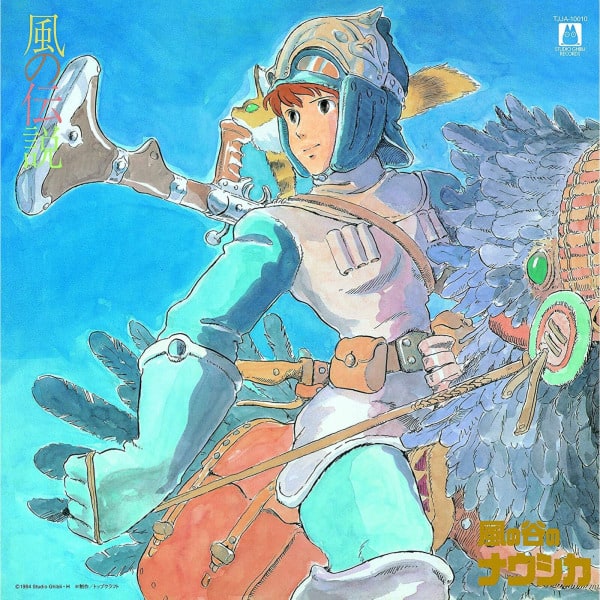 Joe Hisaishi - Kaze No Densetsu - Nausicaä Of The Valley Of Wind: Symphony Version 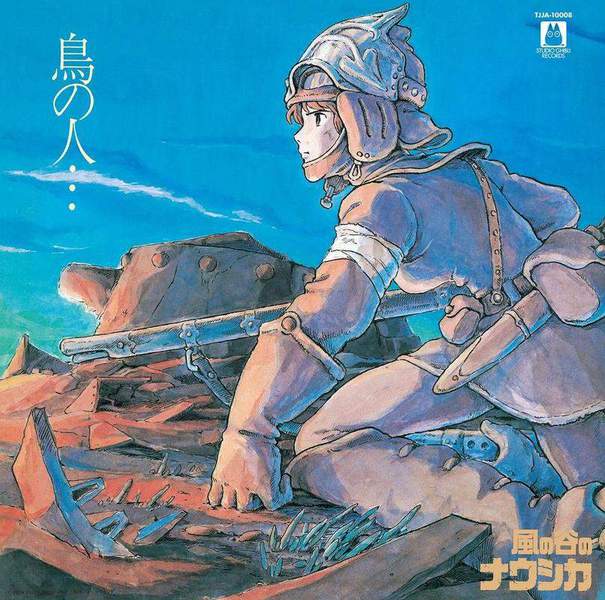 Joe Hisaishi - Tori No Hito - Nausicaä Of The Valley Of Wind: Image Album