A week ago, about the same time we posted the last New Music Friday update, was when it really dawned on this Norman Records™ pen-pusher.

As I cranked last week's NMF picks and wrote out their descriptions, I knew that things would not go back to how they were before for some time, possibly forever. This - the distancing, the lockdowns, the quarantines - was the New Normal. What a truly, madly, deeply strange time to be alive.

I miss going to gigs. I miss raving too. Hell, I even miss the morning after. Given that everyone else who works at Norman is also a ride-or-die music obsessive, I’m not the only member of staff who’s feeling this way right now. While there is such vital work being done elsewhere - massive respect to the healthcare staff and everyone else on the front line - not having those convivial experiences around which to base your week is still a grind.

Alone in my house, away from my partner, family and friends, my record collection offers me companionship. Sometimes the songs soothe me, bringing me solace. Sometimes they help me channel my frustration, and sometimes they just allow me to space out for a bit. One good thing that’s come from all of this; now that there’s so much time for rumination, these past couple of weeks have affirmed more than ever just how much I, and so many others, love music - need music.

This set of New Music Friday releases run a whole gauntlet of styles. Some of the records revel in experimentation and the pushing of boundaries - particularly cracking jazz-centric entries from Emma-Jean Thackray and Hailu Mergia, but also the overwhelming drones of Daniel Avery & Alessandro Cortini’s ‘Illusion Of Time’ and Sufjan Stevens & Lowell Brams’ new-age deviations on ‘Aporia’. A couple of these LPs play it simple, with Bon Iver’s stark songcraft finding a foil in the cathartic and brazen pub-punk of The Chats. John Frusciante’s ‘The Empyrean’ seems to have just flowed out of him while ‘Last And First Men’ is a years-long labour of love from both Yair Elazar Glotman and the late Jóhann Jóhannsson. No matter how they go about their business, all of these records have hit harder than they might otherwise have.

Settle down with this lot - after all, we’ve got time on our hands. 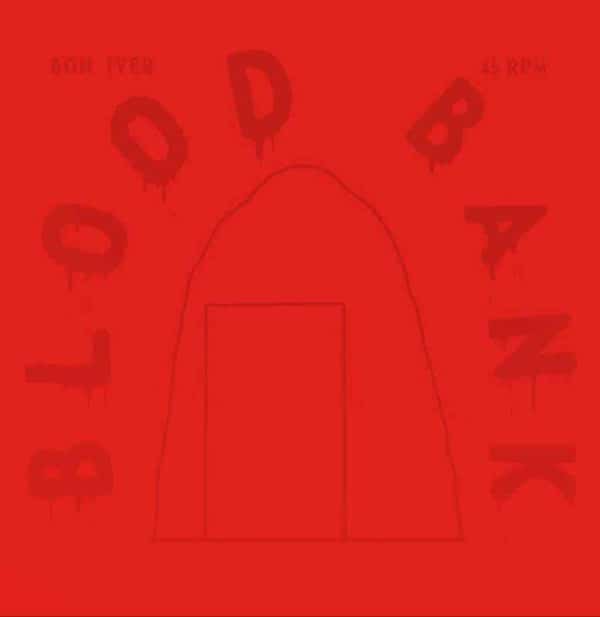 Some people call Bon Iver’s 2009 EP ‘Blood Bank’ a transitional record. I disagree - to me, it’s a definitive one. You see, ‘Blood Bank’ is the entire Bon Iver project in miniature. Justin Vernon has moved through so many phases in his career - acoustic troubadour, post-Springsteen soft-rocker, chamber-pop auteur adjacent to Sufjan Stevens, that ‘Kid A’-with-soul thing he’s been doing of late. Despite only being four tracks long, ‘Blood Bank’ manages to touch on all of those things and still hang together as a set of beautiful, wintry songs. The title-track and ‘Woods’ are among the best stuff Vernon’s ever done, something that is only emphasised by the live versions included on ‘Blood Bank’s tenth anniversary edition. 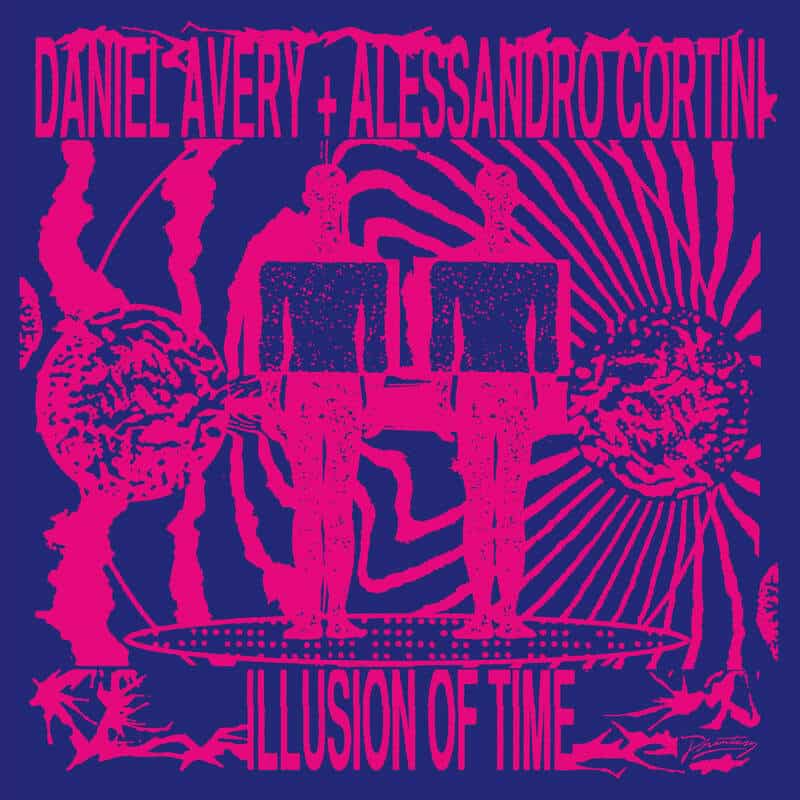 Life on lockdown certainly does have the illusion of time about it. Sun waxes and wanes out the window. Streets darken silently. The plastic bag that you brought your one (1) weekly food shop home in is transformed, with the addition of recorders, into an ersatz bagpipe … You have a ‘Wilson’ moment with the football in your garden ... Dessert foods become breakfast items …

… If you are starting to get a bit mixed up by it all then ‘Illusion Of Time’, the new collaborative LP from rave revivalist Daniel Avery and SONOIO/ex-Nine Inch Nails chap Alessandro Cortini, is a good way to hit the reset button. With its powerful, pulsating drones and thousand-yard shoegaze vistas, this is one to lose yourself in and emerge refreshed. 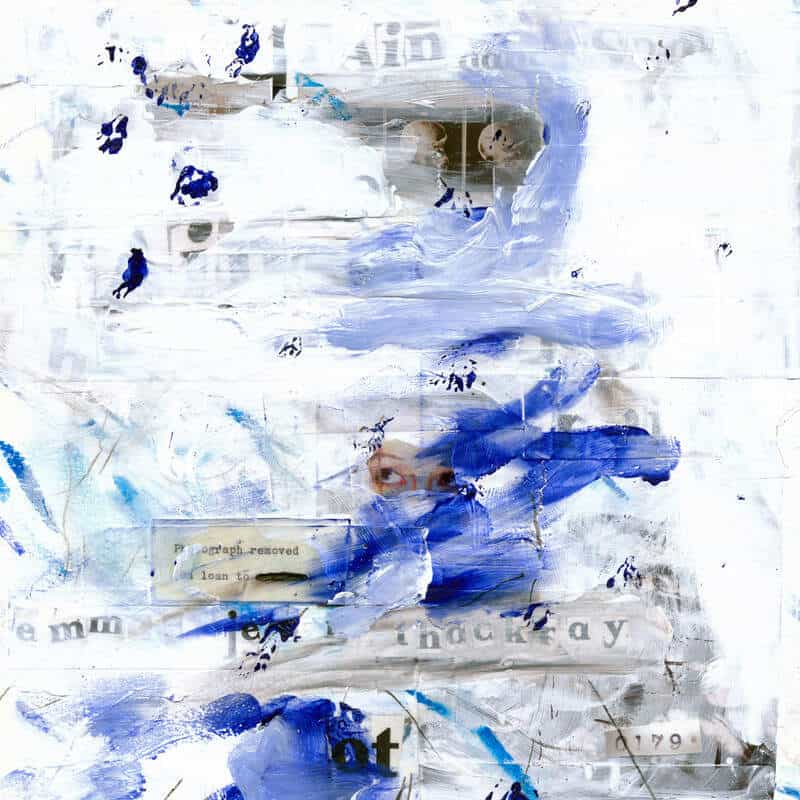 Emma-Jean Thackray’s got it all. The fast-rising London jazzer can play a multitude of instruments, produce, compose, sing, arrange and lead a band. She does all of those things on ‘Rain Dance’, the new EP that she is putting out via her fledgling Movementt imprint. All of that ability wouldn’t count for much if Thackray couldn’t make good music, but ‘Rain Dance’ is the latest demonstration that Thackray, well, can. Some moments touch on the perky neo-jazz tones of scene affiliates like Ezra Collective while others lean to neo-soul and, on ‘Movementt’, even something like the organic house style of Oliver Coates. 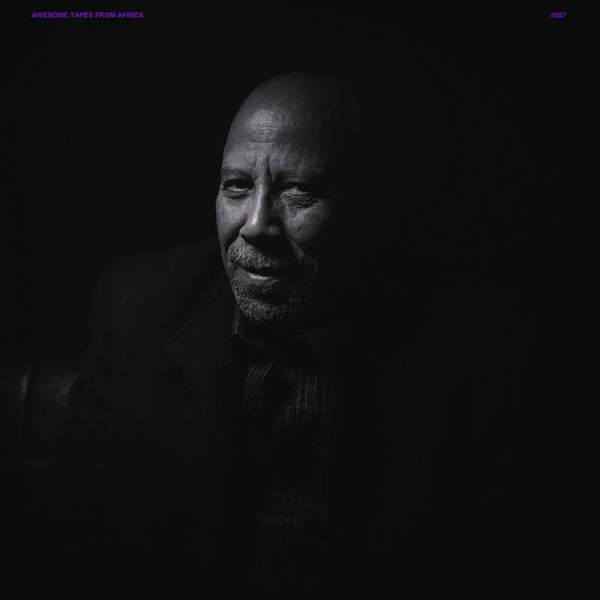 Hailu Mergia and Awesome Tapes From Africa have a symbiotic relationship - the early Mergia releases that ATFA boss Brian Shimkovitz unearthed while crate-digging in Ethiopia became some of the label’s flagship reissues while also sparking a resurgence of interest in the work of this accordion/keys player. ATFA released ‘Lala Belu’, Mergia’s first new LP for some time, in 2017, and now the record has been followed up by ‘Yene Mircha’. Mergia has lived in the United States for many years, and as such the jazz styles of his Ethiopian homeland have become increasingly suffused with the sounds of Coltrane, Davis et al. ‘Yene Mircha’ moves away from the one-man-band shtick of Mergia’s early records, his playing here backed by limber work from Alemseged Kebede (bass) and Ken Joseph (drums). 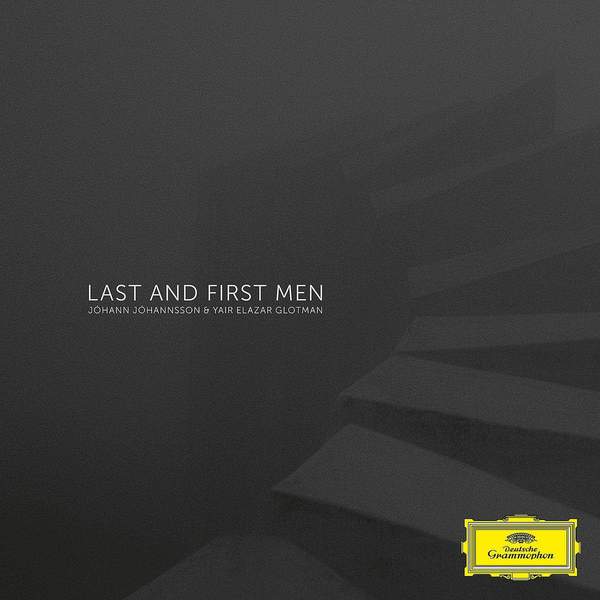 Before he passed away in 2018, Icelandic composer Jóhann Jóhannsson found fame by making music that was hugely cinematic whether it had been written for the screen or not. It turns out that Jóhannsson had designs upon the visual himself - ‘Last And First Men’, which Jóhannsson spent eight years working on, was his first attempt at creating a multi-form work that spanned film and music. Both the video and audio remained unfinished when Jóhannsson passed away in 2018, but the cinematographer Sturla Brandth Grøvlen and sound artist Yair Elazar Glotman were drafted in to finish off the respective elements. Sonically this is typically stirring stuff from Jóhannsson, veering between abstract, almost concrete-ish drones and great orchestral crushes. Colin Stetson, Hildur Guðnadóttir and Robert Aiki Aubrey Lowe are among the players. 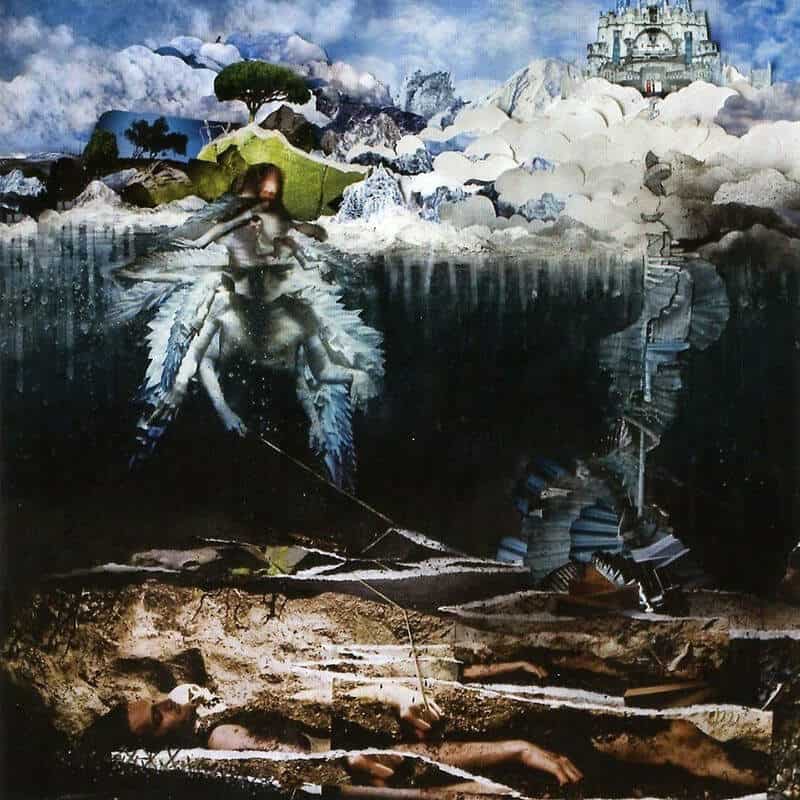 John Frusciante is an artist’s artist, a complex and sometimes troubled musician whose albums are blank canvases for whatever muse (or demon) may have locked onto him at a given moment. While 2009’s ‘The Empyrean’ is not as confrontational as some of Frusciante’s other LPs, this is certainly the sound of someone wrestling with themselves and trying to find meaning in their life through any means necessary. It also manages to nod to a hugely disparate array of other artists - The Mars Volta, ‘Abattoir Blues’-era Nick Cave, Jeff Buckley, Dirty Projectors, Funkadelic - yet still form a unified sonic whole. Johnny Marr and Flea feature (Fleature?). This birthday edition of ‘The Empyrean’ is remastered and comes with downloadable bonus tracks. 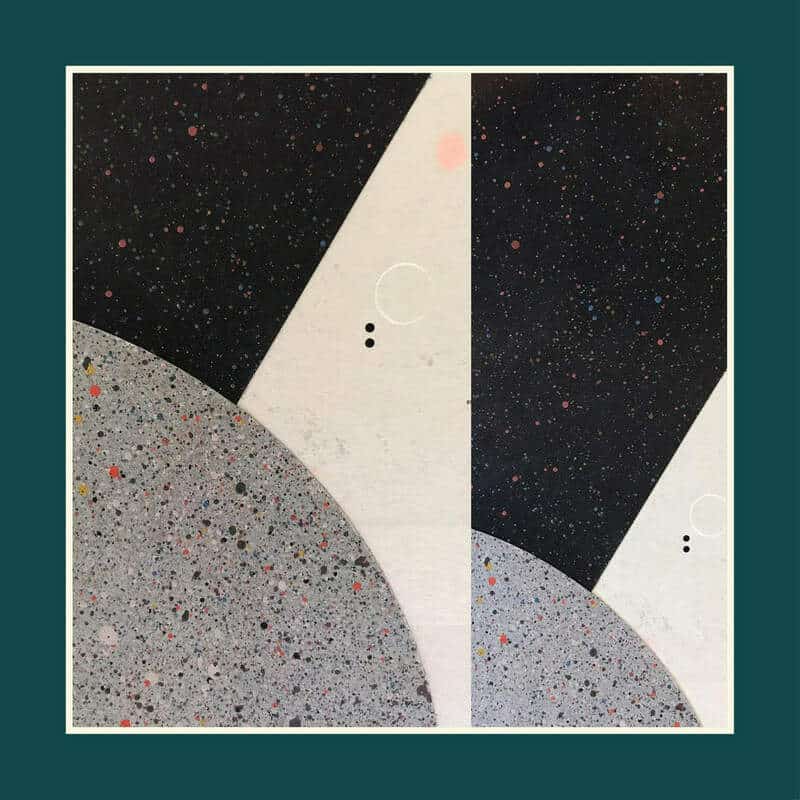 Malcolm Pardon and Peder Mannerfelt gather up the run of digital singles they’ve put out as Roll The Dice over the past couple of years on new EP ‘Assimilarity’. I suppose you would describe this music as industrial electronics given that these tracks feature a lot of abrasive synth tones and oppressive, ominous atmospheres. However, in true industrial fashion, the record also gobbles up other influences at will - jungle, EBM, shoegaze, dream-pop. Throw in an impressive array of guests which includes Glasser, El Perro Del Mar and Alessandro Cortini, plus a lovely print to correspond to each of the six tracks on ‘Assimilarity’, and you have yourself a strange and captivating set. 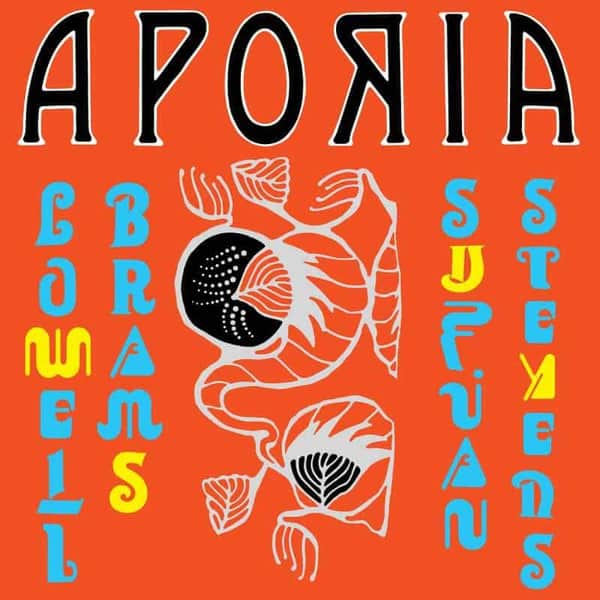 Yes, Lowell Brams is the same Lowell referenced in the title of Sufjan Stevens’ mournful masterpiece ‘Carrie And Lowell’. However, bar a sort of general tilt towards the sublime, the music of Stevens & Brams’ new collaborative LP ‘Aporia’ has little in common with that particular album. You see, where ‘Carrie And Lowell’ contained tender acoustic ruminations interspersed with baroque vistas, this set here is a proggy and pepped-up evolution of new-age music. A full gauntlet is run on ‘Aporia’, from clattering synth-and-drum pieces to whooshing anti-ambiences, which suggests that Stevens was either taking this thing very seriously or just having a bit of fun. Possibly both. 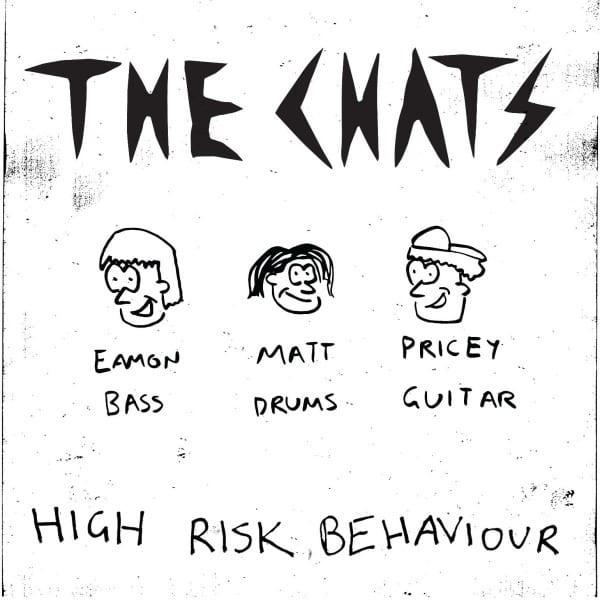 Like 'Speed Kills', the recent LP from Chubby & The Gang, The Chats’ ‘High Risk Behaviour’ is light relief for heavy times. Made by three lovable idiots from Australia who have some of the all-time worst haircuts, this is a record of nonsense-punk to get lairy to. Bass, drums, kicks and licks, that’s about all that The Chats have time for - that and getting bladdered, of course. Handle this stuff wrong and you end up doing a Towers Of London, but The Chats get by on their pisshead charm and ear for a hook. When this lockdown ends I’m going straight to the boozer, slamming ten pints and running ‘High Risk Behaviour’ as loudly as possible. 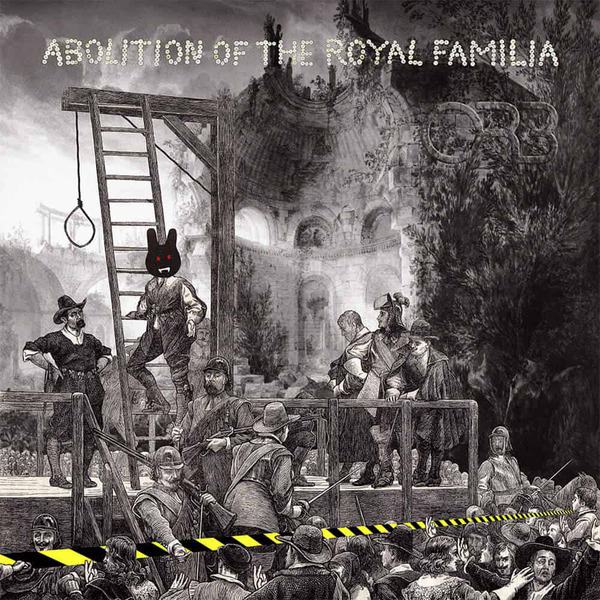 The Orb - Abolition of the Royal Familia

Did … did The Orb *know* that all of this was going to happen? Did they know that the coronavirus pandemic would bring quarantines and daily government pronouncements? Did the ambient-house pioneers plan months - possibly years - in advance to drop their new LP ‘Abolition of the Royal Familia’, which ends with a Jello Biafra-penned spoken-word passage ABOUT A GOVERNMENT-MANDATED LOCKDOWN, at the exact point when COVID-19 has brought the world to a standstill? I mean, yeah, musically this record is a typical late-period smörgåsbord from The Orb, yokeing together halcyon takes on house, jungle, dub and ambient music with the same charming zaniness that has characterised so much of their career. But that final track has just floored me. I can’t get over the timing of ‘Abolition of the Royal Familia’s release. It’s some sorcerous flex.