When you write a lot of these listicle-type things, you soon realise that good music is being made all the time, everywhere, at every second of the day.

Every month we find ourselves overwhelmed by excellent albums, sometimes to the extent where whittling it all down to just a handful of records makes us feel like we're selling you short. So, if you want more of what we’ve loved then look out for our upcoming ‘things you may have missed’ feature as a place to start.

However, for now we’ve somehow managed to land upon ten of July’s very best and brightest for this here list. From unclassifiable composition to timeless singer-songwriter fare, stormy post-punk to contemporary soul, get your ears around this lot. 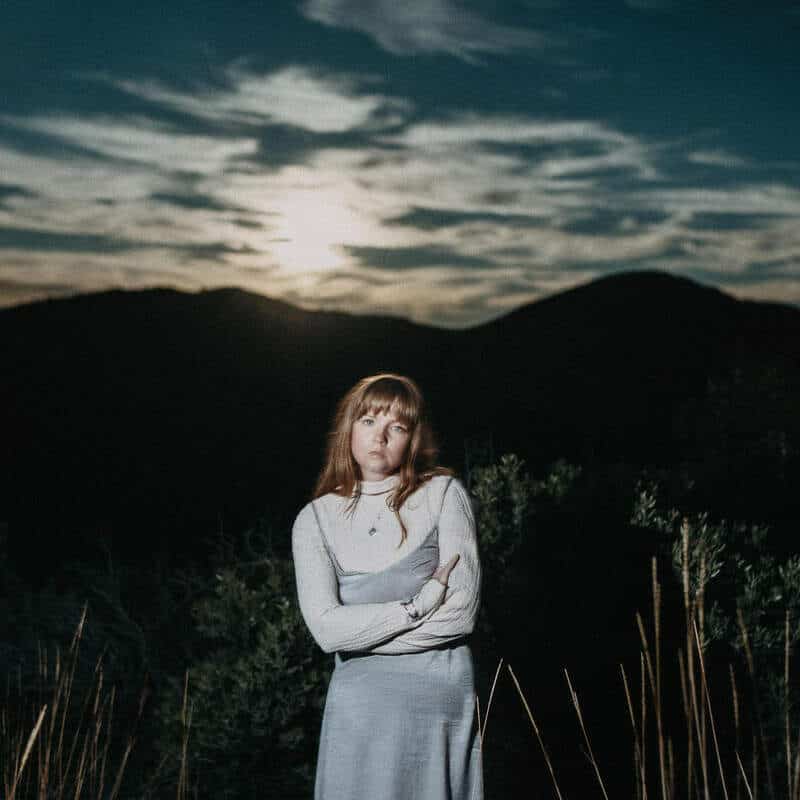 Nine years is a decent amount of time for anything, but it’s an especially long stretch for a relationship. On ‘Old Flowers’, the latest great LP in a career rapidly filling up with great LPs, Americana/modern country singer-songwriter Courtney Marie Andrews details the breakdown of a near-decade-long romance. Atop some of the boldest, stormiest instrumental backing in her discography, Andrews goes deep on why her love failed. Painful, essential listening. 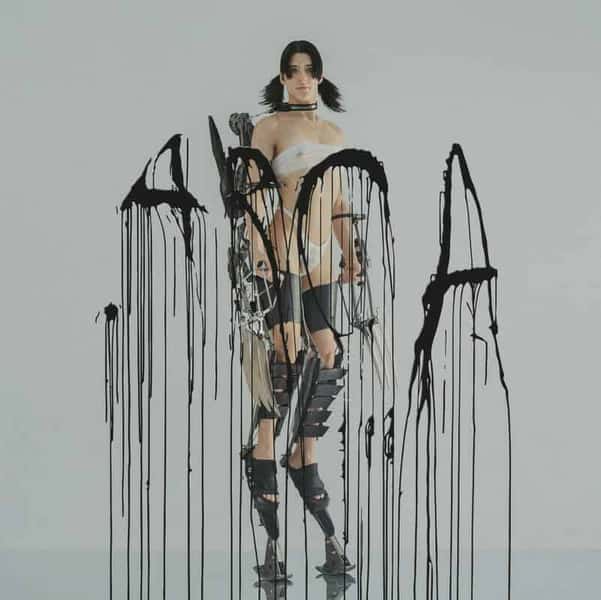 Arca has been on the scene for less time than the length of Courtney Marie Andrews’ relationship, but the Venezuelan artist has had a hand in a few seismic shifts in the pop-cultural landscape in that time. With her new LP ‘KiCk i’, she might just cause another one. There are still ghosts of the wracked club deconstructions that caught the ear on early LPs like ‘Xen’ in her sound, but Arca has become a bolder force here, leading confidently from the front where once she skulked in the shadows. The result is her most visceral and immediate collection to date, one in which she bends a variety of zeitgeisty electronic/club sounds to her will. 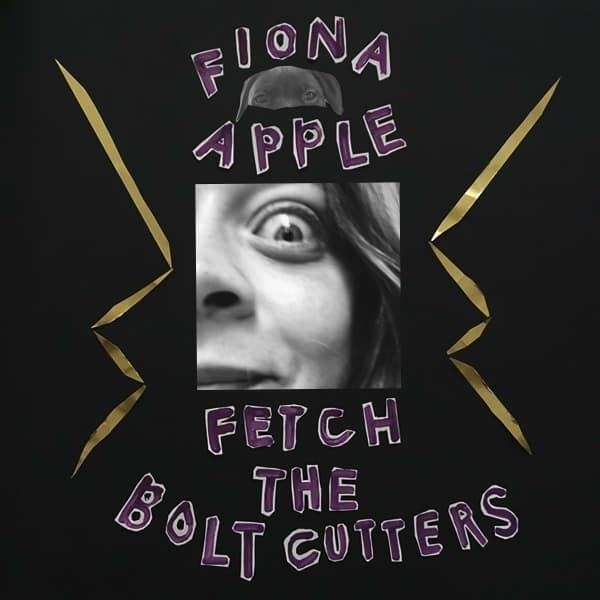 There is perhaps no more widely-discussed album in 2020 than Fiona Apple’s first LP since 2012’s ‘The Idler Wheel…’. The chat surrounding ‘Fetch The Bolt Cutters’ centres on a few main topics: Apple’s daring choice to base many of the songs around found-object ‘percussion orchestras’; the way she has made tracks that are at once deeply emotive and also strangely humorous; the frank discussions of assault, trauma and her struggles with Obsessive Compulsive Disorder that crop up in the lyrics. However those conversations unfold, they tend to end up at the same conclusion, namely that ‘Fetch The Bolt Cutters’ is a masterpiece. 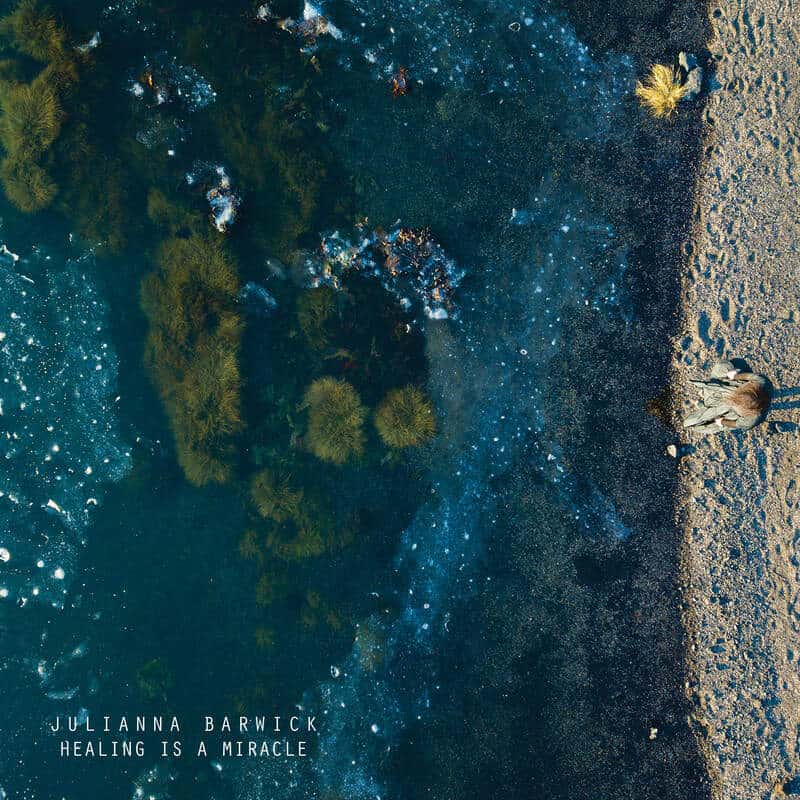 Julianna Barwick - Healing Is A Miracle

The award for the pure nicest album of the month goes to Julianna Barwick’s ‘Healing Is A Miracle’ - to be honest, it wasn’t even close. This is unapologetically gorgeous music, a brilliant culmination of an artistic journey that Barwick has been on for several years now. The record largely consists of warm beds of ambient sound constructed from electronics and layered vocals, with further lead-lines of song draped wistfully over the top. Comparisons to Grouper and Ian William Craig come easy. Glorious stuff. 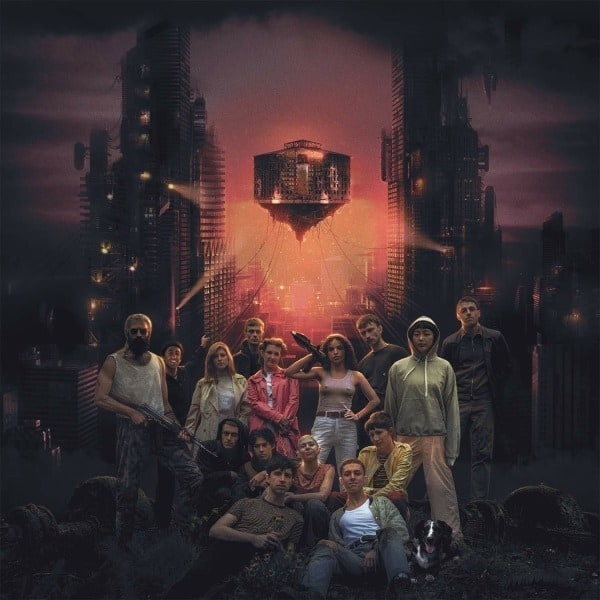 With ‘Pain Olympics’, Crack Cloud may well have delivered the top-tier album that their incendiary live shows have long-promised. The collective - Crack Cloud don’t seem to see themselves as a ‘band’ per se - came together in order to help each other get over various addiction struggles, and the scars of those experiences show in the album’s title and songs called things like ‘The Next Fix (A Safe Space)’. However, as traumatic as those past experiences might be, Crack Cloud manage to find strength in numbers on ‘Pain Olympics’, creating an album that sounds a bit like first-wave Arcade Fire having a go at covering Gang Of Four. 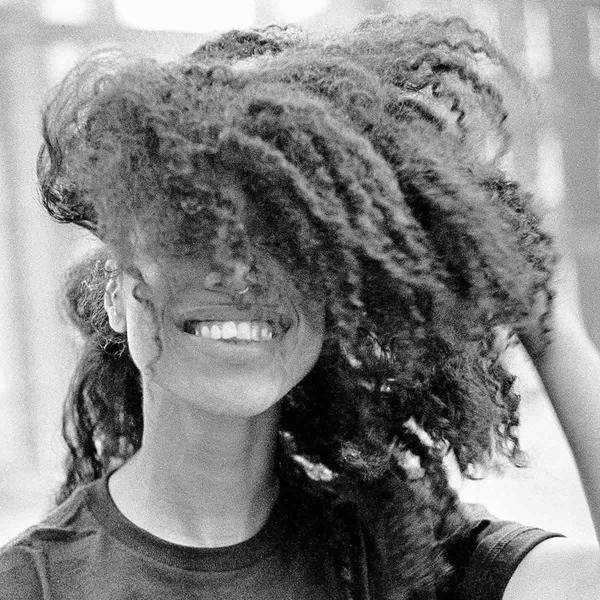 This eponymous LP from London singer-songwriter Lianne La Havas is unquestionably some of the best material of her career. Her songs unfurl beautifully here, with La Havas’ voice anchoring instrumentals that tumble languidly out the speakers. Prince was known to be a fan of La Havas, and there is certainly a dash of The Artist Formerly Known As to the rockier numbers here, but La Havas’ style is also rooted in Lauryn Hill-esque neo-soul, jazz-adjacent balladry and quiet-storm songcraft. 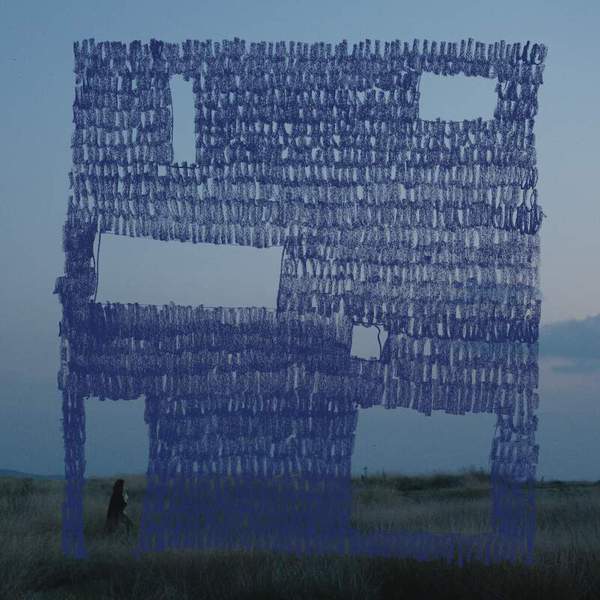 Judging by how many copies we sold of Hania Rani’s ‘Esja’ a while back, we’d wager that a lot of people were excited to see a new LP from the Polish pianist drop earlier this month. Those who enjoyed the pretty contemporary classical tinklings of its predecessor will not be disappointed by ‘Home’, but the album also broadens Rani’s sonic palette. She adds bass, drums, electronics and light-touch vocals to some of these tunes, the result of which is a sound that’s not a million miles away from Ólafur Arnalds. 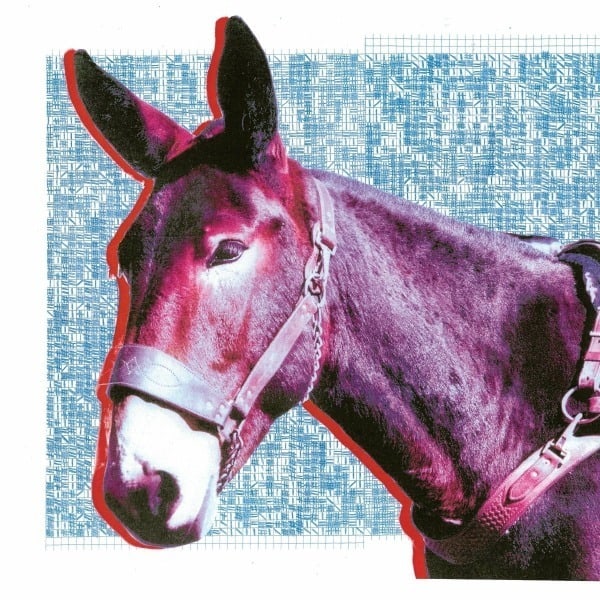 Charged and brooding, Protomartyr have long made post-punk that is the sonic equivalent of dark clouds gathering on the horizon. They do that again on ‘Ultimate Success Today’, but the Detroit band also push outwards into some adjacent zones - impressionistic, Lounge Lizards-esque squawking on ‘Tranquilizer’, something bittersweet and beatific on ‘Michigan Hammers’. Think a more clear-headed, and thus more embittered, version of Girl Band. ‘Ultimate Success Today’ is an album for our times. 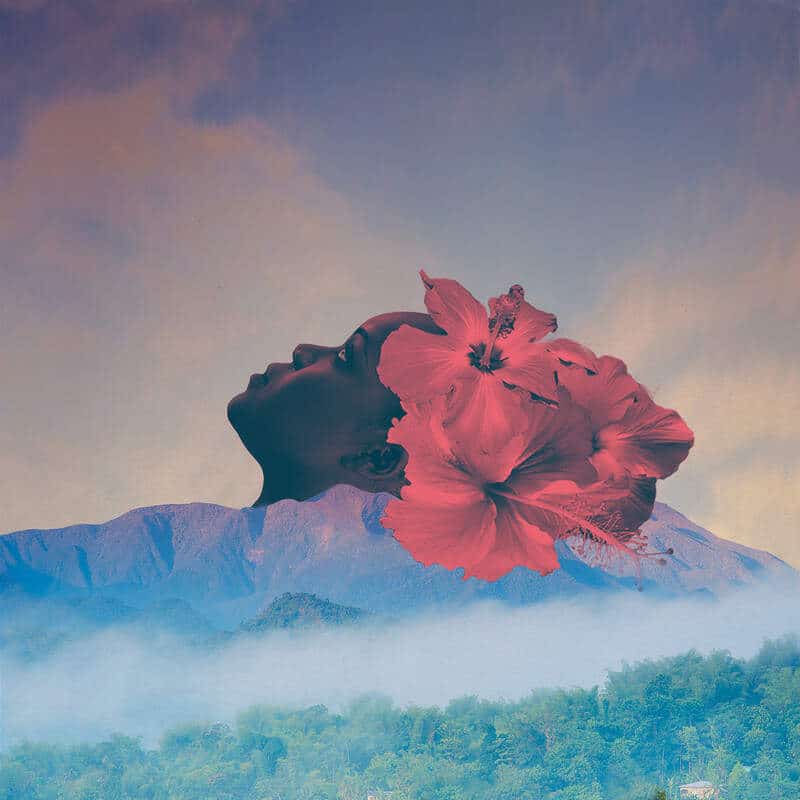 On ‘Songs of an Unknown Tongue’ the jazz vocalist Zara McFarlane evolves the style of her previous records in adventurous ways. At its core these remain spiritual, earthy numbers, but the production of this LP has a dusky and vivid quality to it which is really rather thrilling. The sculpted electronics and dubwise atmospherics which pepper ‘Songs of an Unknown Tongue’ invoke the likes of African Head Charge and Shabaka & The Ancestors. 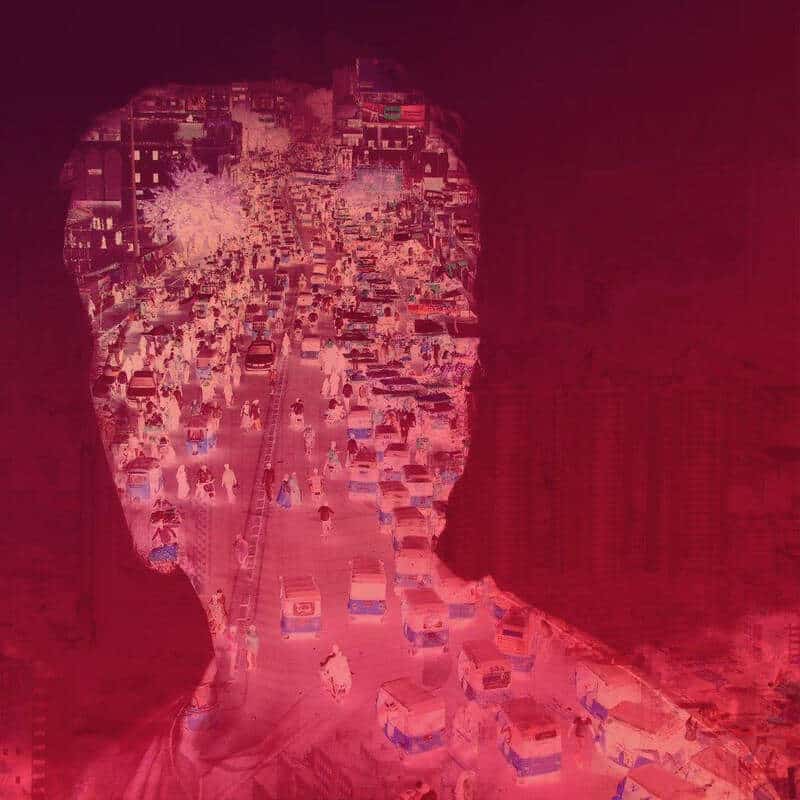 He’s trying to make you cry, y’know. That’s what Max Richter uses all those pianos and strings and harmonies and, on ‘Voices’, recordings of people reading out the Universal Declaration of Human Rights for. Blubbering. Sobbing. The jerking of tears. Richter’s new album ‘Voices’ is another über-sad, über-stirring, über-pretty collection of contemporary classical pieces from the decorated composer. One for the Erased Tapes fans among you, though this one’s actually out via Decca.